Riders say they're being ghosted by SMART buses; Officials say problems are because of staff shortages 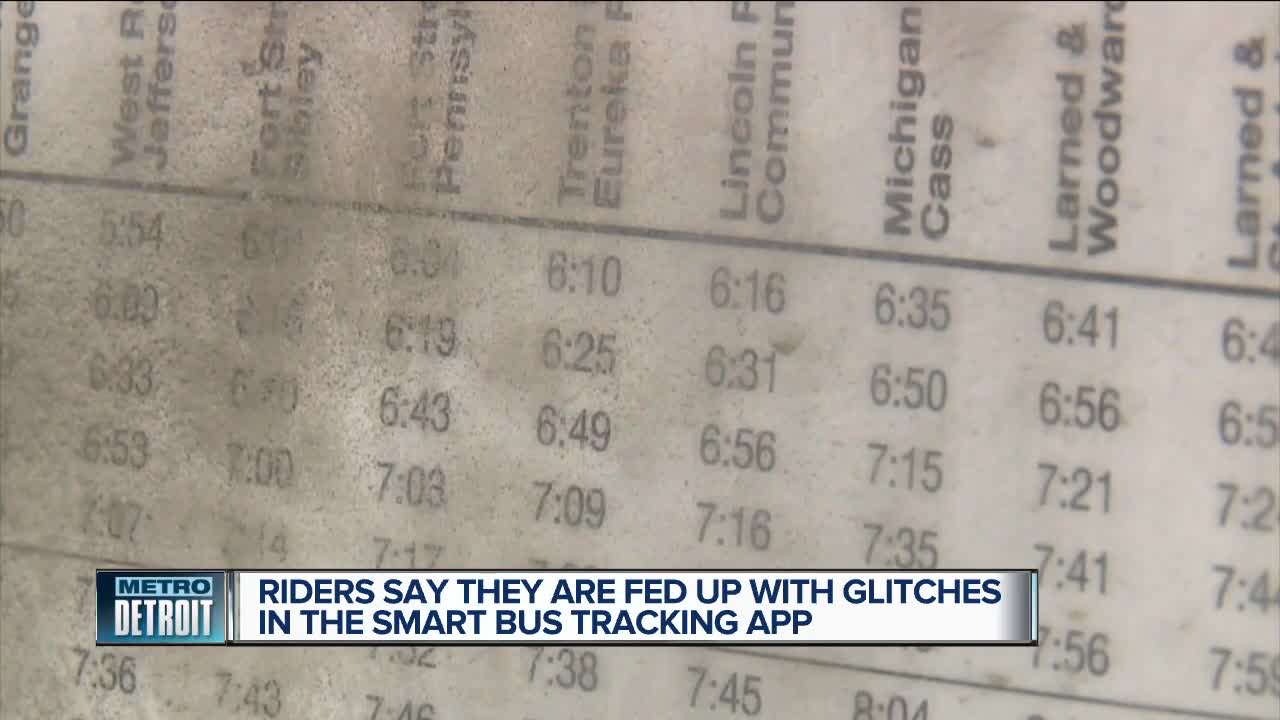 Plagued by Ghost Buses?! That's what people who commute from the suburbs to Detroit using the SMART Bus say is happening and they are fed up!

(WXYZ) — Plagued by Ghost Buses?! That's what people who commute from the suburbs to Detroit using the SMART Bus say is happening and they are fed up!

It's bad enough when a scheduled bus doesn't show up, they missed doctors appointments or are late to work.

To add insult to injury, riders say the SMART bus tracking app shows buses arriving even when they aren't. As though the app is making assumptions based on the schedule instead of tracking an actual bus.

Borucki thought the SMART bus tracking app was actually tracking a bus. In reality, it's just a tease. The app will say a scheduled but is coming ... but it never does.

"Oh, OK, 2 minutes away, 1 minute away and then zero minutes and there’s no bus," says Lisa.

She’s getting ghosted and she’s not alone.

"It will be packed out here everybody waiting for the bus," says Tony Foster.

"You’re waiting sometimes 40 minutes or longer for the next bus," says Lisa.

Lisa and Tony, like many who ride the bus, plan their day around the bus schedule. When the bus that is scheduled doesn't show up, they miss doctors appointments or are late for work.

"We need the buses to be reliable, to show up if that’s what the schedule says," says Lisa.

"It’s not like it’s just sometimes. It’s something that’s repeatedly done. It’s like an abusive relationship going back to SMART," says Tony.

We reached out to SMART to see what is going on.

"We have a severe shortage of drivers, also mechanics," explains Robert Kramer, the Deputy General Manager at SMART.

He admits, this has been a problem for awhile.

7 Action News asked Kramer why they don't adjust the bus schedule to ensure the routes can be fully staffed, but he said they don't want to remove routes. They want to try and cover them all with the staff they have.

Sometimes they have to cancel last minute because of driver availability.

"Usually it’s because they’ve called off sick or something has come up," says Kramer.

When that happens, Lisa has a request: "Can you take it off the tracker so we’re not waiting for something that won’t show up?"

Kramer says no. They can't. The system is scheduled for an upgrade, Kramer says BUT:

"But the system can not tell automatically, hey we know this bus is not going to show up," says Kramer.

So the bus tracking app isn't designed to let you know when the bus *isn't coming, just when it *is.

Kramer says they are beta testing new technology that riders can sign up for to receive a text or email when a route is cut for the day.

Last year, 7 Action News did a story about buses not showing up on time or at all and SMART said they were short on drivers back then. They also said they were working on technology to communicate better with riders.

It's been a year and riders say they are still waiting for a bus system they can rely on.