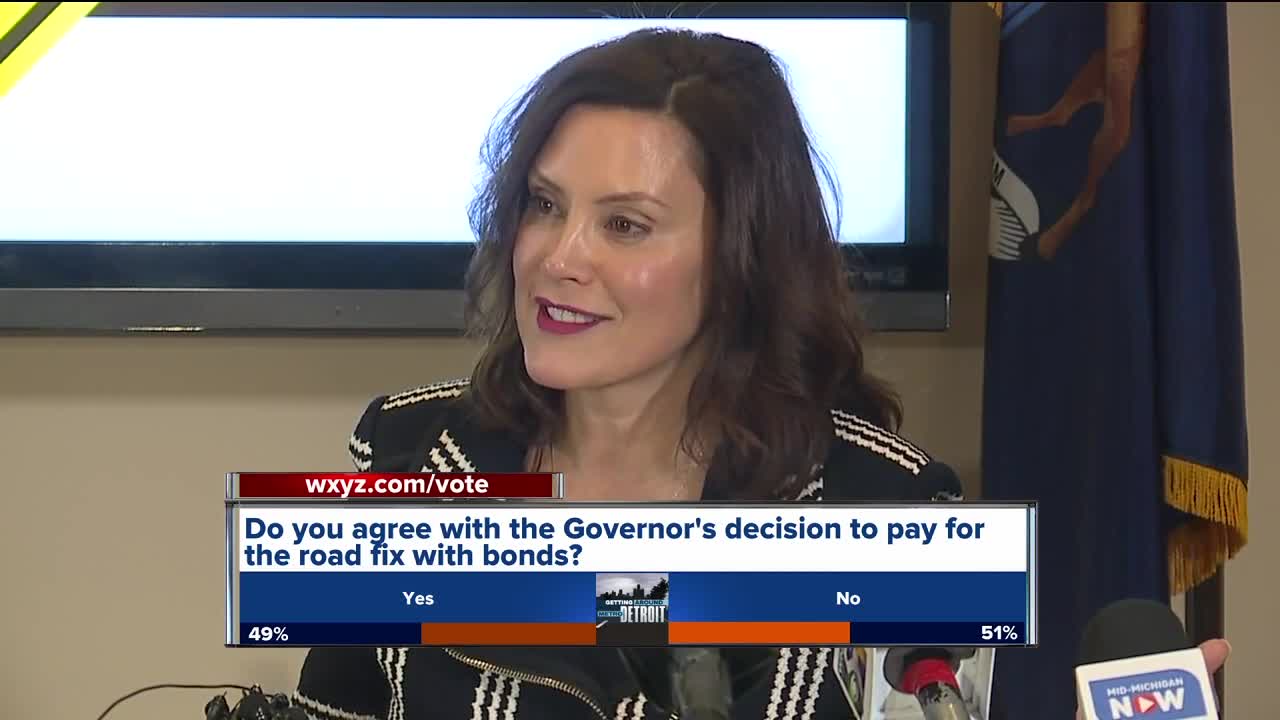 A state panel unanimously approved the Governor’s plan to borrow $3.5 billion for road construction projects around the state on Thursday. The State Transportation Commission heard details from the state Department of Transportation just hours after the plan was announced.

LANSING, Mich. (WXYZ) — A state panel unanimously approved the Governor’s plan to borrow $3.5 billion for road construction projects around the state on Thursday. The State Transportation Commission heard details from the state Department of Transportation just hours after the plan was announced.

Governor Gretchen Whitmer announced the bonding plan during her state of the state speech Wednesday night. She admits the plan is not perfect. The big problem is that under the law such bond dollars can only be used on state roads.

“My ability to impact every roadway is limited when it is done unilaterally,” said Gov. Gretchen Whitmer.

She says she chose this route after Republicans in the legislature refused to negotiate with her on a plan to fund road repairs without taking away from schools.

“I want to get things done. We are going to move forward with this plan in hope that the legislature comes to the table with a solution,” she said.

Speaker of the House Lee Chatfield and Senate Majority Leader Mike Shirkey held a press conference to respond. They call the plan hypocritical.

“This governor vetoed nearly $400 million in one time funding for roads. Why? She said it wasn’t a long time solution. So what is her plan b? A short term financing solution,” said Rep. Chatfield.

The governor says her plan comes as the state pays off other debts and interest rates are low. As a result she says its impact would be minimal on the state budget.

Republicans say it could lead to future cuts in programs.

“When you bond you have an obligation to service those bonds and you do that out of cash flow. There is a finite amount of cash flow, so at some point in time we are going to sacrifice other programs and other things including road spending to service bonds,” said Sen. Shirkey.