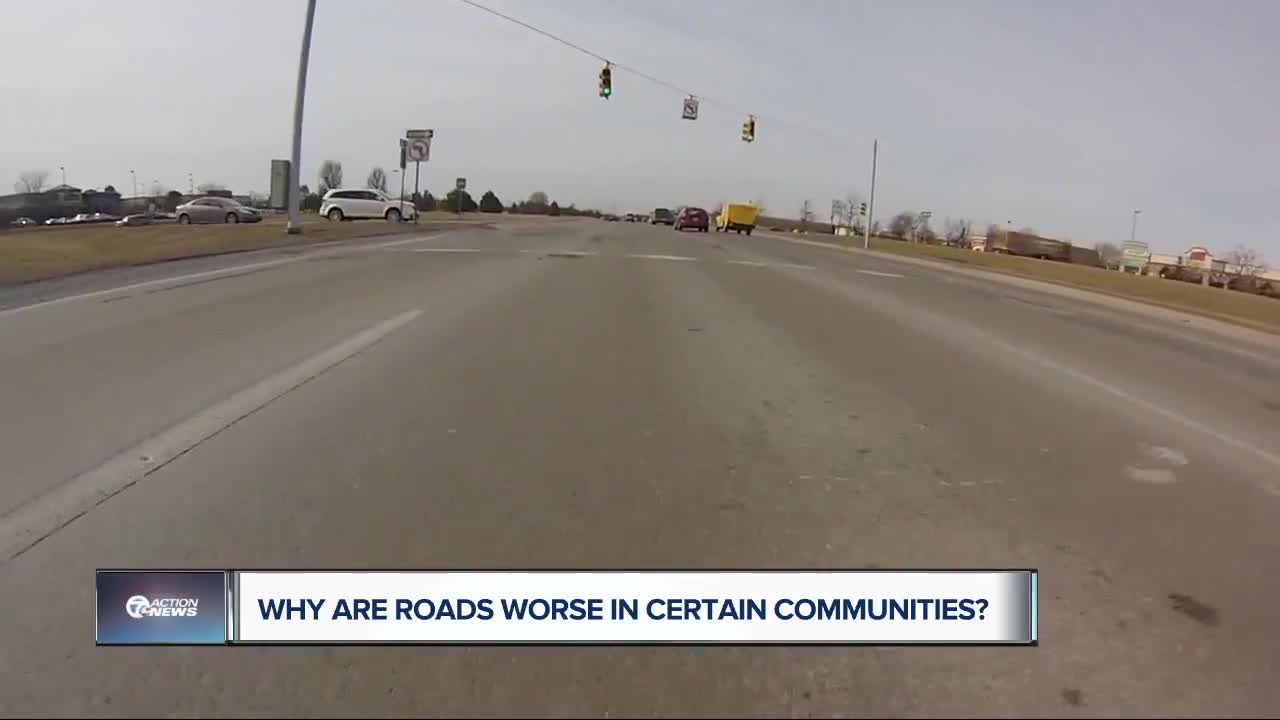 We're taking a look at why the roads are worse in some communities and better in others.

(WXYZ) — If you are tired of hitting potholes, imagine being on a team that grades the quality of 8,000 to 9,000 miles of federal aid eligible roads in metro Detroit.

“We have been doing this since 2003,” said Tom Bruff, manager of Transportation Planning at SEMCOG.

But why is there a bit of a disparity?

7 Action News' Kim Russell spoke to the Washtenaw County Road Commission. We were told one thing they do is not focus on poor roads.

“(We're) really trying to keep our good roads in good condition, bring our fair roads up to good rating, and then eventually we have to get to the poor roads as well,” said Matthew MacDonell, director of engineering at the Washtenaw County Road Commission.

The reason? A job we saw them doing while we were there, where they are milling off and replacing only the surface of a road costs about $170,000 a mile. It can turn a road in fair condition into a road in good condition, with many more years of use.

Once a road is in poor condition, however, it often needs to be reconstructed. That can cost about $1 million a mile.

“We just can’t fix as many of those each year or we would never be able to get to other roads we want to preserve,” said Emily Kizer, communications manager for the Washtenaw County Road Commission.

The county says its roads are also slightly better than other counties because voters have approved a milage that provides between $3 and $4 million to its approximately $40 million budget.

“It would cost $100 million today to get all of the roads into good condition or keep the ones that are good in good condition,” Kizer said.

SEMCOG says traffic levels, soil quality under the roads and water levels all impact how long roads last, adding to the slight differences in road quality county to county. It says the bottom line is funding is needed to fix the roads.

“Since the roads are getting worse every year, the cost for these fixes continues to go up,” Bruff said.