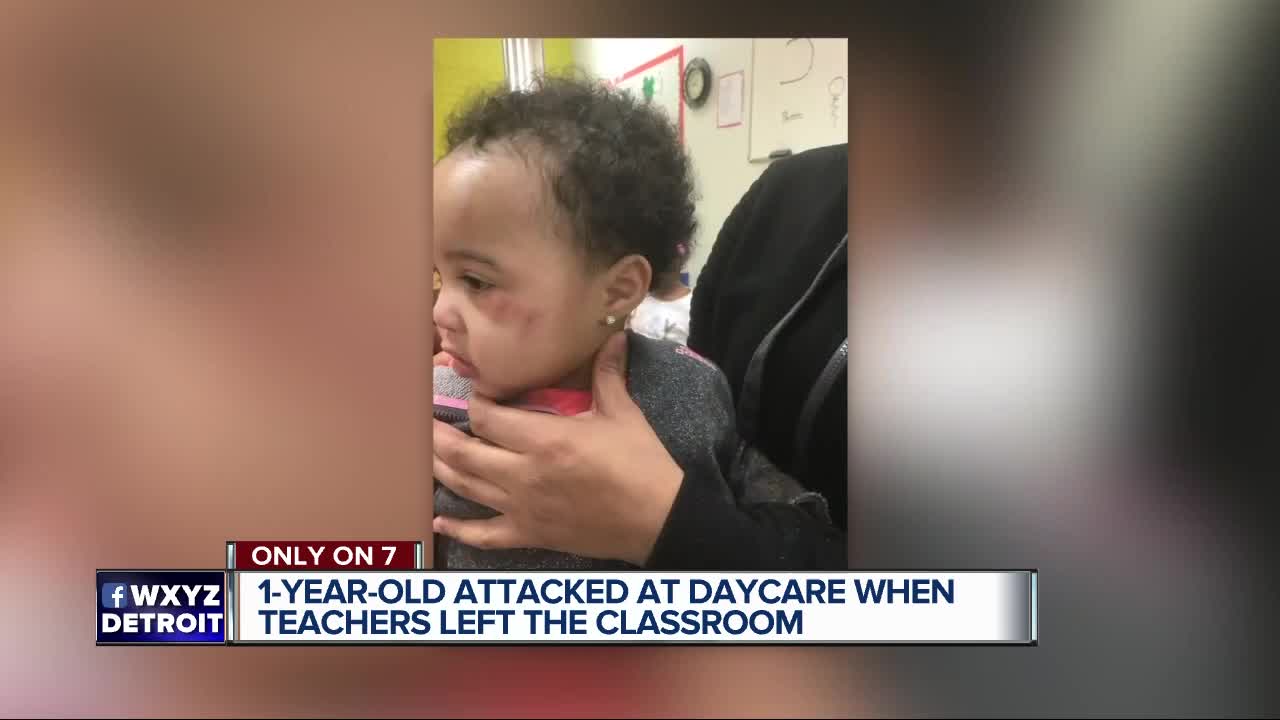 A grandmother is speaking only to 7 Action News after she says her 1-year-old granddaughter was pushed into a cubby then bitten by another child, all while teachers who were supposed to be watching the children where out of the classroom. 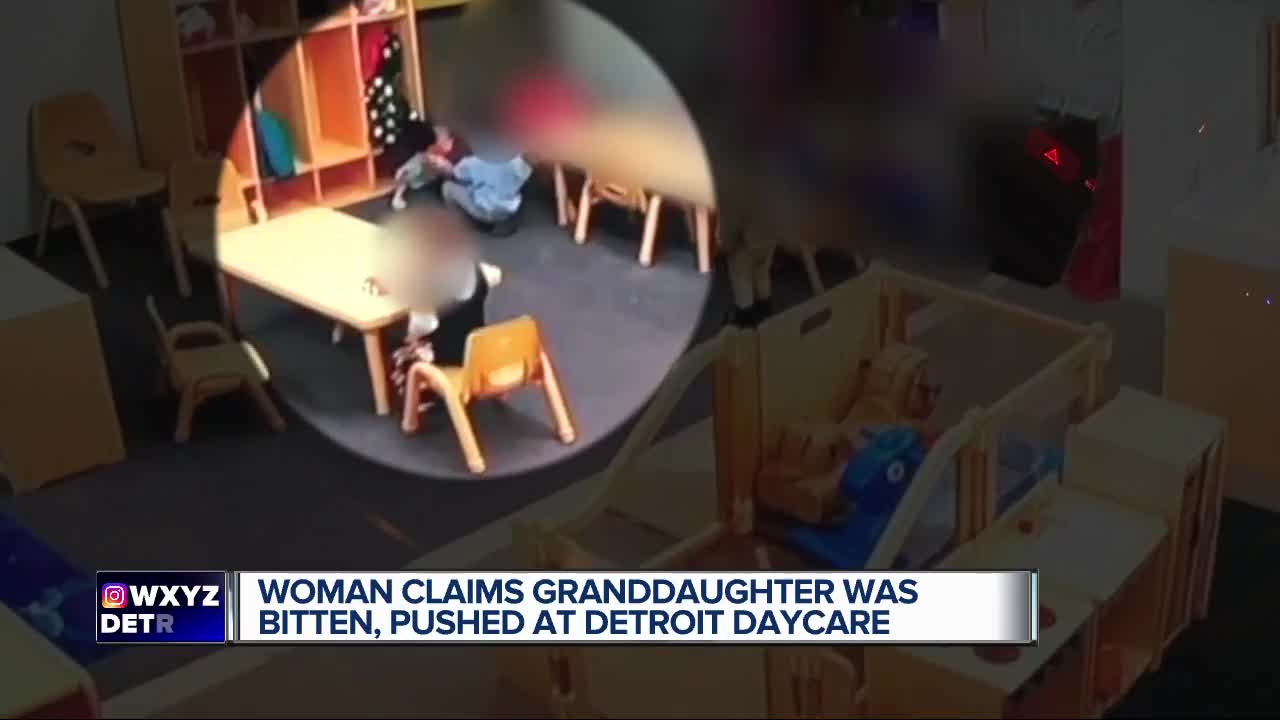 DETROIT (WXYZ) — A grandmother is speaking only to 7 Action News after she says her 1-year-old granddaughter was pushed into a cubby then bitten by another child, all while teachers who were supposed to be watching the children where out of the classroom.

The incident happened at New Beginnings Child Care and Academy on Detroit's west side. The child’s grandmother says some employees aren’t doing their job protecting children and putting others in danger.

"It was just very traumatizing to watch," Jennifer Travis said after watching surveillance video of an attack on her granddaughter.

Surveillance video on Wednesday inside the child care facility shows a terrifying incident.

"We watched the video of this little girl attacking my granddaughter," Travis said.

Jennifer says her 1-year-old granddaughter Melanie was left with bite marks on her left cheek, a bump on her forehead and a scratch on the side of her nose after she was attacked inside one of the classrooms with no supervision around.

"I’m screaming like where are the teachers," Travis said. "There’s no teachers in here. How do you care about kids, how are you in this job and you just leave out."

An employee inside did not open the door.

The owner of the daycare, Bernda Atterberry, later contacted 7 Action News with this statement:

My staff are certified and very caring with all of the children. Unfortunately, because of one of my staff who have been working in child care for over five years and never had any incidents, she made a poor decision, which caused harm to a child. Child care licensing was notified immediately. The staff were immediately terminated."

We looked deeper into the daycare and found a previous violation filed with LARA. One incident happened last July when a child was given peanut butter, even though records at the daycare showed the child had a peanut allergy.

"I think that it needs to be closed," Travis said. "I think the owner doesn’t need to run daycares."

Jennifer says she's concerned about other children still in the daycare. She doesn’t want what happened to her granddaughter to happen to other children.

"My grandson, he had a scratch one day, it’s no big deal, it happens with kids – but not to this extent," Travis said.

A police report was also filed. As for 1-year-old Melanie, the family says they're keeping her home while they look for another daycare.