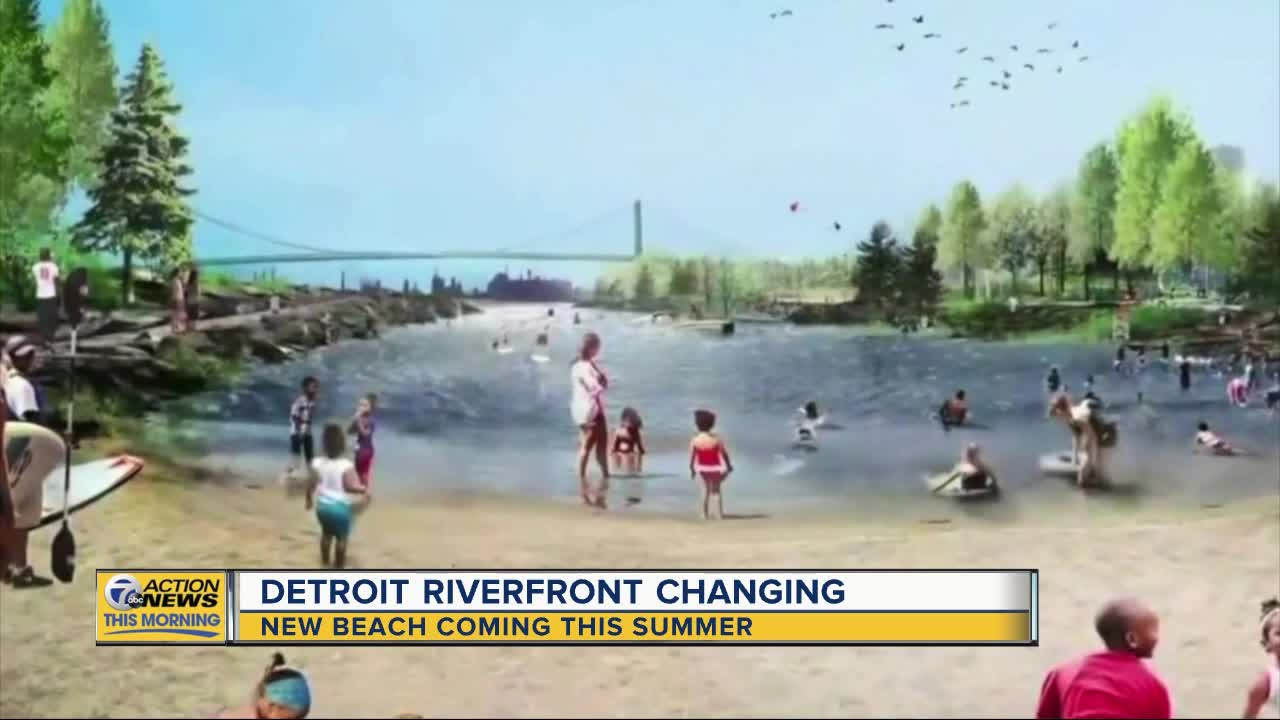 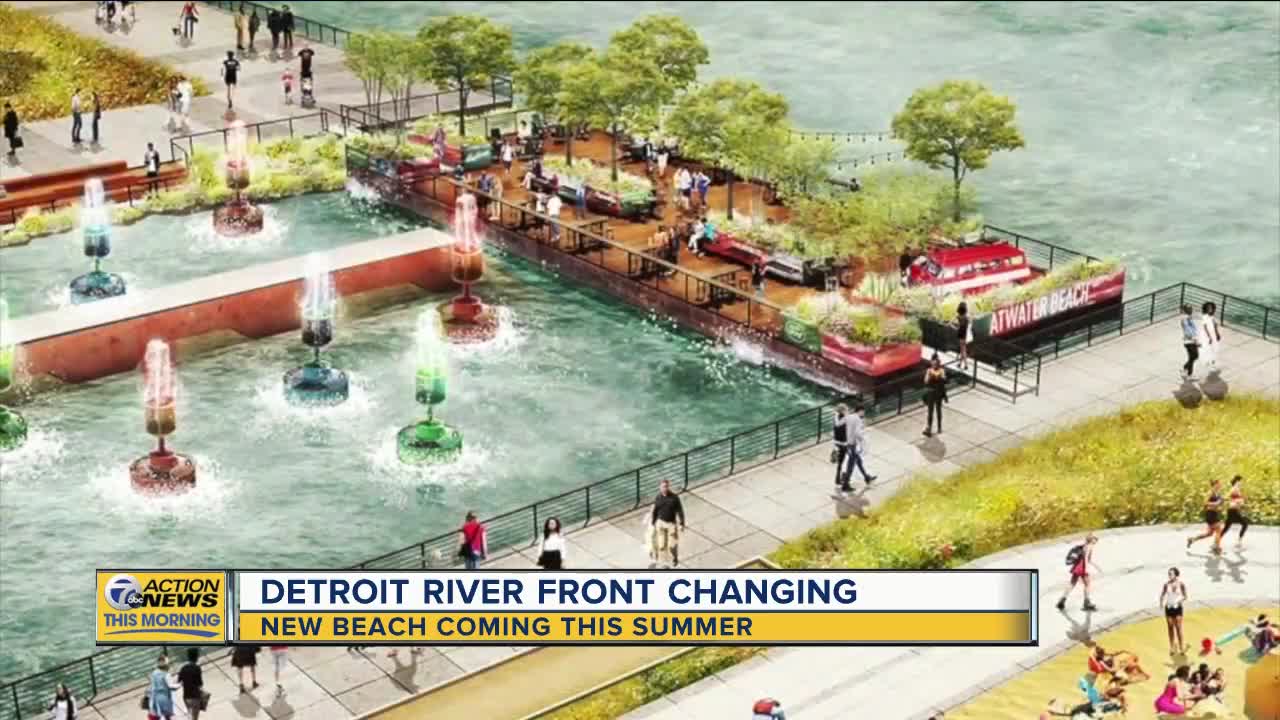 DETROIT (WXYZ) — The Detroit riverfront is undergoing a facelift. There’s always been a hope to connect Belle Isle to the Ambassador bridge — a 5.5 mile stretch that had several disconnected spots making a true riverwalk impassable without a jaunt through city streets. That’s starting to change.

“It’s starting to come back for sure,” said Al Taylor, as he cast his line into the Detroit River on a Thursday morning.

“I have went through all the stages with the city,” he adds. “From the ’70 riots until now. We need change, and it’s changing fast.”

Taylor said watching the changes along the riverfront has him excited. He’s gone there to fish since his grandma and father put a fishing reel in his hands around the age of 2. He has a young son himself that he is hoping to take swimming one day in the river — a reality in the near future according to the Detroit Riverfront Conservancy which has major plans to overhaul the West Riverfront Park while renaming it Ralph C. Wilson Junior Centennial Park.

“We spent a lot of time looking at the water and how it functions,” said Mark Wallace, the President and CEO of the Detroit Riverfront Conservancy. “We think we have a solution that keeps the swimming area relative peaceful so you don’t have to worry about current. We intend to bring in the river water onto this site so there will be a bit of a harbor area for a cove for swimming.

We also talked about the new beach that'll come to the west riverfront park -- construction won't start until 2020, but the plan is to create a cove to allow for swimming! pic.twitter.com/ZnOd2zREzR

That move won’t begin until 2020 — it will likely take two years to bring the entire project to fruition, but there are other changes happening in the short-term.

Last year, WXYZ reported on a land swap that would free up a portion of land that marked one of the biggest disconnects of the current riverwalk. Right now, construction crews are working to create what will become “Atwater Beach.” That beach won’t be for swimming, but instead will consist of a floating barge and sandboxes for children to play in. It’s expected to have food, and drinks for adults too.

ICYMI: We gave an update on the Atwater Beach this AM on @wxyzdetroit - it'll open mid-summer. The space isn't for swimming, but it'll bring food, drinks and sand barges to the riverfront not far from @atwaterbeer. I told you about it earlier in 2018: https://t.co/BexbzfGygL pic.twitter.com/FqWCco3KkH

“That whole vision is starting to come together and this system of connected parks along the waterfront is really starting to take shape," said Wallace.

There is also work to clean-up an industrial site which will allow a further expansion of the river. All in all, the plans hatched more than a decade ago to connect the riverwalk is now becoming a reality.

Taylor said he’ll have to find a different spot to fish along the riverwalk when sand takes over the cement walkway he casts his line currently, but he’s been assured that there’s plans to keep space for those already utilizing the riverwalk, and the many more that are expected to arrive. Taylor said that will include his family.

“I’ll be out here all the time,” said Taylor with a laugh, casting his line out for one more walleye. “This is my city.”