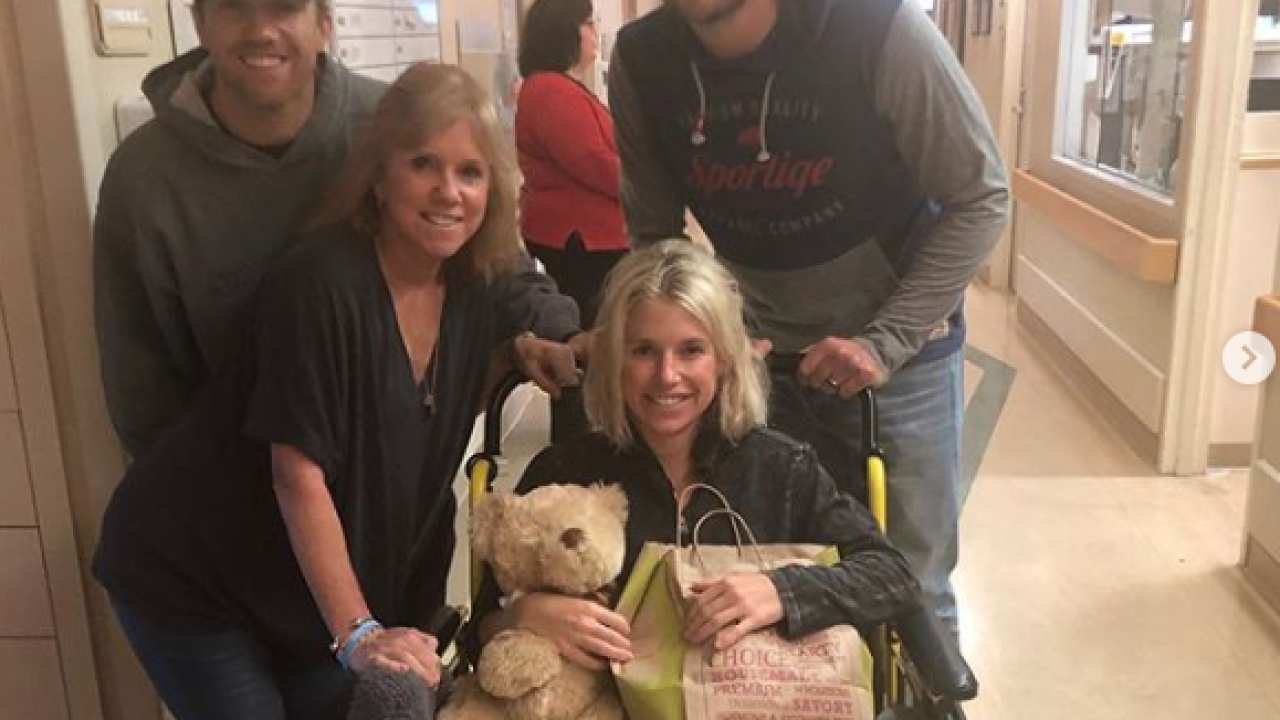 Kelly, the wife of Detroit Lions Quarterback Matthew Stafford, posted on Instagram Sunday: "This Easter is the beginning of a new life for me."

This Easter is the beginning of a new life for me. I wanna take a second to thank all of you for all the prayers. They have worked. I know they have. When they opened me up, I had an abnormal vein.. maybe abnormal for other neurosurgeons, but not the one We chose. He had seen it before and written a paper on it. That’s truly God’s work. The prayers for my family, I’m beyond thankful for. A six hour surgery went to 12 hours and although they were anxious and scared, your prayers got them through. Thank you. Thank you so much. Now I am home and learning my new norm. It’ll take some time, but I really just wanted to say thank you. Thank you for all your support, thoughts and prayers. It means more than y’all will ever know. #cupscrew

Earlier this month, Kelly announced that she would be having surgery to remove a tumor.

According to the post, she began to notice things were different within the last year, and would get dizzy or off balance.

"Things that I had been doing my entire life were now, all of a sudden, difficult," the post reads.

She said she then kept getting vertigo after January and they went to the ER, but all signs were that she was fine.

Eventually, after several vertigo spells, the Lions' team doctor suggest she get an MRI of the brain to rule everything major out.

"A few days later we were hit with the results, she wrote. "I had a tumor sitting on some of my cranial nerves. The medical term they used was an acoustic neuroma or vestibular schwannoma All I heard was brain tumor & that they had to do surgery to take it out.. so that is what we are going to do & we believe we found the best doctor to do it. I’d be lying if I said I wasn’t completely terrified of brain surgery."