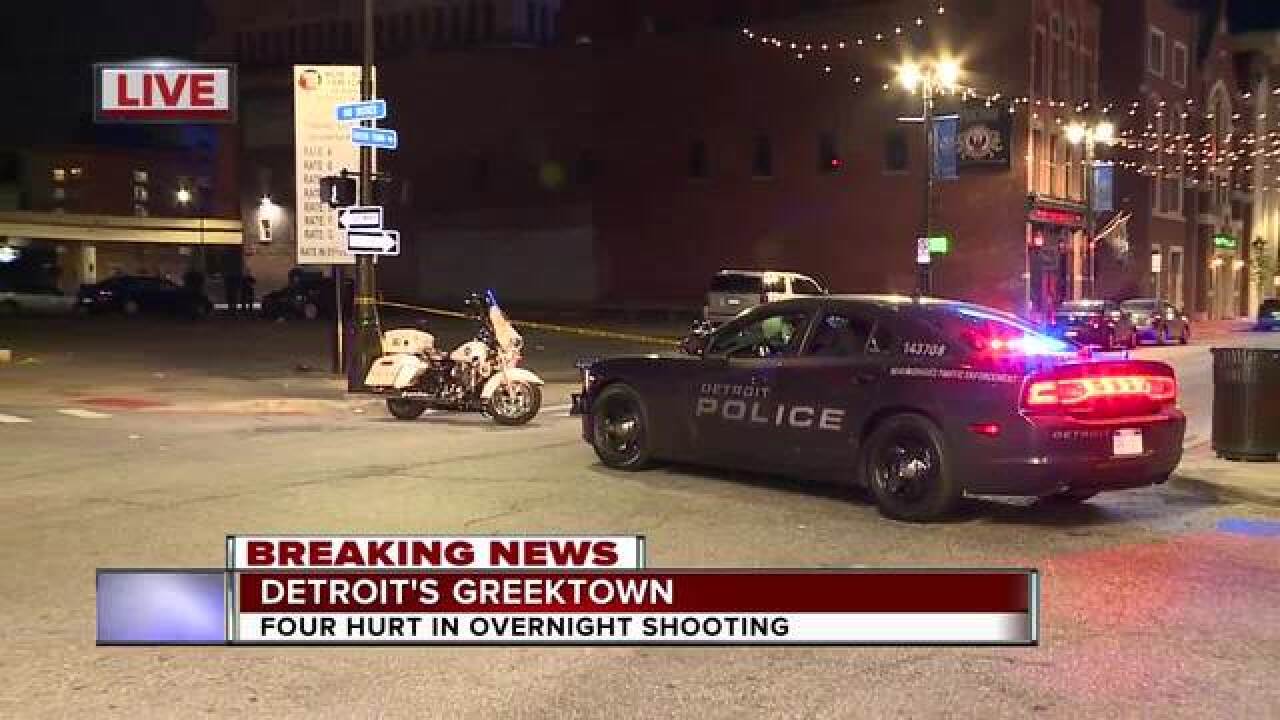 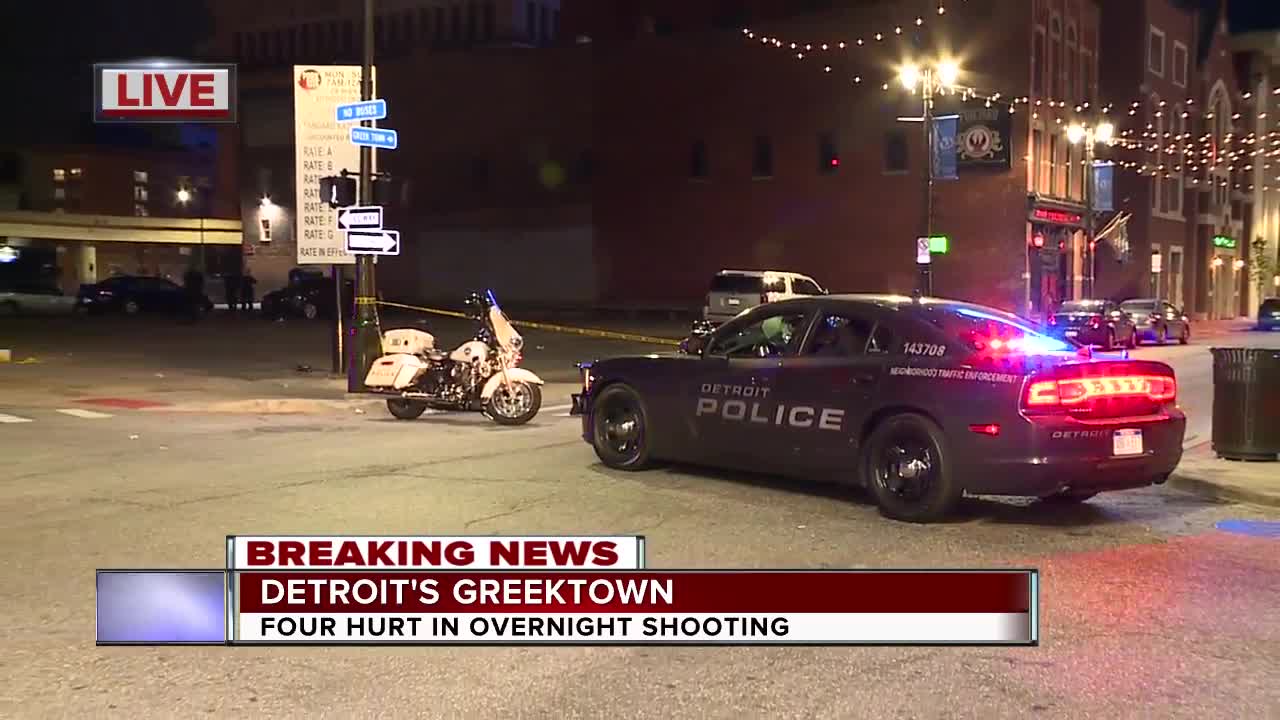 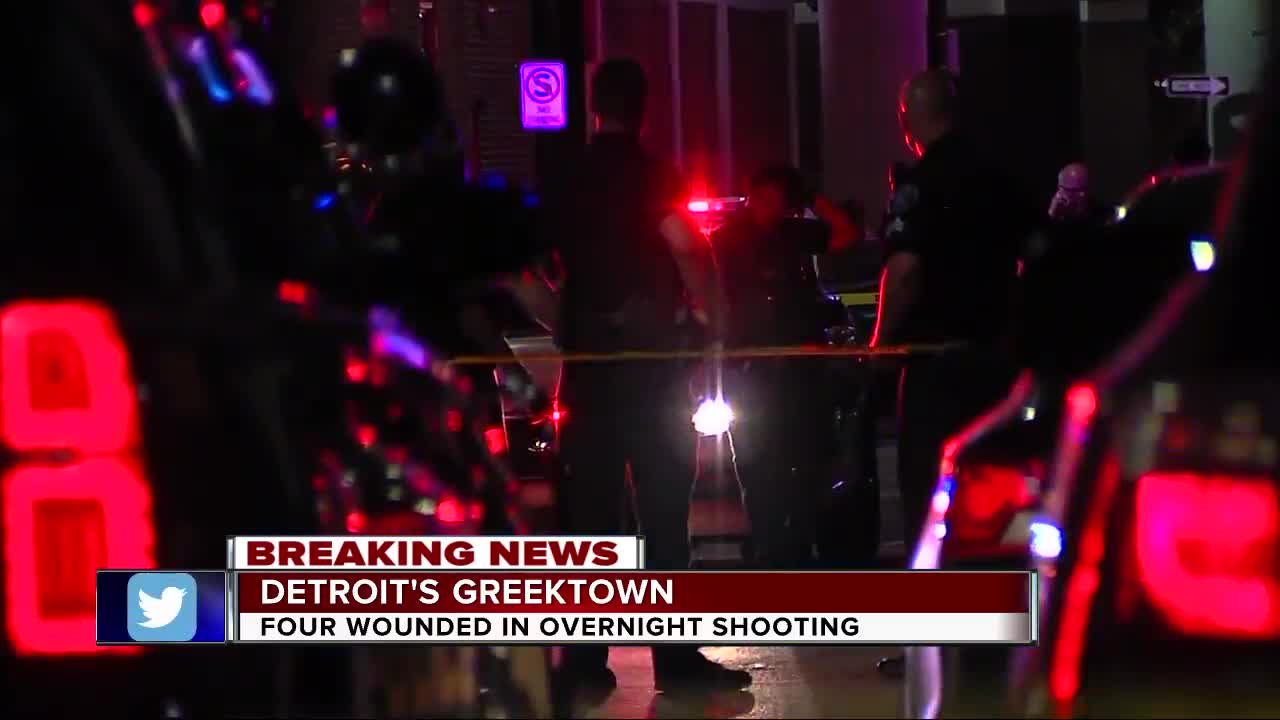 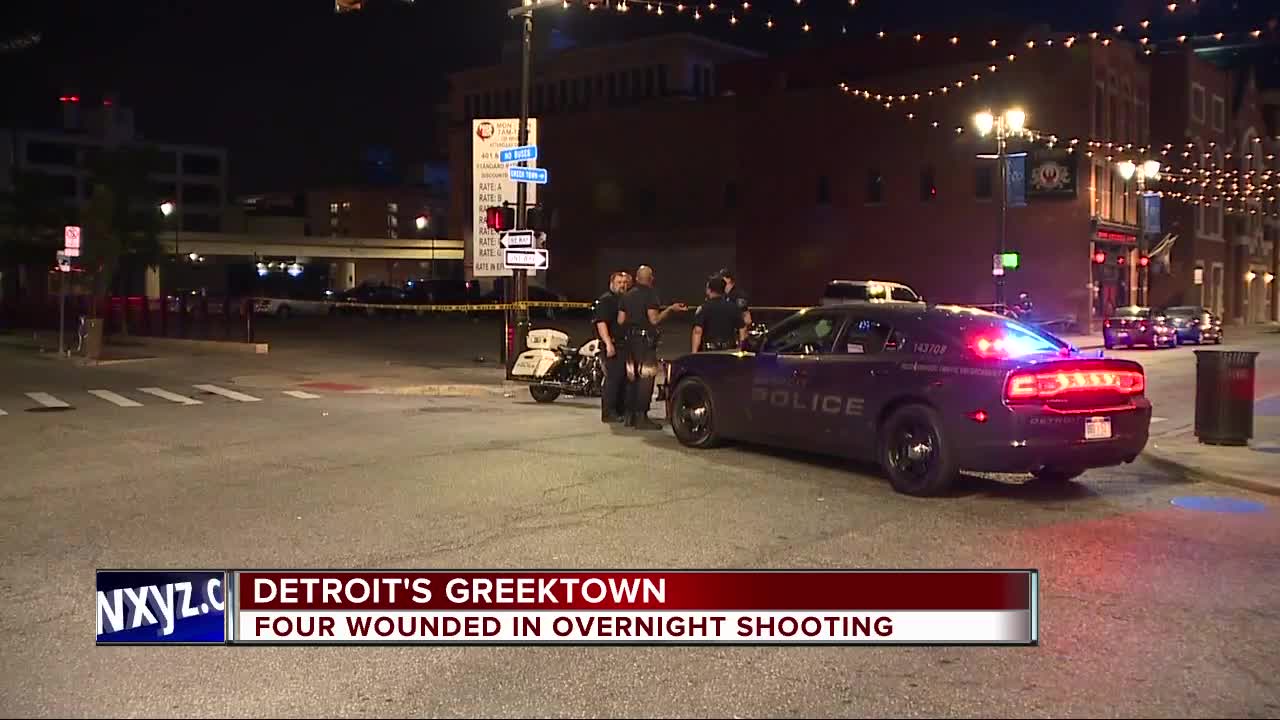 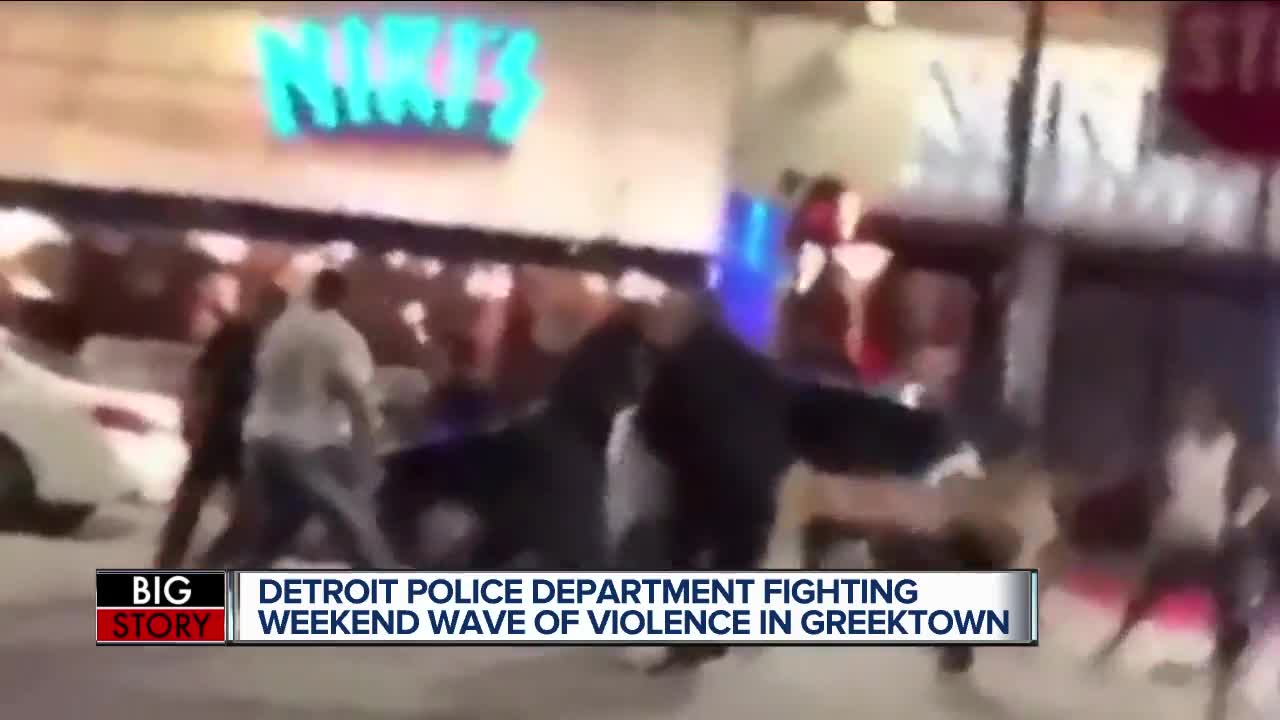 At least four people were shot in Detroit's Greektown overnight.

Police were called to the area of Monroe and Brush just before 1 a.m. Tuesday. This is the third shooting in that area since Saturday night.

Witnesses say they were walking in Greektown when they heard the shots ring out.

Police say two groups of people were arguing and fighting in an alleyway near Fishbones restaurant when two of them pulled out guns and started shooting.

There were at least 16 shots fired, according to witnesses on the scene.

Since Saturday, there have been two shootings in Greektown near the location of the most recent shooting. Two men were arrested Saturday night after a shootout near Beaubien and Lafayette. Another shooting occurred early Monday morning on Larned and Brush streets.