Oakland County Executive L. Brooks Patterson passes away at the age of 80 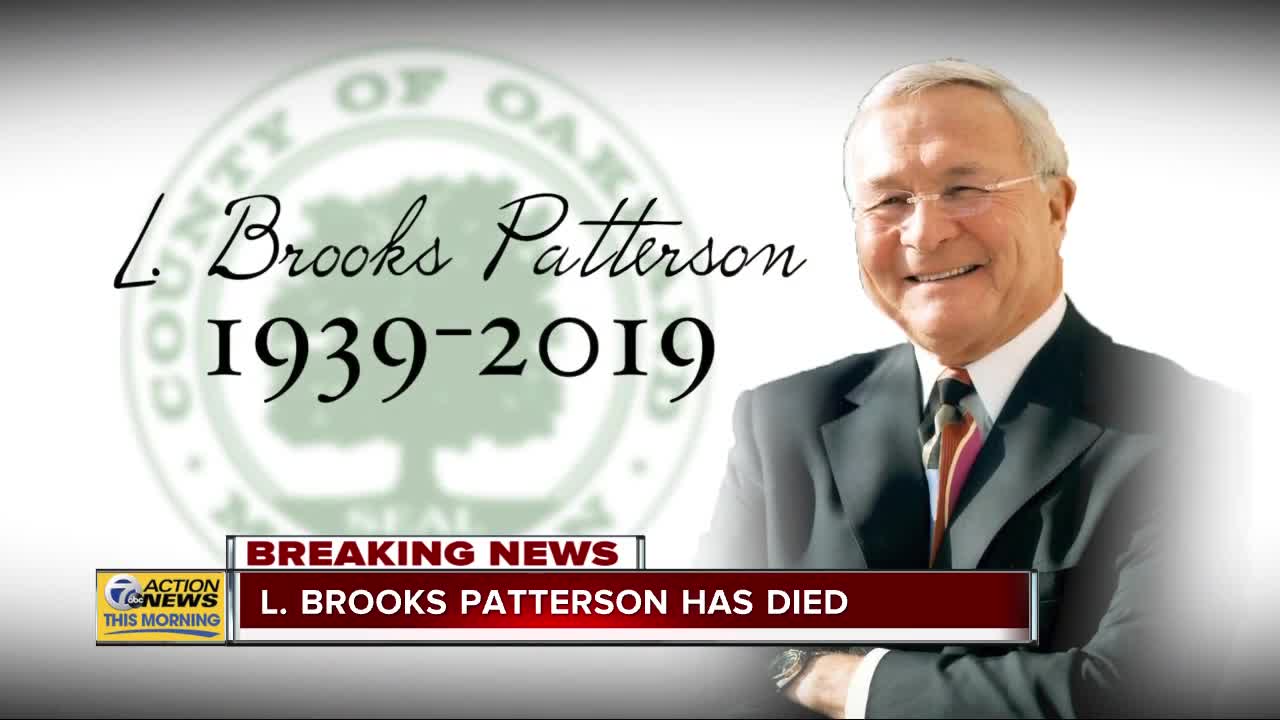 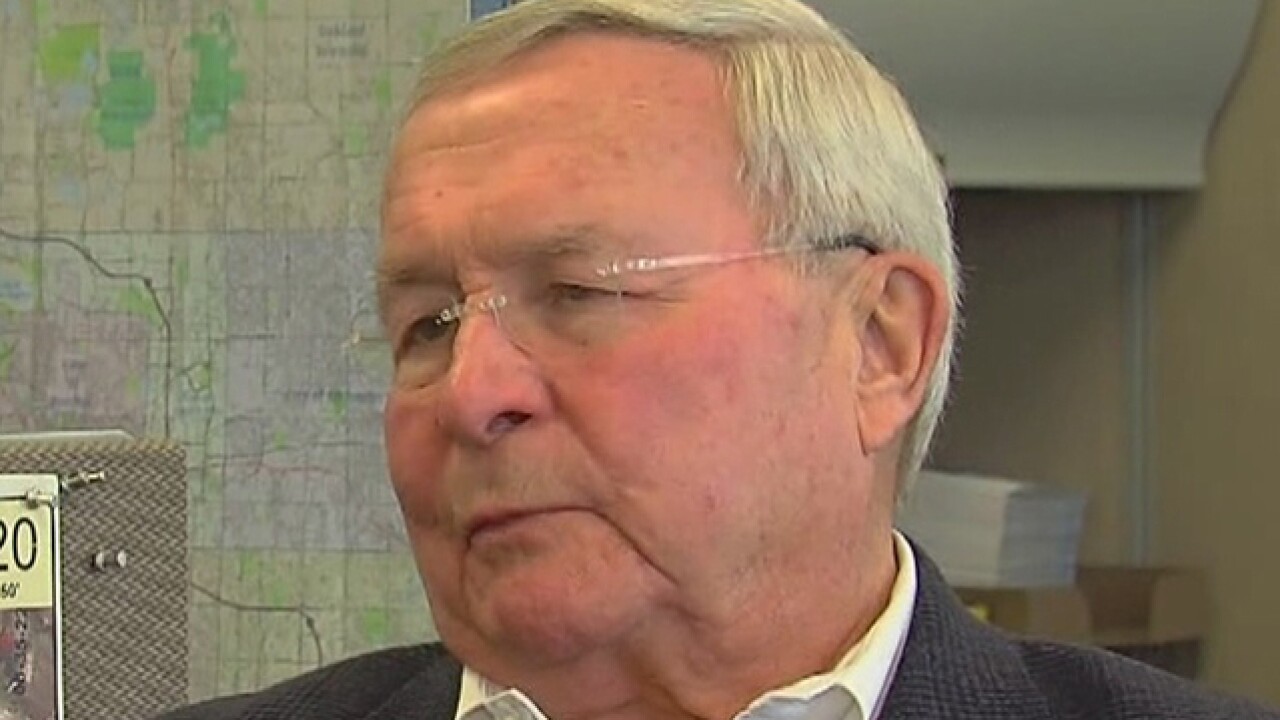 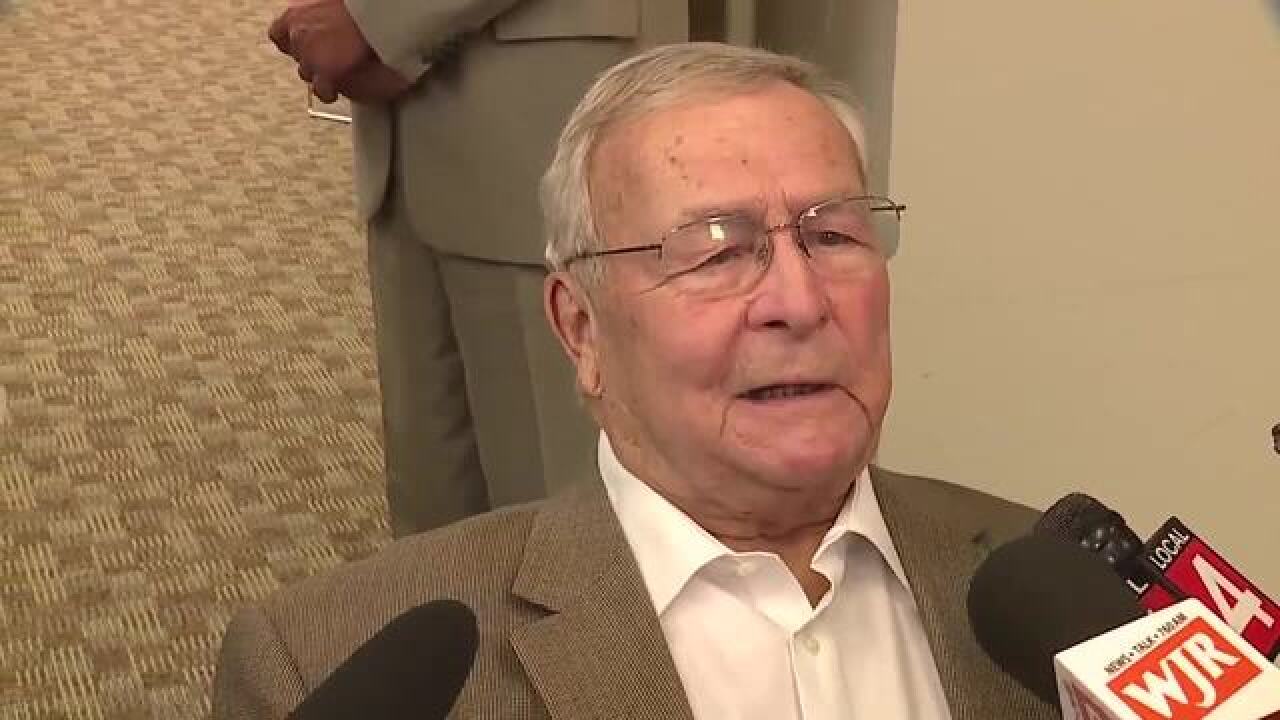 He died at 5:30 a.m. Saturday morning at his Independence Township home surrounded by family and friends after his battle with pancreatic cancer.

Patterson began his public service to Oakland County more than 40 years ago. He served as Oakland County Prosecutor for 16 years and was elected as executive in 1992, where he served until his death.

During his leadership in Oakland County, the county has been able to maintain its AAA bond rating, and it has been ranked among the best counties in both the state and the country.

According to the county website, Brooks' leadership has also attracted billions in private investment and the county's reach extends across the globe to more than 1,000 firms in nearly 40 countries that operate inside the county borders.

"I think we're going to redesign Oakland County's logo to look like Superman's 'S,' only in this instance it'll stand for 'strong,'" Patterson said in a statement at the time. "Oakland County clearly is doing everything right from attracting jobs from outside MIchigan to balancing multi-year budgets while maintaining low taxes."

He was a controversial figure in Oakland County and in metro Detroit. In a 2015 article for The New Yorker, Patterson gave a tour to the reporter as they headed for Lake St. Clair.

"Anytime I talk about Detroit, it will not be positive. Therefore, I'm called a Detroit basher. The truth hurts, you know? Tough s***," he said, according to the article.

In the same article, Patterson told the reporter that during his time as prosecutor, criminals avoided Oakland County because he banned plea bargains and knew he was a "crazy motherf***er."

Just last year, Patterson blasted a group of metro Detroit businesses trying to take businesses from Oakland County to move them to Detroit. When asked if Oakland County would join the group of CEOs, he said, "Oh hell no. I'd rather join the Klan." He later apologized for the statement.

In August 2012, Paterson was involved in a serious car accident in Auburn Hills that left him with two broken wrists, two broken ankles, a broken leg, broken hip and several broken ribs. His driver was also paralyzed in the crash.

He was in the hospital for more than a month, then spent time at a rehabilitation center and was wheelchair-bound every since.

The driver of the other vehicle was charged in the crash as he failed to yield to the turning vehicle at Auburn and Opdyke.

Patterson told the Detroit Free Press that after the crash, he got closer with his entire family, and even said that "every conversation always ends with 'I love you.'"

Late last year, there was speculation that Patterson would retire, but his communications director quickly shot down those rumors, saying he would not resign and would serve out the remainder of his two years as executive.

"At some point, I'm going to have to surrender my office," Patterson told Crain's Detroit Business last year. "I don't own it. I merely rent it. It's owned by the people. The people have been gracious enough to return me to the office, and resigning this year is an option I'm exploring."

Patterson was also heavily involved in starting The Brooksie Way half marathon in honor of his son, Brooks Patterson.

Brooksie, as he was known by family and friends, died at the age of 28 in 2007, just days after Patterson delivered the State of the County address.

"Brooks Stuart Patterson's lasting legacy is the exuberance with which he lived his life, the passion he had for family and friends, and his dreams for the future," the website reads. "That's why we named the race in his member, 'The Brooksie Way.'"

In 2013, Governing, a non-partisan magazine, named Patterson one of the public officials of the year.

"Oakland's resilience is due in large part to an idea Patterson first expressed more than 16 years ago. In his 1997 state of the county address, he outlined his vision for diversifying the economy by making the region a top draw for tech companies," the article read. "The cultivation of Automation Alley is a big reason why Michigan began landing on top tech lists int he past five years, and why the state led the station in tech job growth between 2009 and 2010."

"As Oakland County embarks on our 200th anniversary as a county in 2020, we face a crossroads and must choose the path leading to an Oakland County that builds on our strengths, while adding more equity, equality and opportunity, countywide," Meisner said in a statement.

In a response, Patterson said, "It's obvious Andy wasn't paying attention during my political lecture on peaking too soon."

“I’m saddened by the passing of Brooks Patterson. You never had to wonder where you stood with Brooks, and I always appreciated that. He had the uncanny ability to make you laugh, even when you completely disagreed with what he was saying, and we disagreed plenty. But we worked well together because we understood and respected each other. He fought for what he believed was best for his county every single day.

When I took office as executive, Wayne County needed to implement major fiscal measures to avoid bankruptcy. Brooks generously lent high-level Oakland County staff to share their expertise as we created our Recovery Plan. That played a significant role in the Wayne County turnaround and I will be forever grateful for that. My thoughts and prayers are with his family and loved ones.”