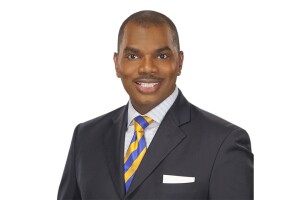 From the heat and humidity of July to January’s gently falling snow, it’s the seasons that make Michigan so special. You’ll find Action News meteorologist Keenan Smith out enjoying it all.

It’s the fact that Michigan has four distinct seasons that lured him away from forecasting tropical weather in sunny South Florida.

Prior to joining WXYZ, Keenan made several other stops in the Midwest, including WGN and CLTV in Chicago, and WEEK-TV in Peoria, Illinois. His first TV job came at WGAL, the dominate NBC affiliate in Lancaster, Pennsylvania. He started as an intern and a few months later he was anchoring cut-ins overnight.

Keenan left Lancaster to take a job "behind the scenes" with NBC News in New York City, where he worked for Dateline NBC and NBC's New York News Bureau. Keenan return to on-camera work at WZBN in Trenton, New Jersey and Raleigh, North Carolina.

A native of Philadelphia, Keenan graduated from Franklin and Marshall College and received a Dual Masters degree from Princeton University in New Jersey. He went on to study meteorology at Penn State, the College of DuPage, Portland State and Oklahoma State.

Keenan is the proud recipient of an Illinois Associated Press Award for Investigative Reporting. He was elected to full member of the American Meteorological Society and holds the AMS Seal of Approval. In 2005, Keenan was nominated for a Midwest Regional Emmy Award for Best Weather.

Keenan is married and the parent of two sons. If you see him out and about Southeast Michigan make sure to say hello! You can always catch him on Facebook. Send him your pictures of Michigan weather and life.