Artist vows to destroy Banksy work he bought for $730K 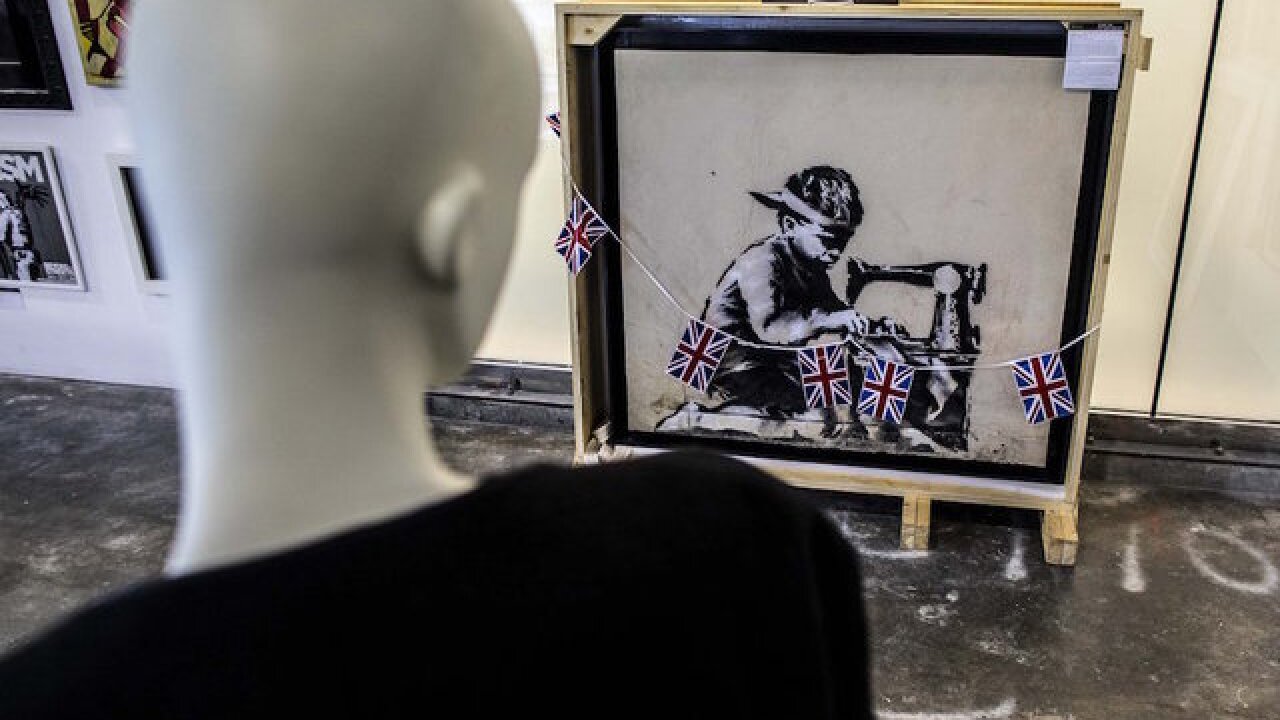 © 2018 Cable News Network, Inc.
Barbara Davidson/Getty Images
<p>US artist Ron English has vowed to whitewash an artwork by Banksy that he bought for $730,000, in protest of the market in street art.</p>

US artist Ron English has vowed to whitewash an artwork by Banksy that he bought for $730,000, in protest of the market in street art.

The piece in question, titled "Slave Labour," depicts a young child on his knees by a sewing machine as he produces Union Jack bunting. It was painted on the outside wall of a bargain shop in north London in 2012 but was removed from the wall months later, before resurfacing at auction in Miami.

The lot was withdrawn after protests, but the artwork was eventually sold in London in 2013.

"Slave Labour" was sold again on Wednesday at Julien's Auctions in Los Angeles. English, who bought the piece, told the UK's Press Association news agency that he planned to whitewash it "for my good pal Banksy."

"This is a blow for street art. It shouldn't be bought and sold," English -- who is a street artist himself and has gotten arrested many times for using public billboards, ad spaces and other highly visible spaces for his paintings and sculptures -- told Press Association.

"I'm going to paint over it and just include it in one of the walls in my house," English said. "We're tired of people stealing our stuff off the streets and reselling it so I'm just going to buy everything I can get my hands on and whitewash it."

He added that he plans to sell the whitewashed piece for "a million dollars ... I'm crazy but I'm not stupid."

The sale comes after Banksy shredded his "Girl With Balloon" last month, just after it was bought for $1.4 million at Sotheby's. The prank was widely interpreted as an example of street artists deploying guerrilla tactics to expose their disdain for the art world.

Nonetheless, the European buyer decided to go through with the purchase. According to Sotheby's, she was happy to "end up with my own piece of art history."