How does the royal family make its money? 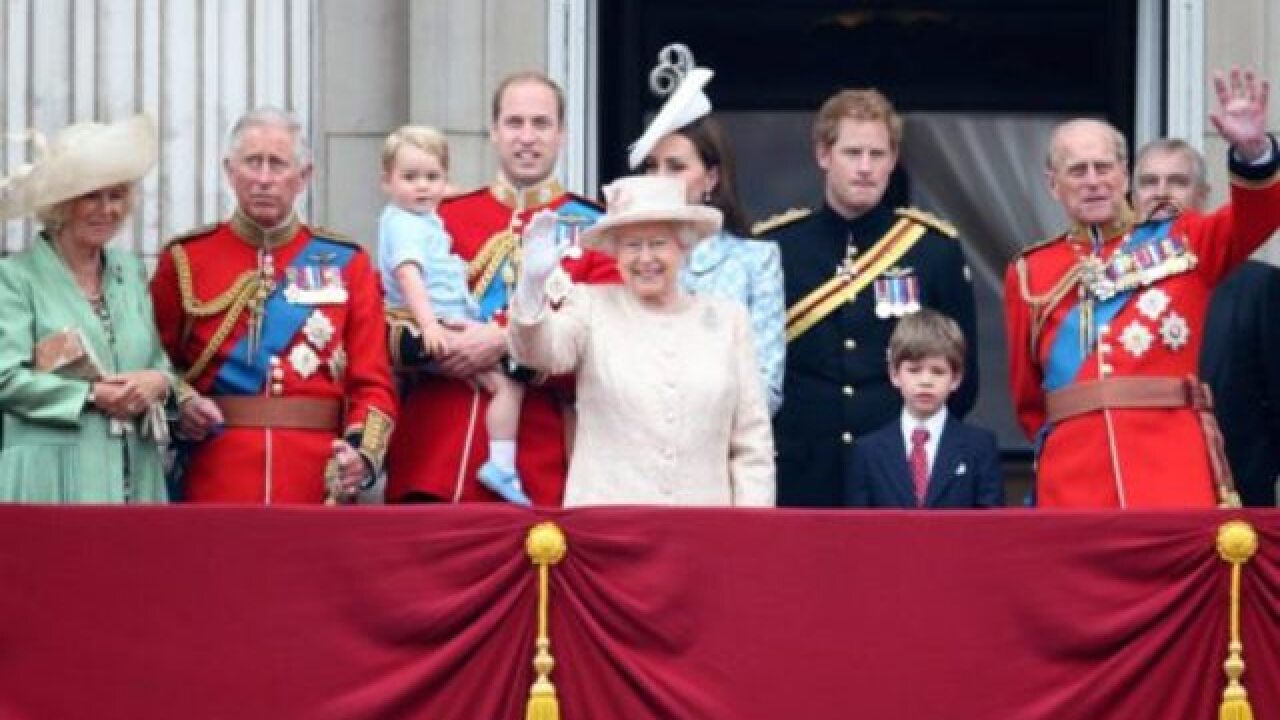 Most people make money from their day jobs. British royals are not most people.

Queen Elizabeth II and the British royal family have multiple sources of income, but they're still not as rich as you might expect.

Media reports have estimated the Queen's personal fortune is worth up to £360 million ($470 million). That's a nice chunk of change, but over 320 Brits are richer, according to the Sunday Times.

The Queen and the heir to her throne, Prince Charles, receive most of their income from the government and their private estates. Millions trickle down to the rest of the family, including Prince William and his wife Catherine, the Duchess of Cambridge. Prince Harry, who will wed American actress Meghan Markle on May 19, also receives royal funds.

Here's how the royal finances work:

The Queen's three main sources of income are the Sovereign Grant, the Duchy of Lancaster estate and her personal property and investments.

The Sovereign Grant -- an annual lump sum from the government -- is essentially an expense account, covering the costs of travel, security, staff and the upkeep of royal palaces.

The Queen received £42.8 million ($58 million) free of tax from the Sovereign Grant in the 2016-2017 fiscal year. The payment was projected to balloon by 78% to £76.1 million ($103 million) in the latest fiscal year to help finance an extensive renovation of Buckingham Palace.

Another important source of income for the monarch is the Duchy of Lancaster, a private estate of commercial, agricultural and residential properties that dates back to 1265. It produced £19.2 million ($26 million) in income for the Queen during the most recent fiscal year. The Queen uses this money to pay for official and private expenses, including some costs incurred by other members of the royal family who undertake official engagements on her behalf.

The Queen also has her own personal assets, including Balmoral Castle in Scotland, and the Sandringham Estate in the east of England. Both were inherited from her father and are beloved family retreats.

But her wealth extends far beyond real estate. The Queen also owns a valuable stamp collection, numerous works of art and a stock portfolio.

Other assets closely associated with the Queen, including the Crown Jewels and many works of fine art, are actually owned by the Royal Collection Trust, a charity.

The Queen' husband -- Prince Philip, the Duke of Edinburgh -- also receives an annual payment worth £359,000 ($488,000) to finance his official duties. He retired last year after more than six decades of public service.

Prince Charles and his clan

Prince Charles and his wife Camilla, known formally as The Prince of Wales and The Duchess of Cornwall, rely on a a mix of public and private money.

Over 90% of their income comes from a private estate, the Duchy of Cornwall, which was established in 1337 to provide an income to the heir to the throne. The Duchy of Cornwall owns and operates land in rural and urban areas, a collection of islands and rental cottages in places like Wales and Cornwall.

In the most recent financial year, the couple made £20.7 million ($28 million) from the estate.

The Sovereign Grant is used to pay the couple's official travel and property expenses. The government cash goes toward some official overseas trips and the salaries of members of the military who protect the family.

Roughly half of their annual income is spent on official duties and travel, while a quarter goes to the tax man. The remaining £6.6 million ($8.9 million) goes to Charles' children, "non-official" purchases and a royal savings account.

When Markle officially joins the clan, Prince Charles has the discretion to give the couple more money.

Prince William, Kate and Prince Harry are also reimbursed for costs when they perform official duties on behalf of the Queen.

The rest of the family

There is limited public information about how the rest of the royal family make their money. The Queen has three other children aside from Prince Charles, and they too have children, spouses and grandchildren.

The Queen's two youngest children, Andrew, the Duke of York, and Edward, the Earl of Wessex, work full-time to support the monarchy, which involves appearing at public engagements on behalf of their mother.

The Queen pays her children for these duties through her income from the Sovereign Grant and Duchy of Lancaster.

The next generation of royals is expected to forge their own careers and required to be more independent. For example, Andrew's daughters -- Princess Beatrice and Princess Eugenie -- have full time jobs in the business and art worlds, respectively. But they also receive some financial support from their father.