How well do you know your dog-sitter? Wag, Rover apps can present problems 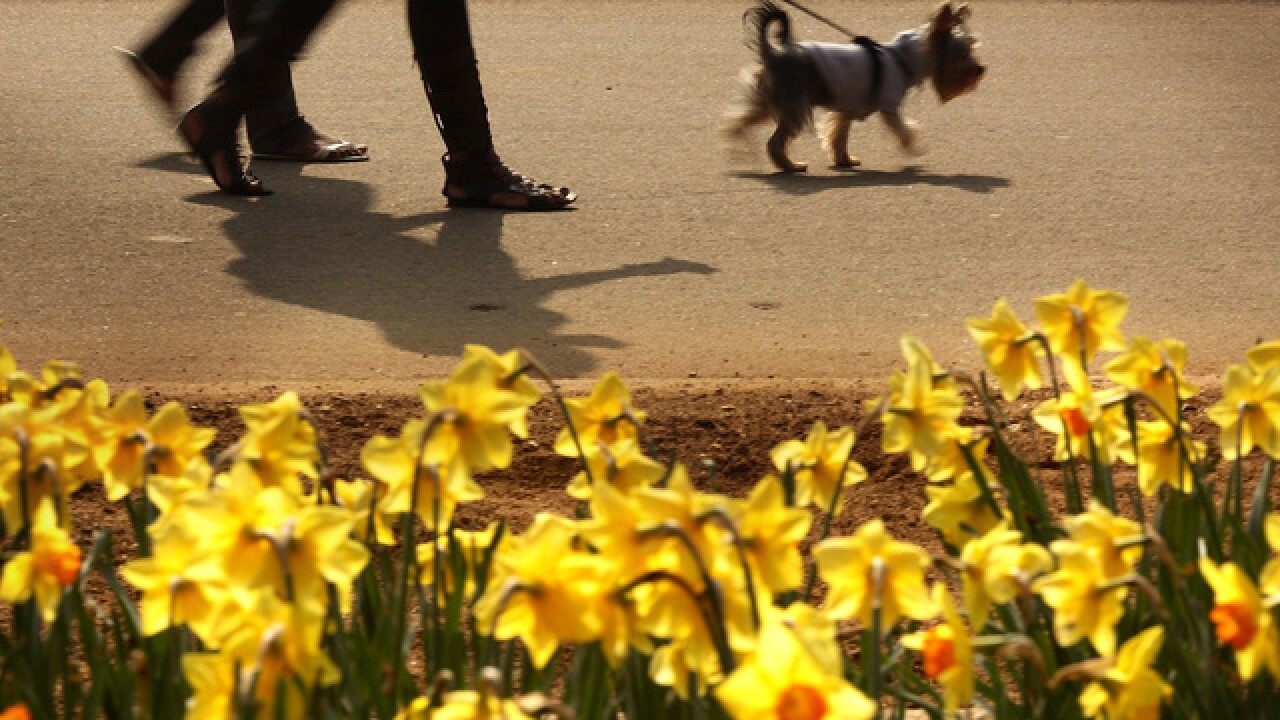 DENVER — Online pet-sitting and dog-walking apps are popular, especially around the holidays, but a review of one customer's experience brings into question how one company conducted its background check.

Colleen Covell said she returned from her Thanksgiving vacation to Hawaii two years ago to find her house smelling of weed.

She had hired a man from the site Rover to watch her two large dogs.

She set up a meeting ahead of time and said she felt she could trust him.

Covell said she laid out the rules for his overnight stay.

“At the time, I was a federal prosecutor and I explained that to him," she said. "No drugs in the house. No drinking of any of our liquor. We said, 'This is the guest room you are to use and you are not to use our master bath.' ”

She said she believes the dog-sitter from Rover did not follow those rules. After she returned home, she found the Instagram profile for the sitter she hired.

“I know that because he took a picture of himself in my tub in a bubble bath where he had drank my bottle of expensive red wine and was drinking it with candles lit all around my bathtub,” she said. “He had moved my television set from my master bedroom into the bathroom and put it on the toilet and was watching the Cowboys game. And he had moved our Sonos speakers from all over the house into the bathroom.”

She said she also found concerning articles of clothing in her house.

“I went up to my bed and I found women’s clothing on it,” she said. “Very strange things like my bathrobe was in the middle of the living room.”

She texted with the dog-walker, but said that eventually he stopped responding.

She filed a police report and in it, the dog-walker claimed he had permission to drink her liquor. When an officer responded, she learned the man was a felon and currently on probation, according to the police report.

KMGH found a felony menacing case involving a physical attack on a member of law enforcement at Red Rocks Amphitheatre.

The dog walker stopped responding to KMGH’s LinkedIn messages and phone calls about this issue after initially offering to help provide information.

Several people in the Denver area have posted online and on the Facebook pages of KMGH reporters about how much they appreciate online dog-walking apps like Rover and Wag.

But in a handful of police and sheriff’s office reports reviewed by KMGH from area agencies, other customers have encountered problems.

A Jefferson county woman told deputies in March that $5,000 was missing from her house after the dog walker she hired through Wag had entered her home. Her social security card was also missing, she said.

A man said he was missing $800 in October 2017 after a person from Rover had been in his home.

A woman’s dachshund was mauled to death this summer in Commerce City, Colorado when she says the dog walker from Rover was watching her dog and a mastiff at the same home. The dachshund was killed by the mastiff, she said.

The companies point out they have hundreds of thousands of happy customers.

Rover and Wag said they do national background checks, which include searches for crime, terror watch list matches and the sex offender registry.

Wag explained its process in an email from its public relations team, but refused to discuss the issue on the phone.

“Applicants are first asked to confirm their identification details with an SSN trace across a range of verified databases," the email read. "The applicant's government ID is verified using a visual image scan and cross-checked against a live selfie using facial recognition technology. The applicant is then asked to consent to a criminal background check which includes a check from the national criminal database (drawing from over 500 million records from thousands of jurisdictions extracted from state and county courthouses), a local-level county criminal report on any results found on National Criminal checks, as well as reports from the national sex offender registry and Global Watchlist."

The email said approximately 10 percent of the applicants successfully pass the application process.

Wag said it does a national background check and digs deeper at a local level, if necessary.

Rover spokesman Dave Rosenbaum said Rover has two types of background checks, basic and enhanced. The dog-sitter can choose to obtain an enhanced check, which Rosenbaum said is then noted on a person’s profile.

The enhanced check involves someone going to court — though it's unclear if it must be in-person or digital — for additional checks, Rosembaum said.

He said he could not immediately say how Covell’s dog-walker was allowed to work in her home with a felony conviction. He pledged to provide answers, but did not returned phone and email requests for additional information.

Rosenbaum said that the dog-walker was previously removed from the app.

Covell said Rover did reimburse her for some of the damage done to her home, including a broken picture.

Rosenbaum said Rover has a 24/7 trust and safety team that can help customers and dog-walkers in an emergency. In addition, dog-walkers can be put in touch with veterinarians anytime, he said.

The Better Business Bureau in Denver suggests customers not rely on online reviews but meet the dog-walker in person as Covell did. It also recommends calling past customers.

“To really get (an) accurate picture, you want to personalize the experience by actually talking to past customers rather than just relying on what’s been written on the app,” said Ezra Coopersmith, head of BBB investigations in Denver.

The BBB also lists highly-rated dog-walking, dog-sitting and dog-boarding services on its website.

Castle Rock Police Officer Joe Cybert said there are different types of background checks and customers should ask if local courts and arrest records are checked.

“If you don’t ask those questions, if you don’t understand what database or what resources they are checking, you don’t really know how through that background check is,” Cybert said.