Marriage may not be as significant as it was in the past, analysis finds 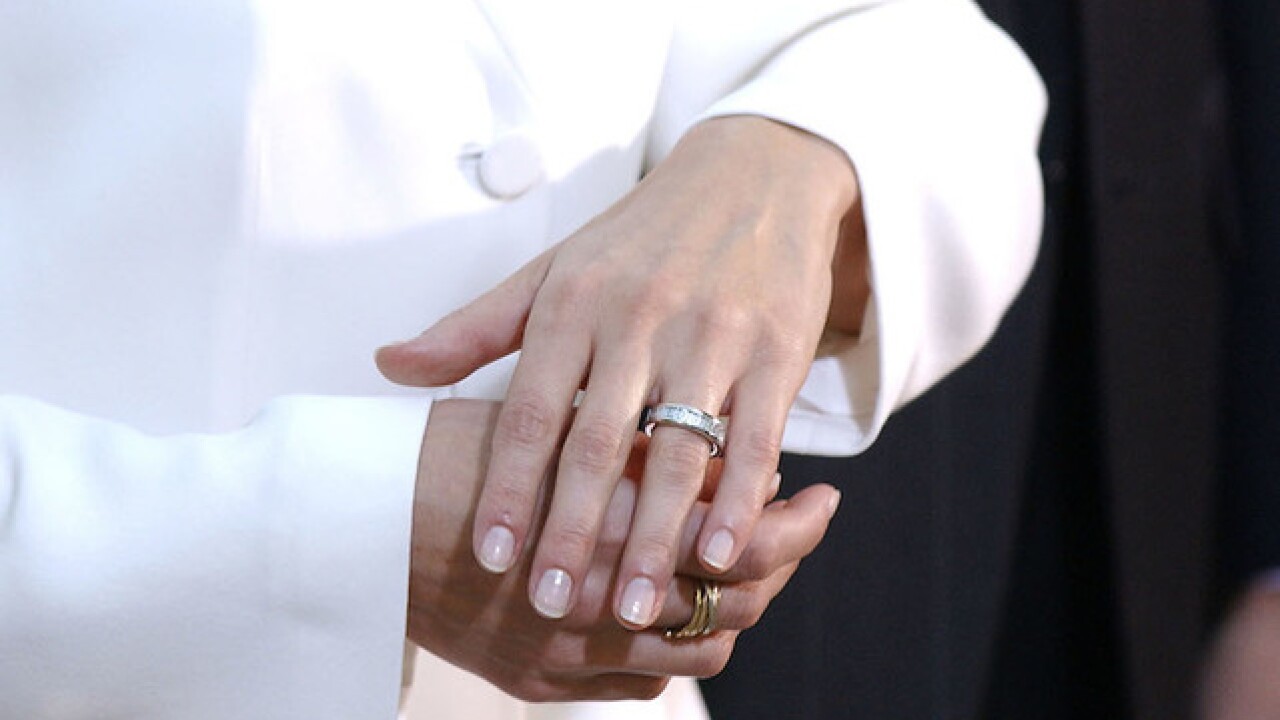 In the future, marriage may not dominate as "the institution the majority of adults live in" as it has in the past, according to a new analysis that finds significant differences in marital status between younger and older generations.

Americans are living two different age-driven stories of marriage, according to Wendy Wang, director of research at the Institute for Family Studies, who analyzed recent data and wrote a brief about the trends.

"I charted the trend of young and old and, for people younger than 65, marriage is going down every year," she said. "There's no sign of it returning. I think overall, with older people passing, the marriage rate will very likely drop below 50 percent. It's barely hanging in there."

The share who have never married "breaks a new record every year," she said.

Slowing that decline, which has been happening since the 1960s, is a slight increase in the share of married older Americans, making those 65 and older more likely to be married than younger adults.

Factors driving the downward trend in marriage for those 18-64 include delayed marriage by younger adults, more cohabitation and the fact that 36 percent have never married, up from 26 percent in 1990. "When you delay marriage, the chance of not getting married increases as well," Wang said.

Older men living longer than they used to largely drives the increase in the share of elderly who are married. In 1990, more than one-third of people 65 and older were widowed. That number is now slightly less than one-fourth. The percentage of women 65 and older who are widowed has dropped from half to just over one-third.

Meanwhile, divorce overall has dropped but doubled since 1990 for those 55 and older and tripled for those 65 and older, according to Bowling Green State University demographers Susan L. Brown, I-Fen Lin and Krista K. Payne.

But even though divorce among the elderly has increased in the past few decades, the rate has recently stabilized and is a comparatively small share that doesn't come close to the number of older people who are widowed, Wang found.

With men living longer and consequently fewer women widowed, more old women are married than in the past. In 1960, among those 65 and older, there were 64 married women for every 100 married men; now there are 80 married women. And she notes that for those over 75, that same comparison has jumped from 48 to 68 married women for every 100 married men. The difference between men and women reflects that women are still more likely to outlive their spouses than are men.

"It's striking that the percentage of older Americans who are married has been going up, even though their divorce rate is also rising," said Andrew Cherlin, chairman of the Department of Sociology and director of the Program on Social Policy at Johns Hopkins University. "It shows how important the rise in life expectancy has been for them. More older Americans are married because more of their spouses are alive than in past generations."

"In the long run, with the passing of older generations, we are heading to an age when marriage will no longer be the institution the majority of adults live in," she wrote. "The gap between married adults and those who are not married, aligning with the class divide in the U.S., is likely to deepen in the future."

Experts slice marriage trend data different ways, but most agree that marriage is still viewed as valuable, although the portion of their lives people will spend single keeps growing.

"There's so much confusion, along with both panic and wishful thinking. Marriage is not declining as much as some of these figures suggest. But nor is it rebounding in a significant way," said Stephanie Coontz, director of research at the Council on Contemporary Families and a history professor at Evergreen State College in Olympia, Washington.

This week, in a piece for The New York Times, Coontz looked at the portion of life people spend single versus married: Of the 37 years between age 18 and 55, Americans were married for an average of 29 back in 1960. "That's almost 80 percent of what was then regarded as the prime of life. By 2015, the average had dropped to only 18 years. That's less than half."

She noted that at age 45, 80 percent of Americans were married in 2014, which was also true of people that age in 1976. She also quoted University of Maryland sociologist Philip Cohen's calculation that 85 percent of white women and 78 percent of black women will marry.

Coontz noted that people who are single tend to socialize outside their families more and likely develop relationship skills that help them in many ways, including with marriage.

"All this suggests that marriage is still very valued and many indications suggest that during the time people are married, their marriages are better than in the past," Coontz said. Her evidence: There are decreases in domestic violence; marriages in the prime years of life are lasting longer, and surveys show the vast majority of Americans said their own relationships were as good or better than those of their parents.

"Equality in housework and child care is now a strong predictor of marital and sexual satisfaction, and marriages have been getting more equal in that regard," Coontz said.

"But marriage is no longer the main institution in which we make all our significant financial, personal, work and residential decisions, nor the only place where we incur caregiving obligations, take care of others or receive care from others," she said. "So as individuals we need to prepare for the unmarried times of our life, and as a society we can no longer channel all our caregiving support systems through marriage, pretending that all married couples need such benefits (many do not have children or elder care obligations) and that unmarried people don't need them."

Among Wang's other findings:

Wang and other experts used to divide people into three categories based on education attainment: college grads, some college and high school diploma or less. But now the difference between those who have no more than a high school diploma and those who attended college but did not graduate is so small, she said, researchers focus simply on whether one graduated college.

• The decline in marriage is true among all racial and ethnic groups.

• An improved economy has brought more wedding bells, as the number of newlyweds increased to 4.6 million in 2016 from 4.2 million in 2011. That hasn't nudged the proportion who are married up, though, because more people also fit into the never-married category.

• The economy impacts both whether people marry and whether they divorce.