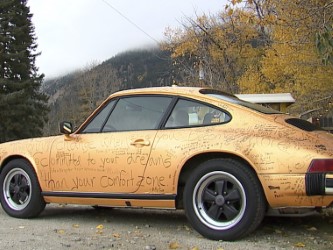 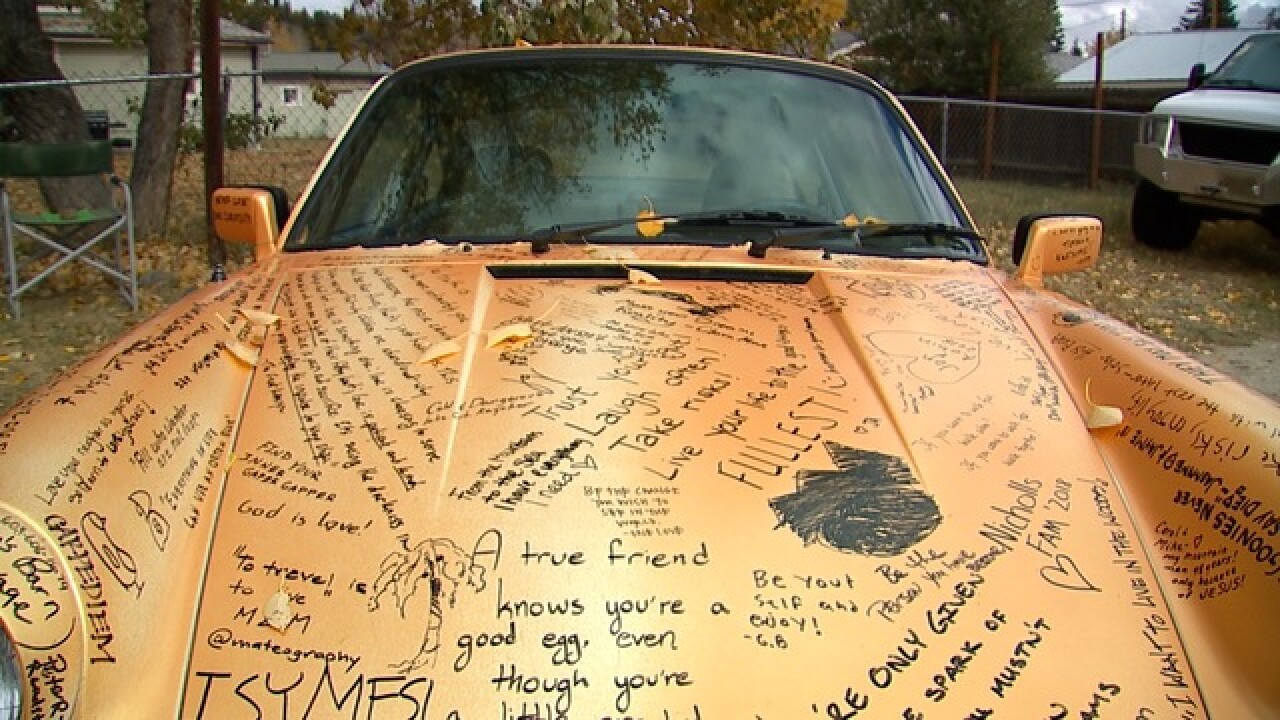 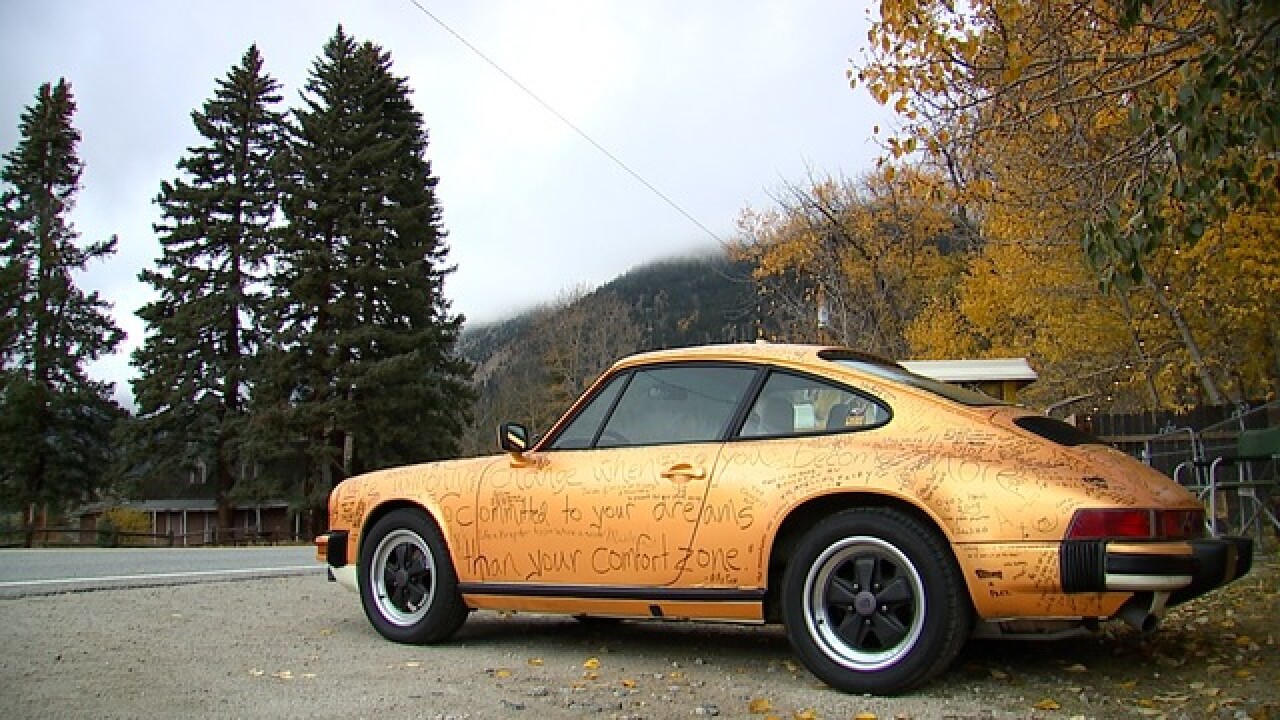 He inherited the 1982 model when his father, Richard, died of complications from cancer in 2016. The car had been sitting in a garage for several years, so Tinkham fixed it up.

Earlier this summer he took the car and parked it in front of his house in Twin Lakes, Colorado. He adorned it with a couple of inspirational quotes, one on each side of the Porsche.

He borrowed one of them from Mark Twain.

"Twenty years from now you will be more disappointed by the things that you didn't do than by the ones you did do. So throw off the bowlines. Sail away from the safe harbor. Catch the trade winds in your sails. Explore. Dream. Discover."

He said the second quote is from Billy Cox, a motivational speaker.

"Life will only change when you become more committed to your dreams than your comfort zone."

"I think that's a really poignant quote today," Tinkham said, "with how many comforts we have in life, how much technology we have. Everything is easier than it's ever been."

After seeing the quotes, Tinkham's friend, Bob Dalzell, who operates a coffee shop on wheels called Percolated Peaks, suggested that he leave a magic marker out for others to add their own inspiration.

"Not all who wander are lost," one woman wrote.

"The mountains are calling and I must go," wrote another woman.

Tinkham told KMGH he's enjoyed seeing the next level his car has gone to.

"I'm being inspired," he said. "To see that shared with other people is really rewarding."

Tinkham said the orange paint is removable and he plans to peel it off in the spring and start a new project with the special car.