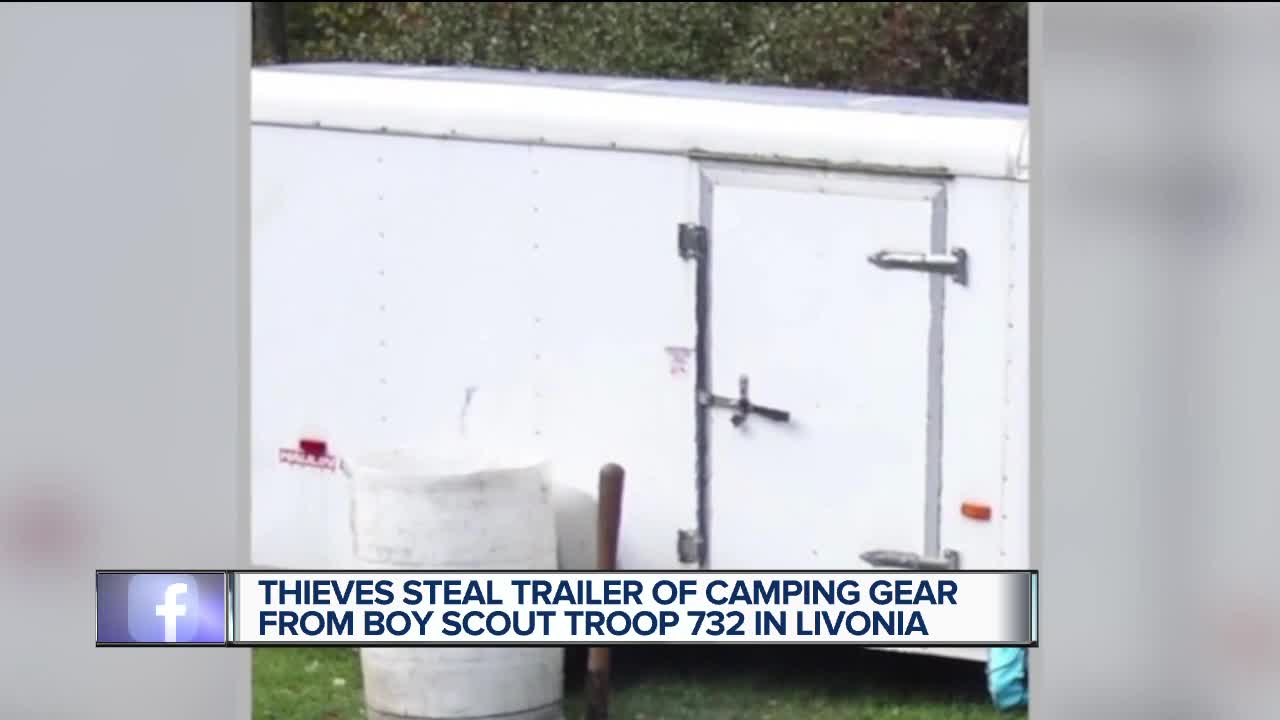 Livonia police are looking for the person or people who stole a trailer that belongs to Boy Scout Troop 732. The trailer was filled with camping gear.

LIVONIA, Mich. (WXYZ) — Livonia police are looking for the person or people who stole a trailer that belongs to Boy Scout Troop 732. The trailer was filled with camping gear.

Troop 732 is all about giving back, helping the community and doing what’s good. However, when they learned someone stole their trailer with all their camping supplies inside it was a disappointment.

"(It was) somebody who’s really desperate," said Scout Master Brian Kirk. "Whether it’s tents, easy up rain fly's, cooking equipment – all sorts of other things we need, even a handmade flag that was donated to the troop by a former leader sister, and now all of that equipment is gone as well."

The trailer was taken near Plymouth and Merriman during the holiday break.

"What they did actually has an effect on other people," said Boy Scout Ian O'Donnell. "People can be hurt and just because you don't see them doesn’t mean it doesn’t happen, or that it doesn’t hurt any less."

It’s a blow to the scout master and boy scouts as they use the trailer at least once a month for camping trips. For now, it appears those camping trips may be on hold.

"For the rest of the camp outs throughout the year that we go on, it’s going to be hard until we get the new trailer and get it restocked and everything," O'Donnell said.

The trailer is 10 to 12 foot, white in color with a single axle. It’s not hard to miss the trailer as there is some accident damage to the right side above the tire. Troop 732 just wants their belongings back but say they will continue to do good.

"These guys are going to get their equipment, either back or we’re just going to try to fund-raise," Kirk said. "We’ll get out there and just repair and replace what we have and we’re going to pick ourselves up from the boot straps and move on."

If you have any information or know the whereabouts of the trailer give Livonia police a call.