No. 17 Michigan State looks to extend streak vs Nebraska 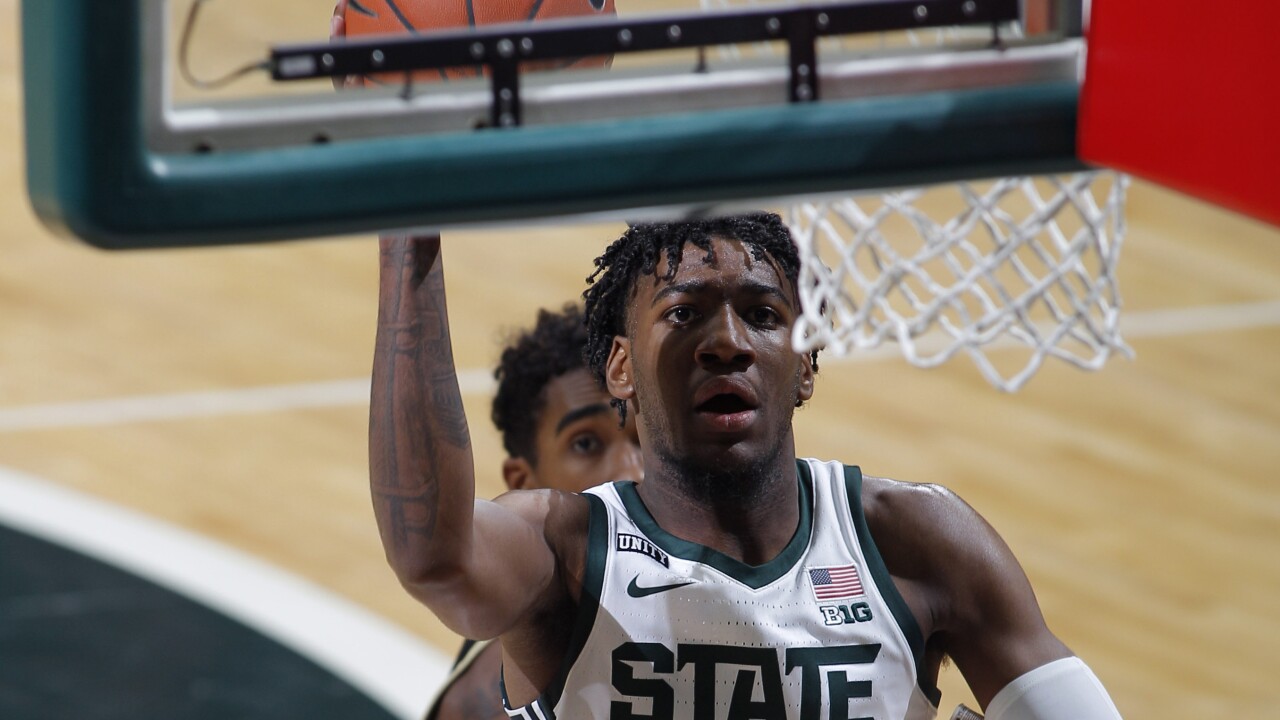 Al Goldis/AP
Michigan State's Aaron Henry goes up for a layup against Western Michigan during the first half of an NCAA college basketball game, Sunday, Dec. 6, 2020, in East Lansing, Mich. (AP Photo/Al Goldis)


BOTTOM LINE: No. 17 Michigan State looks for its seventh straight win in the head-to-head series over Nebraska. Michigan State has won by an average of 16 points in its last six wins over the Cornhuskers. Nebraska's last win in the series came on Jan. 20, 2016, a 72-71 win.


TEAM LEADERSHIP: The Spartans are led by Joey Hauser and Aaron Henry. Hauser has averaged 13.1 points and 8.1 rebounds while Henry has recorded 11.9 points, 5.3 rebounds and 4.4 assists per game. The Cornhuskers have been led by Teddy Allen and Dalano Banton, who have combined to score 31.1 points per outing.JUMPING FOR JOEY: Hauser has connected on 38.5 percent of the 39 3-pointers he's attempted and has made 12 of 26 over his last five games. He's also converted 75.8 percent of his free throws this season.


ACCOUNTING FOR ASSISTS: The Spartans have recently used assists to create baskets more often than the Cornhuskers. Nebraska has an assist on 21 of 60 field goals (35 percent) across its past three matchups while Michigan State has assists on 52 of 71 field goals (73.2 percent) during its past three games.


BALL SECURITY: Michigan State's offense has turned the ball over 13.2 times per game this year, but is averaging 9.3 turnovers over its last three games.