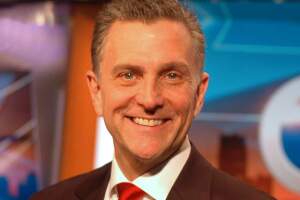 Mike Murri began his broadcasting career as an account executive at WJBK-TV in Detroit. He was hired by ABC affiliate, WXYZ as an account executive in 1982 and was promoted to local sales manager in 1996. He was named director of sales in 2001, and became the station manager in 2012. Under Murri’s leadership, WXYZ has been named “Station of the Year” by the Michigan Association of Broadcasters, recognized as the top station in the Detroit market by the Michigan chapter or the National Association of Television Arts and Sciences, and honored as a finalist in the National Association of Broadcasters Service to America Awards.

In 2015, Murri was promoted to vice president and general manager of WXYZ and the newly acquired MyNetwork affiliate WMYD. On the day that WXYZ parent company E.W. Scripps acquired WMYD, the station launched a new 10 p.m. newscast. In the weeks that followed, WMYD launched 22 additional hours of weekly news, including a ground-breaking new 4 p.m. show, “The Now,” on WXYZ. In 2015, Murri lead the effort to create a new street-side studio in the heart of downtown Detroit. The studio is home to 7 Action News at noon, and connects viewers to the vibrant rebirth of the city and the region’s newsmakers. It has provided a location to highlight the work of those who are making a difference in the Detroit community. WXYZ has continued to build on its rich history of community involvement, public service and local programming.

WXYZ’s annual coverage of the Woodward Dream Cruise is nationally syndicated to more than 100 television stations across the country including stations in 18 of the top 20 markets. Murri is a former board member of the Michigan Association of Broadcasters and the Television Bureau of Advertising Advisory Committee. He has served on the ABC Sales Advisory Committee, and is currently a board member of Forgotten Harvest, a non-profit organization dedicated to relieving hunger in Metro Detroit.