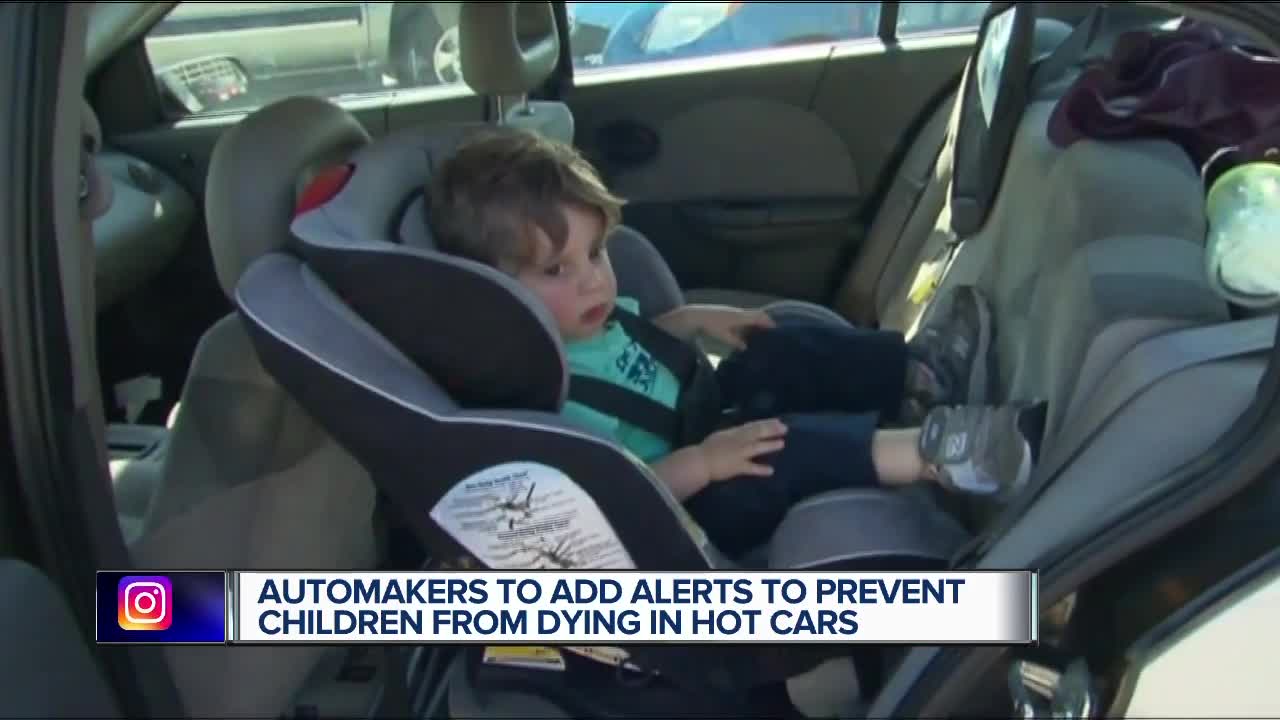 DETROIT (WXYZ) — Last year 54 children died after they were forgotten by their parents or caregiver in the back seat of a hot car. It is a tragedy that no one wants to see happen.

Some in Congress have been pushing to mandate rear-seat reminders using technology to protect children. Now, automakers are volunteering to use them.

Automakers are voluntarily agreeing to add technology standard to new cars by 2020/2025. The technology would send notice to drivers when someone remains in the back seat after a car is shut off.

This is not new technology. General Motors introduced such technology in 2016 and in 2019 vehicles, which is standard.

The agreement is between automakers who are part of the Alliance of Automobile Manufacturers and the Association of Global Automakers.

“Today’s voluntary announcement by the Auto Alliance and Global Automakers is a step in the right direction. It is encouraging to see that deploying life-saving rear seat detection technology is a priority for the industry and that they are voluntarily moving to implement this industry-wide. We must ensure that the deadlines and goals outlined in this agreement are fulfilled, which will require robust oversight of industry and NHTSA by Congress. No child should die in a hot car ever again,” said Representative Debbie Dingell (D-Michigan).