Close to a deal? GM UAW strike now in day 30 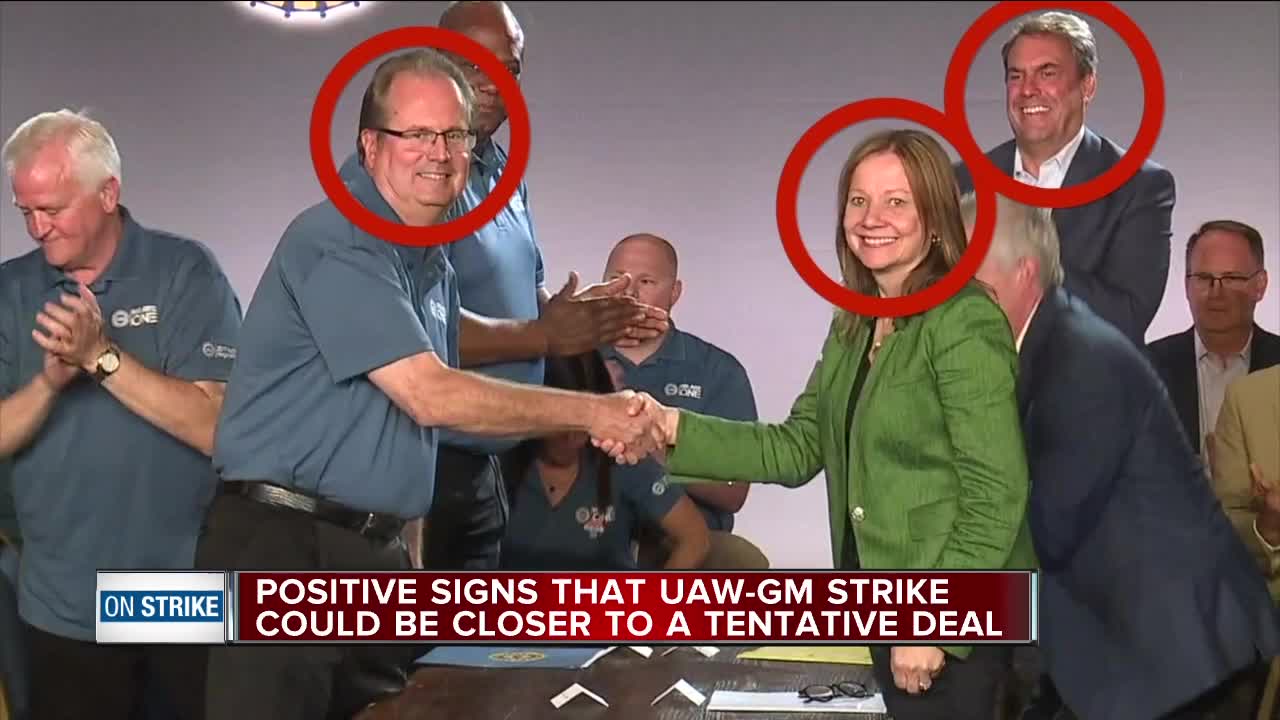 Positive signs are appearing that General Motors and the United Autoworkers Union could be close to a deal. The strike is in day 30.

(WXYZ) — Positive signs are appearing that General Motors and the United Autoworkers Union could be close to a deal. The strike is in day 30.

Sources are confirming issues that have been resolved are health care with no increase in cost to workers, a path for temporary workers to become full-time traditional workers. No other details on that.

Also, a ratification signing bonus that has been increased from $8,000 to $9,000 for each worker.

Sources also confirming other issues are not yet resolved including wages, a mix of lump sum and percentage increases over four years, profit sharing lifting a cap, updating retirement for traditional and newer workers and a union demand that all vehicles sold in the US be built here.

Remember, GM quietly took down a Chevy Blazer that was on display at Comerica Park in May. That legacy nameplate is now built in Mexico along with some 500,000 other cars and trucks that have flooded the US so far this year.

Talks continue. Financial terms of the deal can be moved around.

This is not a deal until everything is resolved.