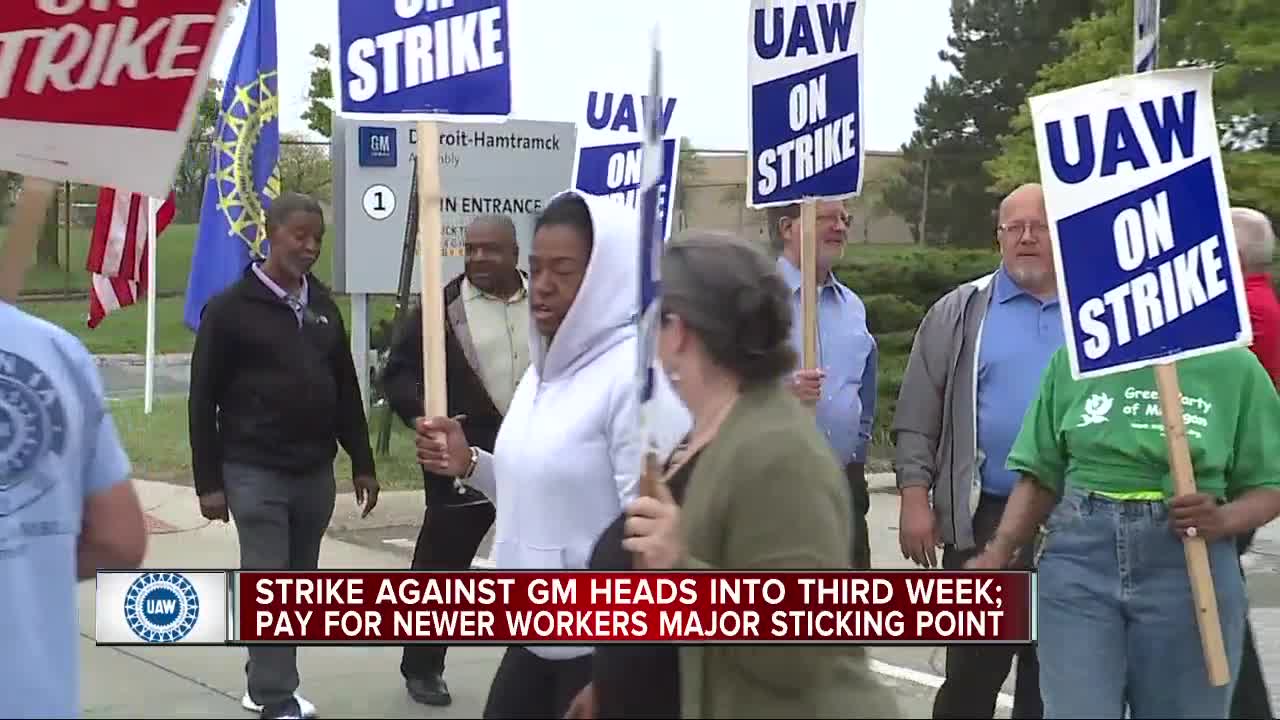 Today marks a new milestone in the strike at General Motors by the UAW. This is day 15 and the beginning of week number 3.

(WXYZ) — Today marks a new milestone in the strike at General Motors by the UAW. This is day 15 and the beginning of week number 3.

Sources close to the talks tell us that a major issue holding up a deal is workers making less while doing the same work inside the plants.

That is a major concession the union gave GM during its bankruptcy a decade ago to help save the company.

Temporary workers and in-progression workers start at about half of traditional workers. They’ve been hired since the 2009 bankruptcy.

In-progression workers need 8 years on the job to reach traditional status with full pay and benefits.

The union has said GM is making record profits and a path is needed to bring these workers up to traditional status.

For traditional workers a long strike means it will cost them more money, but they say they stand in solidarity with the lower-paid workers.

Analysts have said the strike is now costing both sides hundreds of millions of dollars in lost pay and business.

This week will also be the first for the 46,000 striking workers to get $250 in union strike pay. That’s about a quarter of the amount for traditional workers who make about $30 an hour.