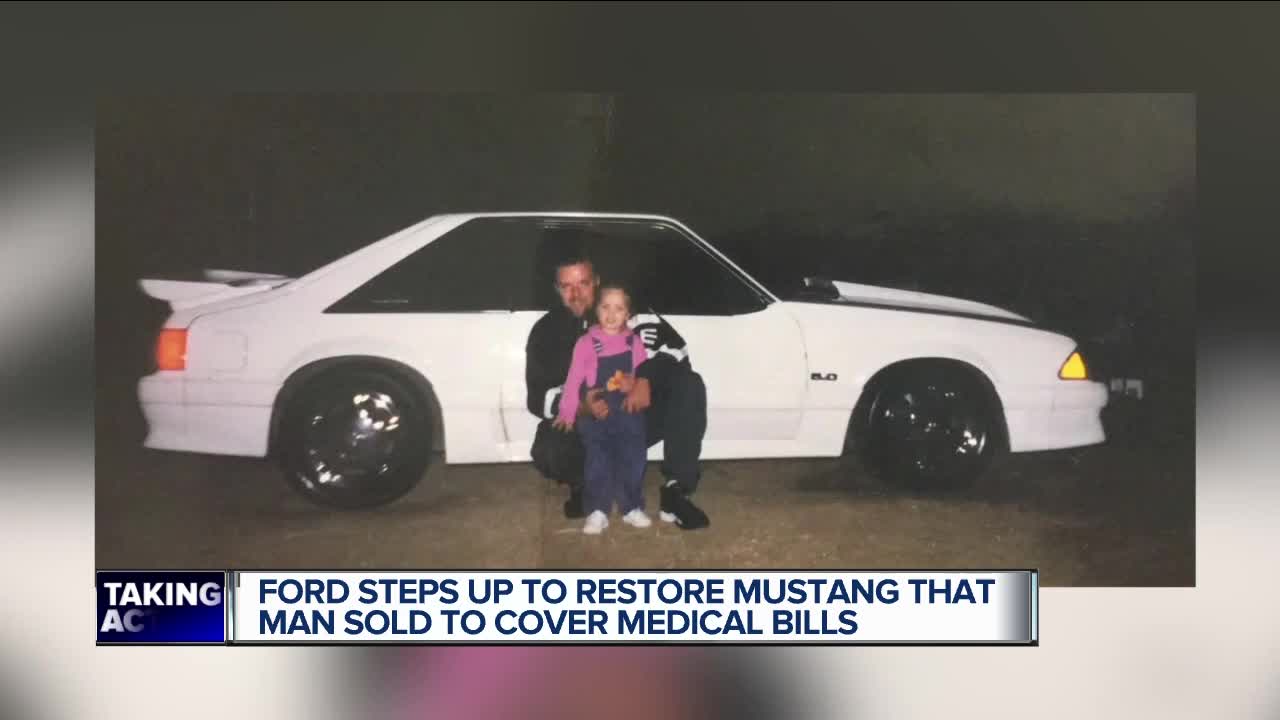 The Woodward Dream is next week and every year we are reminded how much the human spirit is alive within beautiful cars.

(WXYZ) — The Woodward Dream is next week and every year we are reminded how much the human spirit is alive within beautiful cars.

One man from San Antonio, Texas was in love with his 1993 Ford Mustang but sold it years ago after his wife was diagnosed with cancer.

Now, Ford Motor Company is stepping it to help restore the car Wesley Ryan was once in love with.

“We never expected this. We didn’t mean for this to happen,” Ryan said. “It’s tough, it’s been a long ride.”

A long and emotional ride for Ryan and his family.

He’s always been a fan of Ford Mustangs and was thrilled to purchase one back in 1995.

Wes sold it to help pay for medical bills.

“A lot of bad things were going on. Had a sick wife, got young kids, a lot of uncertainty in our future.”

Now, his wife is cancer-free and his kids are all grown up.

“I’m blessed with them just being healthy.”

But his children wanted to do something nice for their dad, so they found out who currently owned the 1993 white mustang and made a deal.

“They didn’t call me. They went and bought it and brought it home. And that was that.”

“It’s been a amazing to see what this Mustang means to them,” Henry Ford III said. “These are the type of customers that we love, people who are just so passionate about their vehicle.”

When the Ford family heard this story they got in touch with Wes and offered to help restore the car with a new engine, new transmission, new breaks, the works.

By restoring this car, it’s restoring Wes’s faith in humanity.

“We are blown away and we are blessed.”

The family will go back to Texas Sunday but the car will stay behind for the Woodward Dream Cruise before getting on a flatbed headed to San Antonio.