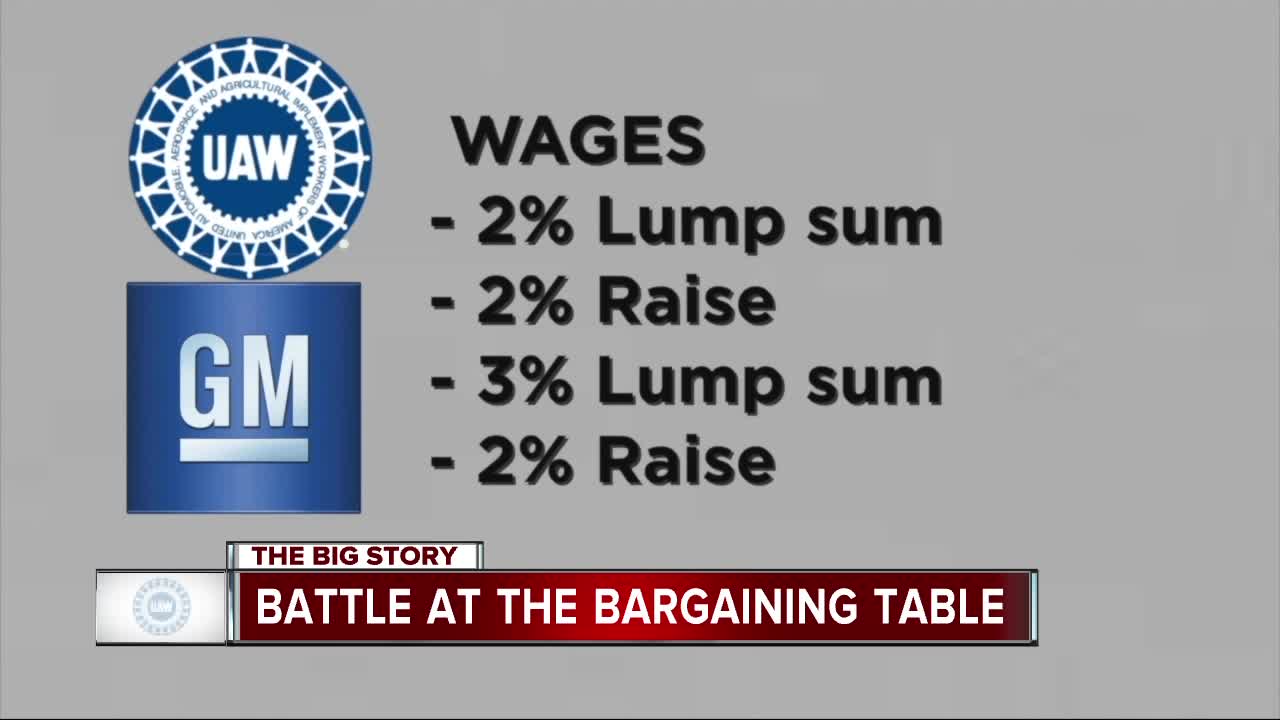 One of the U.S. Marshals' most wanted fugitives has been arrested. Sources are confirming to 7 Action News economic issues are holding up a deal in day 18 of the strike at General Motors by the United Auto Workers Union.

(WXYZ) — Sources are confirming to 7 Action News economic issues are holding up a deal in day 18 of the strike at General Motors by the United Auto Workers Union.

The union gave the company a major concession of lower-paid temporary workers to help save GM during its bankruptcy a decade ago.

The company offered a path to traditional status, but the employees must be working three years straight. And some on the picket line at Detroit Hamtramck say that’s just another tactic.

Sources also confirm the company offered a mix of lump sum and wage increases over the four year contract, but the union is also countering the proposals.

The company also offered a signing bonus of $8,000 when the contract is ratified, no new costs to health care for union members and lifting the cap on profit sharing.

GM offered to extend the life of the Detroit Hamtramck plant, set to close in January, with building an all-electric truck. But nothing is settled until everything is settled.

On this day 18, 30,000 pounds of food was trucked into Detroit from the little town of Marysville and Fiat Chrysler UAW Local 961. The food will go to the members of UAW Local 22, 1,100 members of Detroit Hamtramck.

“We understand what benefits them benefits us,” said Local 961 President Mike Booth.