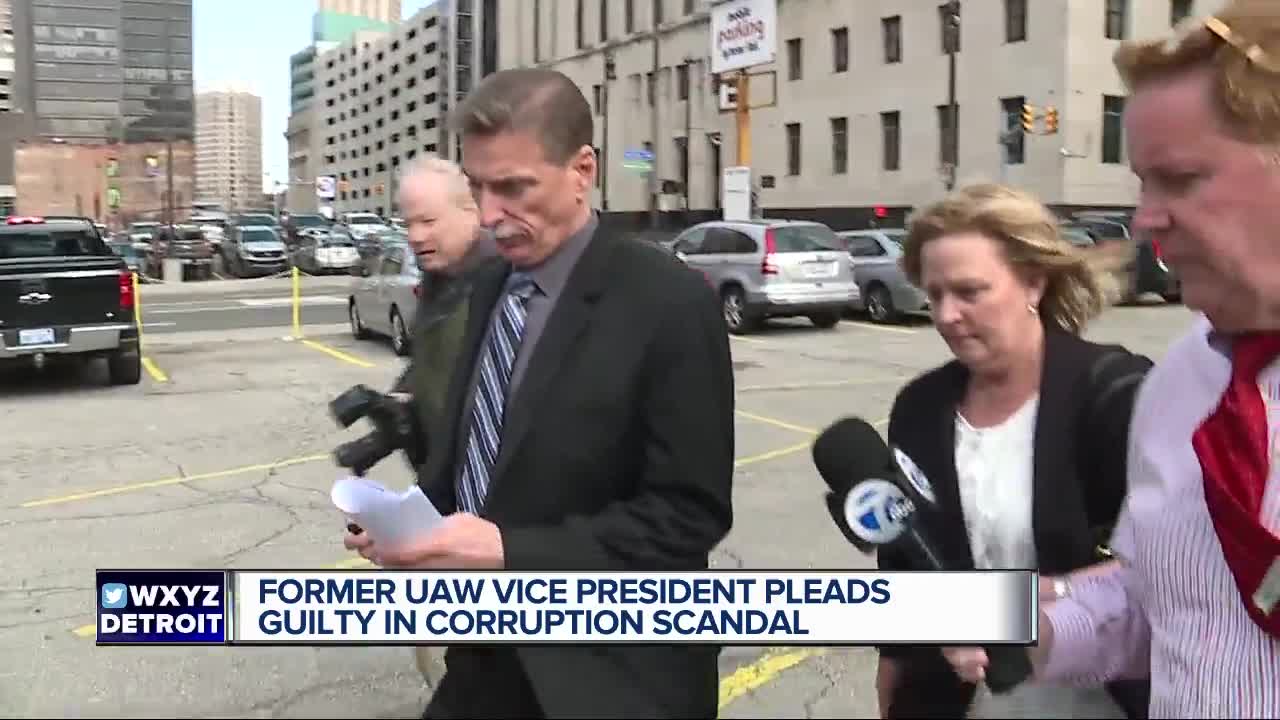 Sixty-one-year-old Norwood Jewell pleaded guilty to conspiring with other United Auto Workers Union officials and officials from Fiat Chrysler to make illegal payments. He’s facing up to 5 years in prison when he is sentenced on August 5th at 2:30 in front of Federal Judge Paul Borman

He’s facing up to 5 years in prison when he is sentenced on August 5th at 2:30 in front of Federal Judge Paul Borman.

Jewell told the Judge, “As a union rep. I can’t take anything of value from a company we bargain with. I own up to that. That’s why I’m standing here.”

The money came through the Fiat Chrysler UAW Training Center in Warren.

Jewell’s Defense Attorney Michael Manley said outside of court, this was in effect a technical error, “Honest mistakes don’t hold up against the law.”

Manley also said that’s how things were done at the time,

“You know the history of UAW Chrysler with General Holifield and Al Icobelli. And then a man gets put in a cesspool. He was destined to fail,” he said.

But U.S. Attorney Matthew Schneider also spoke outside of court with a different side saying, “He knowingly joined the conspiracy. A technical error? This is a steak dinner, lavish transportation, dinners and golf.”

Some UAW members believe Jewell and other UAW Leaders sold them out in 2015 during the last UAW FCA contract. The first tentative agreement was rejected by the rank and file.

Another UAW Local in Marysville is suing, saying they’re facing losing 700 jobs this year when FCA sells their axel plant to a foreign country.

U.S. Attorney Schneider says, “We’re going to continue our investigation until we can ferret out all of the aspects of where the union leadership actually serves the men and women of the union.”

Outside of court, Jewell did not answer what he would say to the rank and file who have lost confidence in him.

He’s free on bond and facing up to 5 years in prison. In his plea deal, the feds are recommending 15 months.