GM and UAW negotiating the future of lower-paid workers 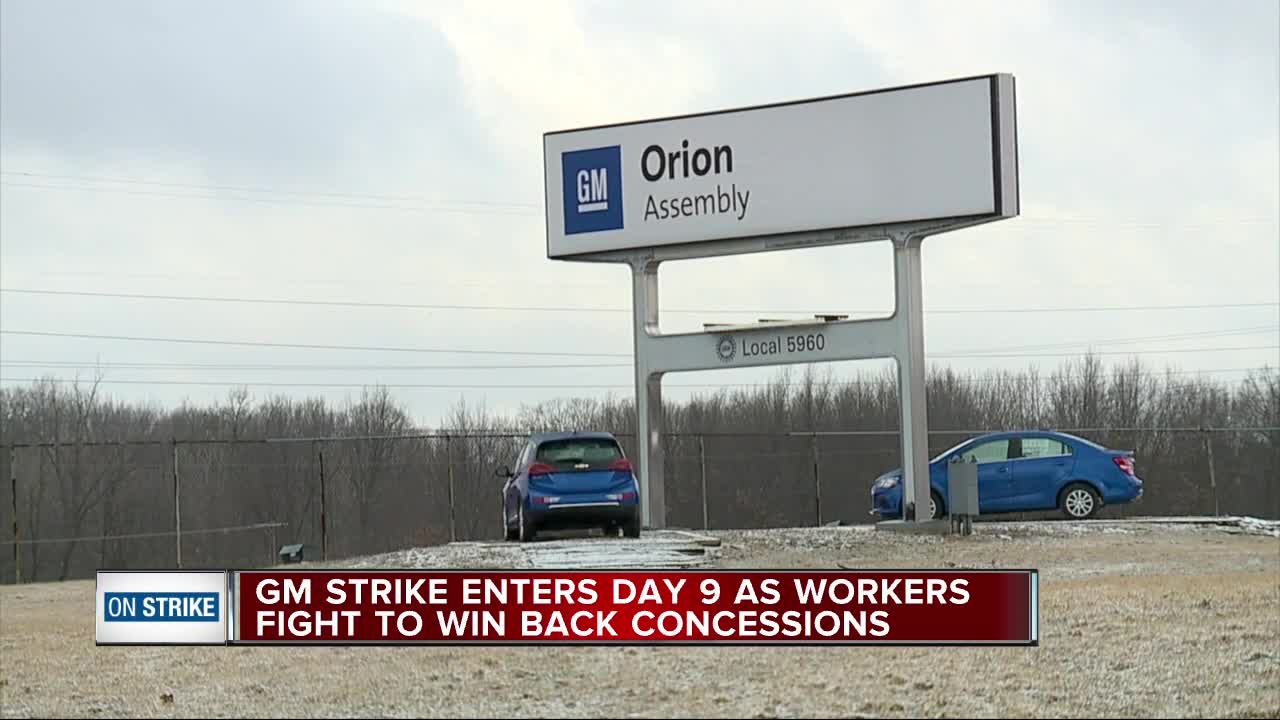 (WXYZ) — In day 9 of the strike at General Motors negotiations continue to focus on the future of lower-paid workers with the United Auto Workers Union.

That deal included tax incentives that GM said it needed to remain competitive after bankruptcy a decade ago.

“I’ll say pit 3 plants against each other, Janesville, Wisconsin, Spring Hill (Tennessee) and Orion to see who would give the best offer and who could offer the most to keep that plant open,” says Gerald Lang, UAW Local 5960 Vice President.

Orion got the deal.

GM has offered to build batteries for all-electric vehicles near a now-closed plant in Lordstown, Ohio and an all-electric truck at the Detroit-Hamtramck plant that is set to close in January.

It is not known outside of the closed contact talks how many jobs that would provide and at what pay level.

“We have been told if we don’t fight now, we may not live to fight another day,” says UAW Local 5960 President Louis Rocha.