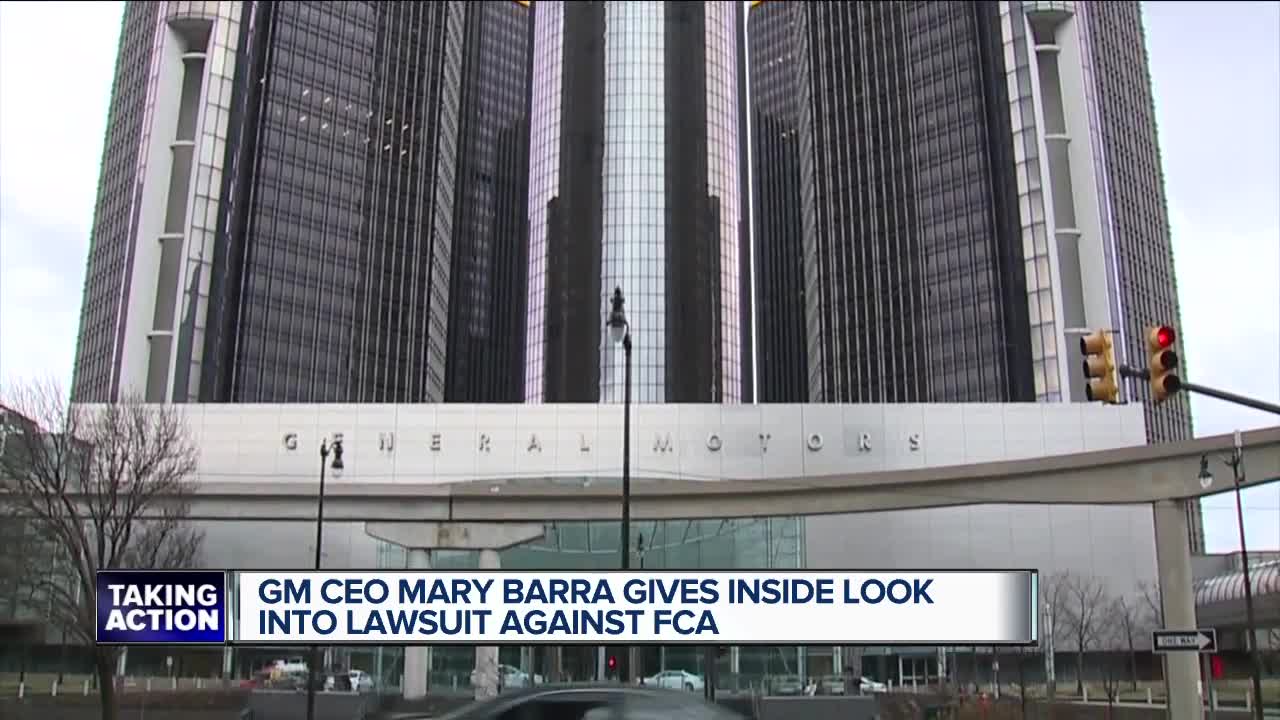 General Motors CEO Mary Barra is giving insight into why the automaker is suing Fiat Chrysler.

(WXYZ) — General Motors CEO Mary Barra discussed hot topics the company has, including the lawsuit against Fiat Chrysler, the new contract with the United Autoworkers Union, and electric cars of the future.

Speaking at a Wall Street gathering hosted by Barclays, the CEO says the lawsuit against FCA is based on the federal corruption cases that show UAW contracts from 2009, 2011 and 2015 gave lower labor costs to FCA.

Barra said, “It was not a decision that we made lightly. It was something that we very, very carefully considered. Many of you who know me have heard me say many times give us a level playing field and General Motors will compete and we’ll win.”

Barra also discussed the 40 day strike by the UAW and how lower paid temporary and tier two employees were given a path to traditional status.

But GM still closed 3 of 4 US plants and Barra said there’s no negotiating future work guarantees, “There’s a lot of conversation about job security. Job security is not something you negotiate. Job security is something that you earn. And making sure they all understand that and their role is something we’ll double down on as we go forward,” she told the gathering.

Barra says GM is into the third generation of electric vehicles because of the Chevy Volt and Bolt and the company knows what customers want saying, “The customer wants a beautiful vehicle. They want to make sure they have the right range which is about 300 miles. We’ve announced we’ll have 20 EVs globally by 2023.”

The Detroit Hamtramck plant will build an electric truck to keep it from closing. Barra says their battery operated truck will be on the market in the fall of 2021.

She also says GM is one of the few companies that sees an all-electric future.