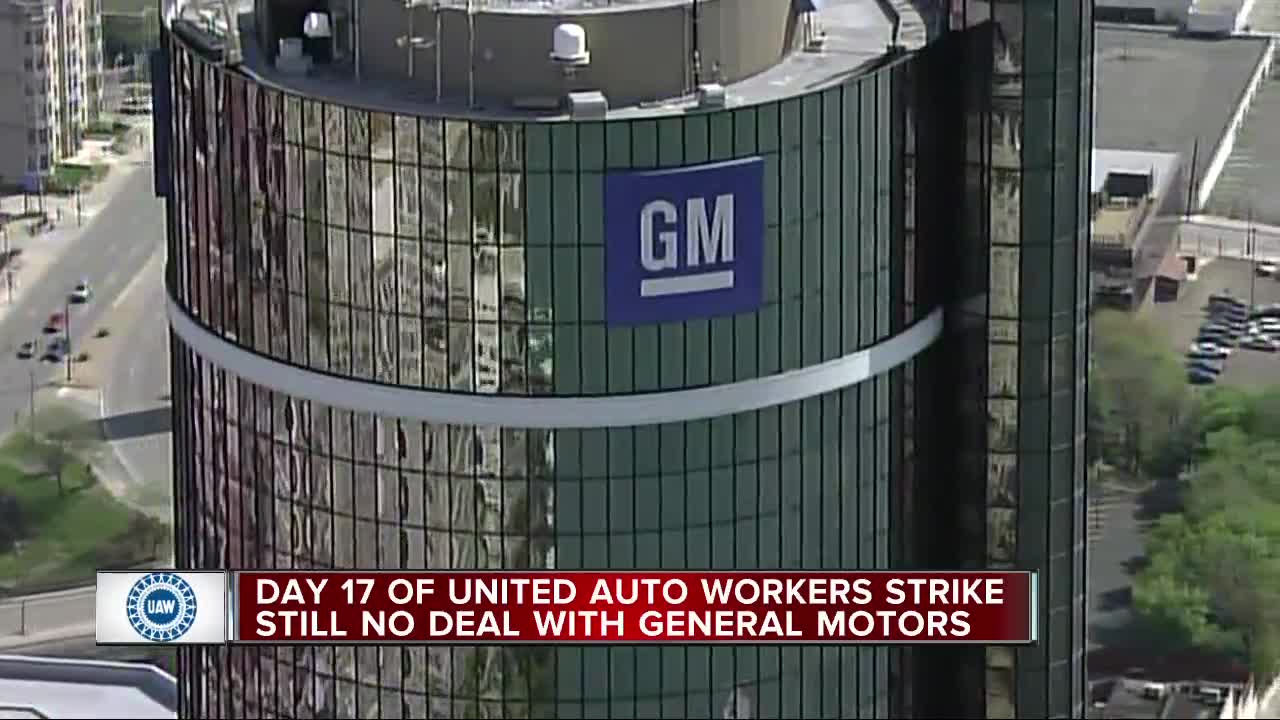 Both sides seem to be dug in on day 17 of the strike by the United Auto Workers Union against General Motors.

(WXYZ) — Both sides seem to be dug in on day 17 of the strike by the United Auto Workers Union against General Motors.

Wall Street analyst J. P. Morgan says GM has now lost $1 billion in the strike. And other analysts say those losses will continue to add up.

Kristin Dziczek at the Center for Automotive Research in Ann Arbor estimates the weekly losses will be $450 million a week and that the company will not be able to make up some of those losses when production resumes.

GM has shortages of parts in the supply chain and has been forced to layoff workers outside UAW jobs. The list as of today is:

Losses are also adding up for suppliers. According to J. P. Morgan the suppliers with the most percentage of GM business are:

On the UAW side, 46,000 striking workers are losing more than $200 million a week and living on $250 a week in union strike pay, about one-fifth of the normal pay for a traditional worker.

Some analysts are predicting it could take the entire month of October to get a tentative agreement between the UAW and GM and have workers ratify it.

So much is at stake for both sides as this next contract covers the next four years.