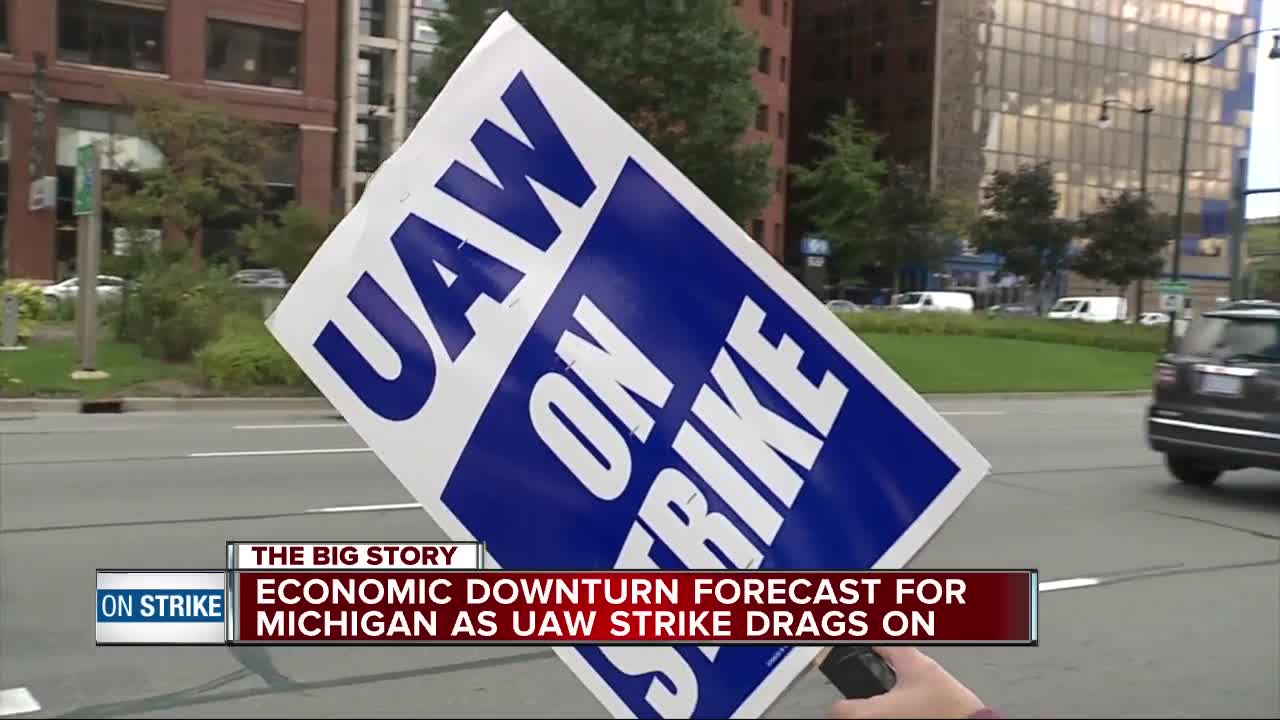 An economic downturn is forecast as the UAW's strike of GM drags on.

(WXYZ) — Noted Economist Patrick Anderson of the Anderson Economic Group in East Lansing is forecasting a Michigan recession if the strike at General Motors by the United Auto Workers goes into a fourth week.

He tells 7 Action News, “We estimate that we’ve already lost about 2% of all of that earned income for the third quarter. In the fourth week it’s going to over 2% and basically at that time you’re moving toward a red light flashing about essentially a one-state recession for southeast Michigan.”

Anderson says if GM and the UAW were as large as they were in the 1970s this strike would have negative effects on the national economy.

Some analysts have already estimated GM has lost $1 billion. Anderson estimated the 46,000 striking workers have lost $400 million in wages with half of that here in Michigan.

On day 19 of the strike, a sea of red, striking workers and supporters were on the picket line in front of the GM headquarters inside the Ren Cen where talks are continuing.

That included some members of UAW Local 699 in Saginaw. They are not with GM but Nexteer a tier-one supplier to GM. It shut down two weeks ago and about a thousand of those workers are on layoff.

That and so many other businesses affected by the strike all have a negative impact on the Michigan economy.