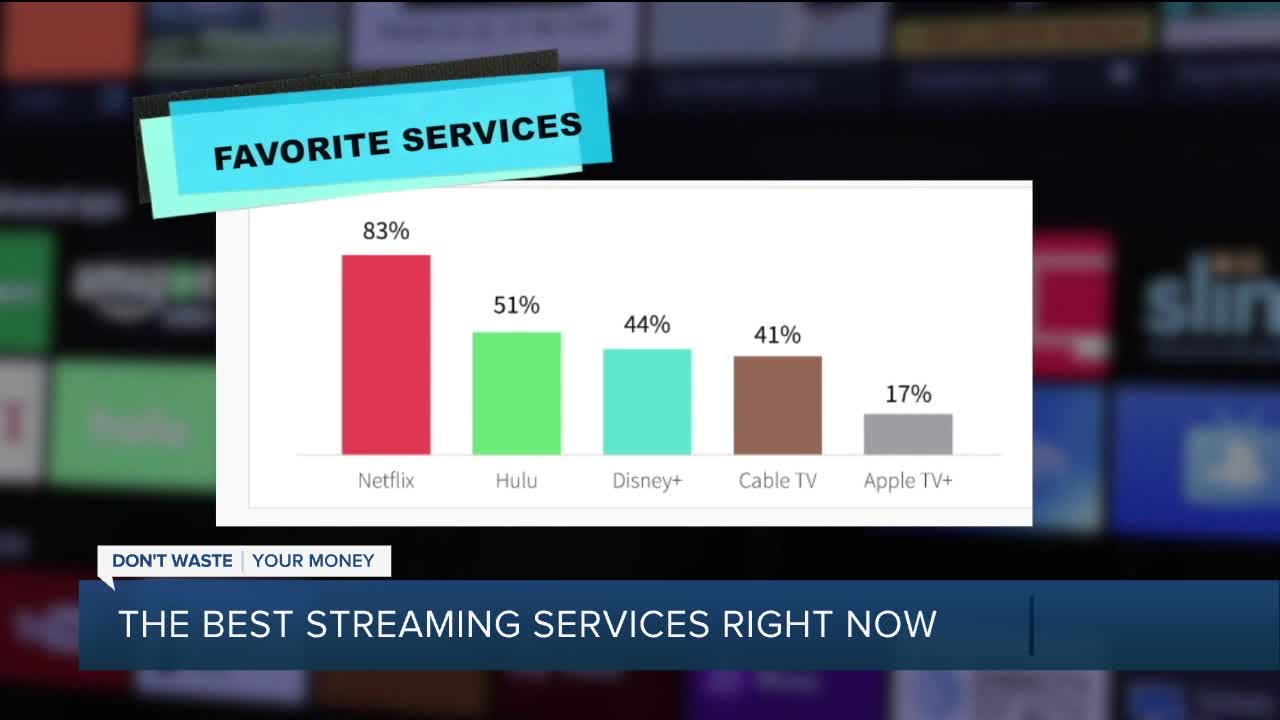 Have you been watching a lot more streaming TV during the pandemic? Most of us have.

(WXYZ) — Have you been watching a lot more streaming TV during the pandemic? Most of us have.

A new survey has found the best streaming services so you don't waste your money.

TV streaming services have exploded this year with people hunkered down and not going out to movie theaters.

So which services were the winners, and which may not be ready for prime time?

When it comes to consumer technology, no one beats Apple.

Its iPhone and iPad are state of the art and loved by millions.

But Apple's streaming service, not so much.

A new survey by the cord-cutting website Flixed found Apple TV plus is the least favorite major streaming service, according to 1,200 hundred streaming customers surveyed.

The favorite streamer? Netflix, and it’s not even close.

The survey showed 83 percent of people preferred Netflix, followed by Hulu at 51 percent and then newcomer Disney at 44 percent.

Next was cable TV, followed by Apple Plus at the bottom.

And from the doesn’t that stink file, the problem with Apple TV plus.

Flixed says viewers gave it low marks for both its variety of programming, and its user interface and that stinks.

The one good thing about Apple TV plus: it’s price.

It’s just $5 per month, or free if you buy a new iPhone or iPad, which makes it a great service if you are on a tight budget.

In the end, the best streaming service is the one that has the most shows you want to see. And that way, you don’t waste your money.