MoneyConsumerDont Waste Your MoneyMoms A Genius 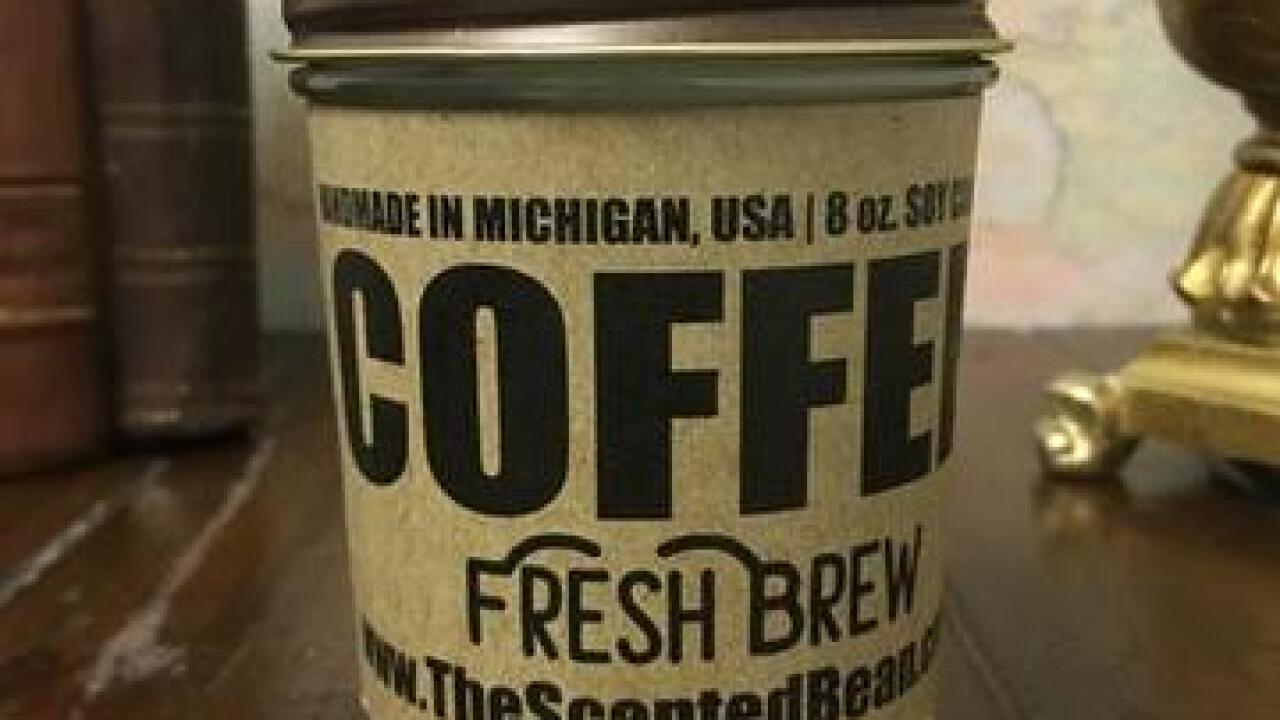 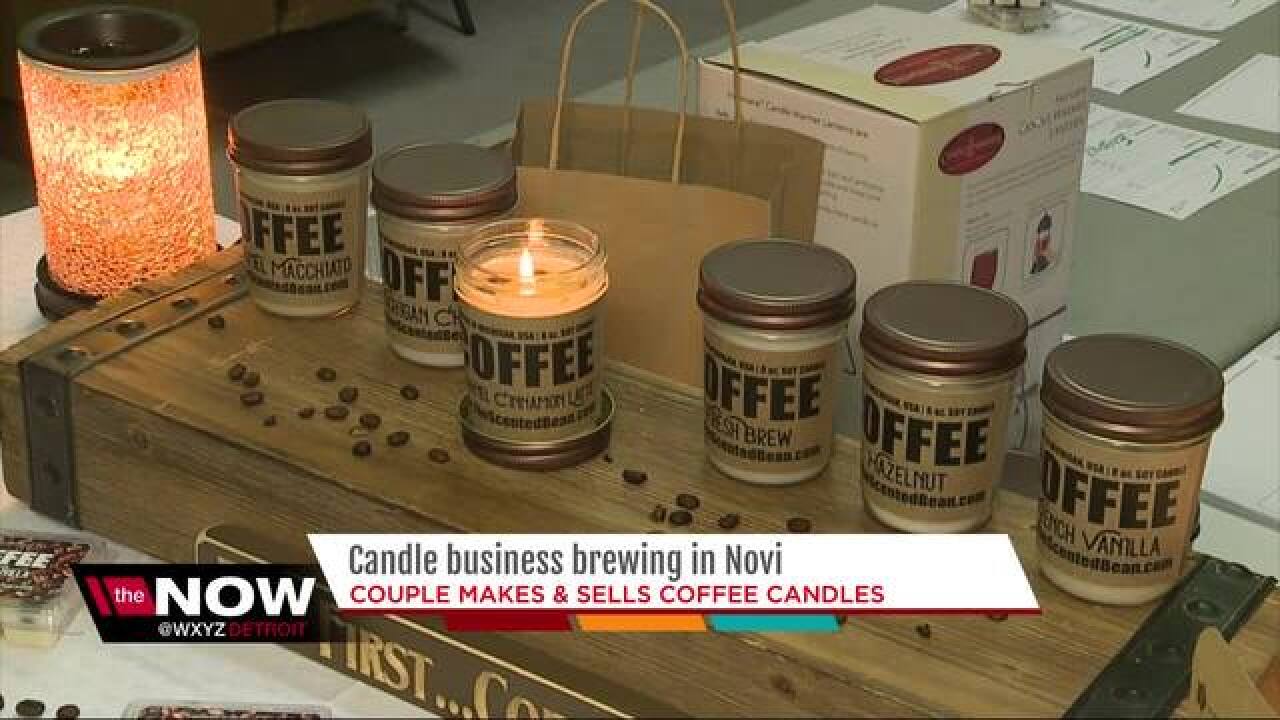 There’s nothing like the smell of a good cup of coffee. It means morning… a pick me up… and for Lisa and Jason Stoops, self-proclaimed coffee fanatics, it’s the smell of success.

They own the Scented Bean Candle Company.

And they all smell like coffee. Flavors include Fresh Brew, Hazelnut, Michigan Cherry Coffee, French Vanilla. Caramel Macchiato, Caramel Cinnamon Latte and Mint Mocha Latte; all hand made in a Novi warehouse.

When the idea began brewing

“Coffee was definitely a must in the morning, dealing with kids,” he says with a smile.

He wanted to make some extra money, and Lisa suggested he make candles. So he did, all different kinds, right in their Metro Detroit home. He sold to friends and family; it was really more of a hobby than a business. In 2013, Jason and Lisa opened a retail store, making a go of a real business. But a couple years later, they decided online and wholesale sales were the way to go.

“We started doing a candle for everyone and doing regular scents that everyone else would do, but when we started seeing the reaction towards the coffee candles, that was my marketing brain saying okay, we need to hone in on this coffee candle and really go all out there," Lisa explains.

Looks and smells like a real cup of coffee

Part of what makes the candles so special... they each come with a sleeve around it, just like a carry-out coffee cup. The candles are also made with real coffee beans.

“I think it was about July or August, we were just like, ‘we need to make this happen, we have to just go big or go home,’” she says.

And that meant moving production out of their home. They have three kids, and their candle business had already taken over one of the kid’s bedrooms. They chose a Novi warehouse as their new workshop.

Lisa, who works freelance in marketing and advertising, went to work, seriously marketing the candles on social media. It worked. From August to December, they did one hundred thousand dollars in sales. They hired two employees as they’ve ramped up production. Jason makes the candles, and Lisa markets them. Their candles are now sold in dozens of boutiques around the country and online.

“There are just a lot of coffee fanatic out there,” Jason says. “I never realized how many people love coffee.

And while their candles won’t give you your caffeine fix… they’ve been just the career jumpstart Jason and Lisa were looking for. Jason no longer drives a school bus. Instead, he’s working full-time making candles… to make this company a success.