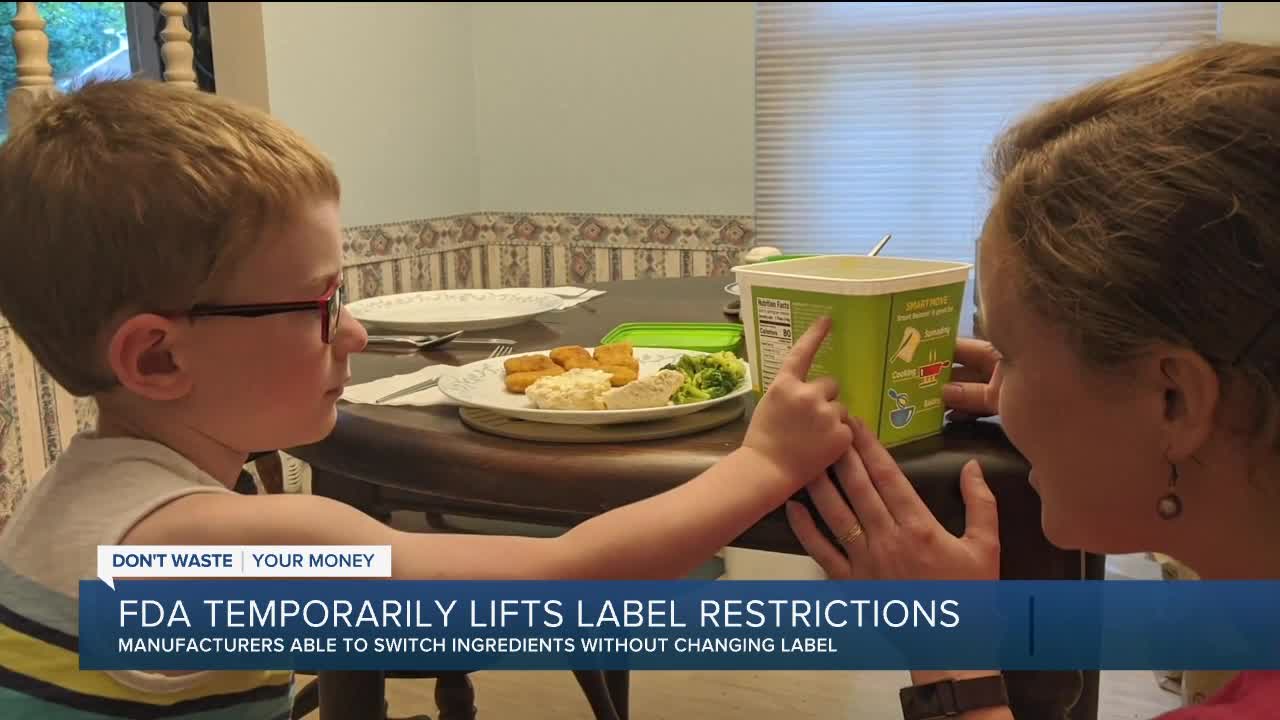 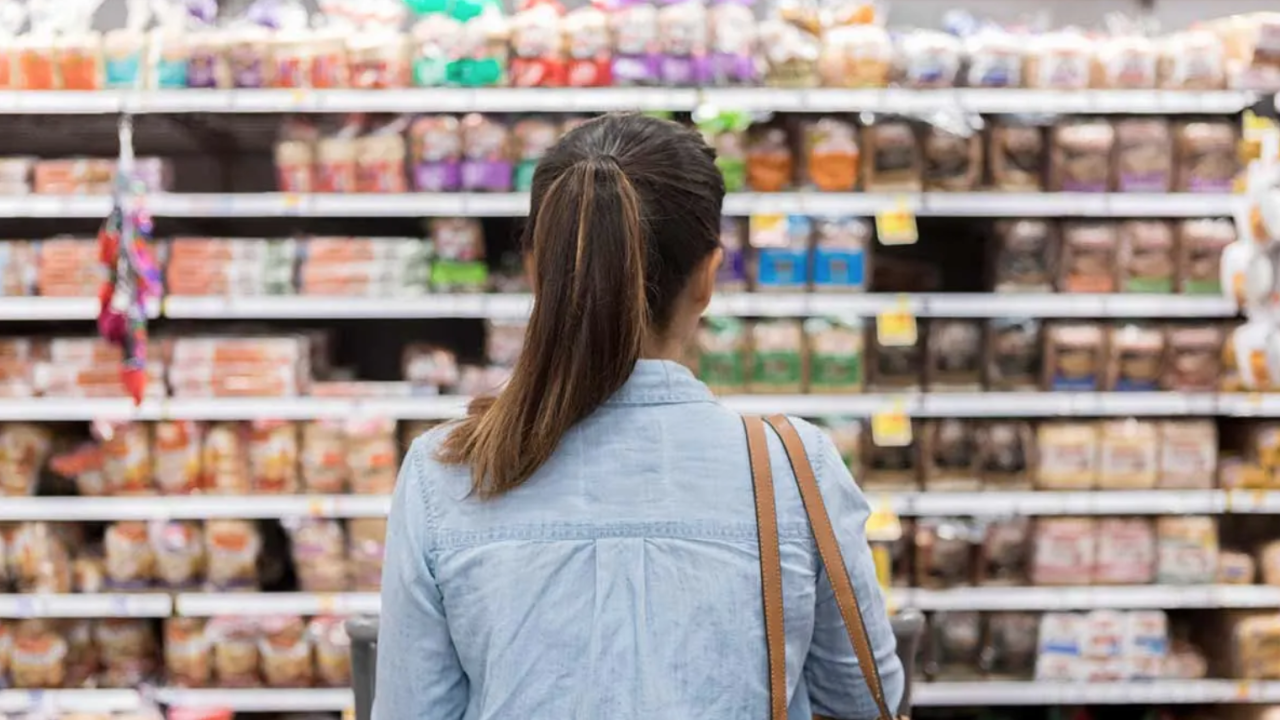 To avoid potential food-supply-chain disruptions in the midst of the coronavirus pandemic, the Food and Drug Administration announced last month that it has temporarily relaxed food labeling guidelines, allowing manufacturers of packaged foods to substitute certain ingredients without changing the labels.

The guidance was meant to head off issues that could arise if manufacturers were to have trouble obtaining ingredients, and pertains only to ingredients that are present in foods in relatively small amounts.

But it immediately raised alarm for people with allergies or special dietary needs who need to know with certainty what’s in the food they eat. Almost 3,000 consumers have written to the FDA to express their concern.

“All I do is teach my child how to read food labels and how to be careful, and now the government is saying that might not work and he might have a deadly reaction?” says Debbie Tola of Denver, whose son is severely allergic to numerous foods—some of them among the top eight allergens (which include peanuts and eggs) but also others that are less common. “If I can’t trust the labels, how am I supposed to know what is or isn’t safe for my child to eat?”

Consumer Reports is not aware of any public reports of adverse events resulting from this guidance to date, but numerous food safety groups say that the temporary rules are still cause for serious concern.

Shortly after the FDA issued the announcement on the Friday of Memorial Day weekend, parents, individuals, and consumer advocacy groups—including the Center for Science in the Public Interest (CSPI), the Allergy and Asthma Foundation of America (AAFA), and Food Allergy Research & Education (FARE)—mobilized with petitions and letters to the FDA requesting more transparency about food labels. And they say there is confusion among consumers regarding the new FDA rules.

The FDA states that the ingredient being substituted into a food cannot be one of the top eight food allergens without disclosing it to consumers. (In addition to peanuts and eggs, the other main allergens are milk, fish, crustacean shellfish, tree nuts, wheat, and soybeans.)

But beyond those eight, the guidance is more vague. It says manufacturers “should avoid” using as substitutes other foods that are known to cause allergies or food sensitivities, including sesame, celery, buckwheat, glutamates, and sulfites. But the guidelines allow manufacturers to make decisions about what constitutes a health and safety risk at their own discretion, without any transparency or accountability, or reporting to the FDA that they’ve done so.

Even more concerning and confusing to consumers: The FDA guidance specifically states that the temporary rules do “not establish legally enforceable responsibilities” and “should be viewed only as recommendations. . . . The use of the word should in our guidance means that something is suggested or recommended, but not required.”

When Consumer Reports asked the FDA how it will ensure that companies comply with the new food safety recommendations, the spokesperson pointed to the information posted on the agency’s website but did not specifically comment.

Sarah Sorscher, deputy director of regulatory affairs at the CSPI, says the FDA guidance undermines transparency and puts consumers who must avoid even small amounts of certain ingredients at risk. “The FDA has tried to hedge against that risk by asking food companies to disclose any ingredients that pose a ‘health or safety issue,’” she says. But that’s insufficient, she believes, because food companies cannot know what consumers who have rare allergies or medical conditions might consider to be a health or safety risk for them.

Tola finds this directive terrifying. “I honestly can’t believe the FDA has allowed this. It’s so hard to be an allergy parent, to constantly monitor and worry about food,” she says. “We’re already so careful, the least we expect is that a label would be properly identified and that a manufacturer would be required to take the small amount of time and money to put a sticker on something to alert us that ingredients may have changed. It seriously alarms me that the government is essentially saying that they’re not overseeing it and they’re not protecting everyone.”

Lisa Gable, CEO of FARE, says that since the guidance was issued, she has met with 30 major food companies and organizations, including the industry group Food and Beverage Issue Alliance (FBIA), and was told that none of those companies have yet had to make any ingredient substitutions. But if substitutions do become necessary, FARE and other food safety groups have asked that manufacturers place temporary labeling stickers on products or post ingredient changes on their websites, at retailer’s websites that sell their goods, or on SmartLabel (an app that provides detailed information on food labels).

An FBIA spokesperson stated that “substitutions or changes would only be executed when it is temporarily necessary to do so in order to keep food products available to consumers, and any needed substitution will be communicated to the consumer on a manufacturer’s website or at point-of-sale.”

The concern with this approach, Sorscher says, is that “the FDA hasn’t required the industry to report these changes publicly or even privately to the agency, so there is no way to track the impact.”

What the FDA Guidance Means for You

So what should you do if you or someone in your family has a food allergy or follows a special diet? “While it sounds like it probably won’t be an issue for most of my patients, if they are worried about their allergy to a nonmajor allergen and they have a product they depend on, I advise them to call the manufacturer and confirm everything is okay and hasn’t changed,” says Scott H. Sicherer, M.D., director of the Jaffe Food Allergy Institute at the Icahn School of Medicine at Mount Sinai in New York City and author of “Food Allergies: A Complete Guide to Eating When Your Life Depends on It.”

Gable at FARE also suggests that consumers make their voices heard by registering any concerns on the FDA’s website or by writing to the industry group representing manufacturers at info@feedingus.org.

The CSPI’s Sorscher also encourages consumers to be diligent about following up with manufacturers in the coming months because the FDA has not set an end date for these temporary rules, which she fears could linger and become permanent. “It’s troubling that the agency has discussed extending the policy for an indefinite period beyond the current pandemic,” Sorscher says. “We don’t want to see the pandemic become an excuse to roll back regulatory safeguards in the name of promoting ‘flexibility’ for businesses.”