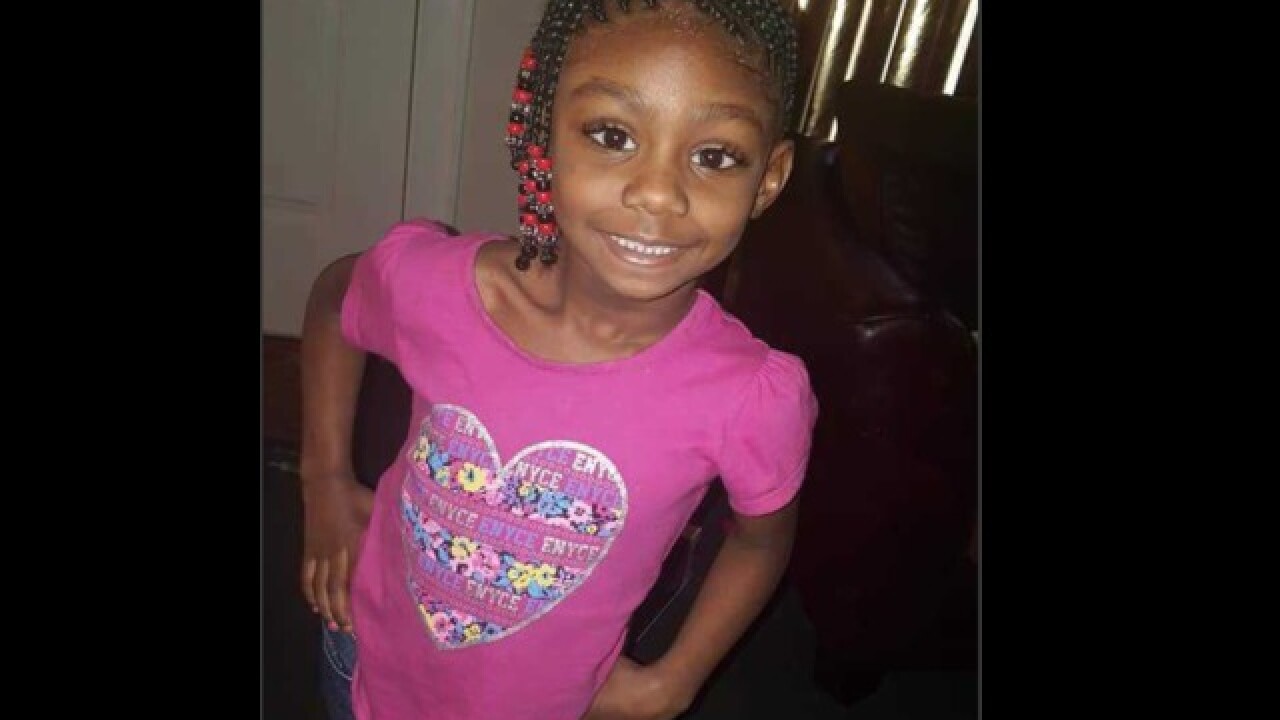 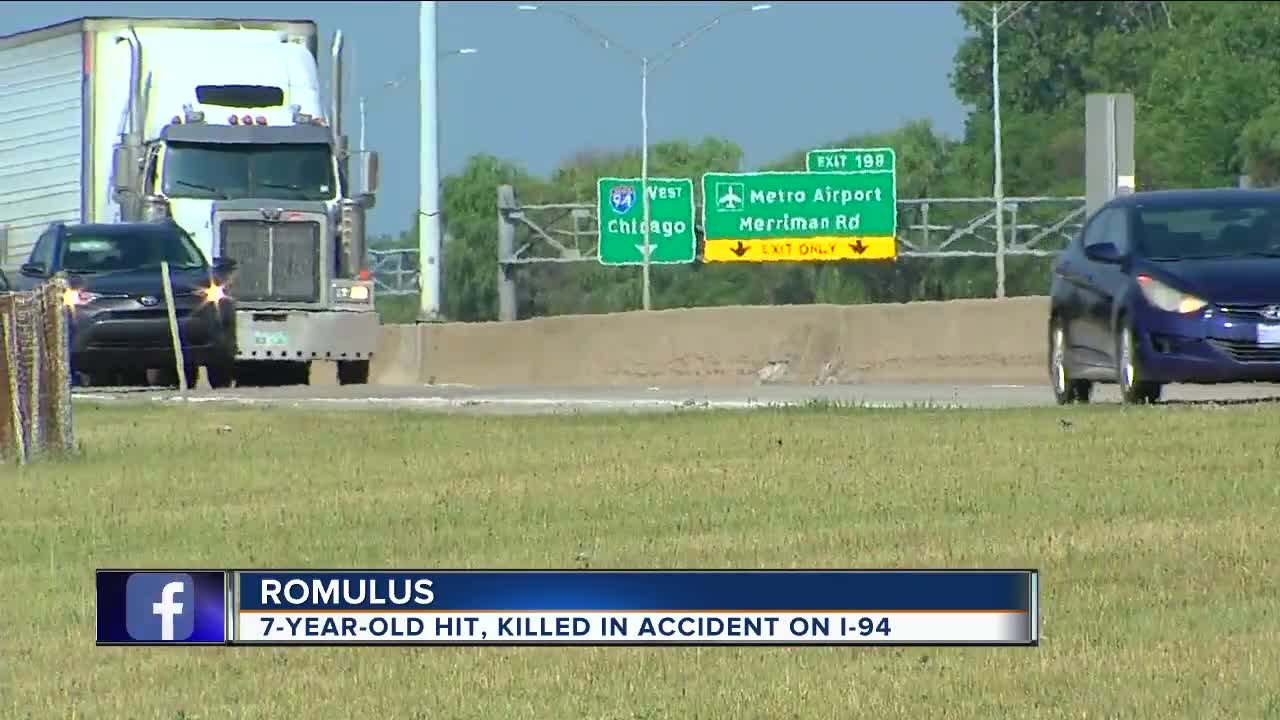 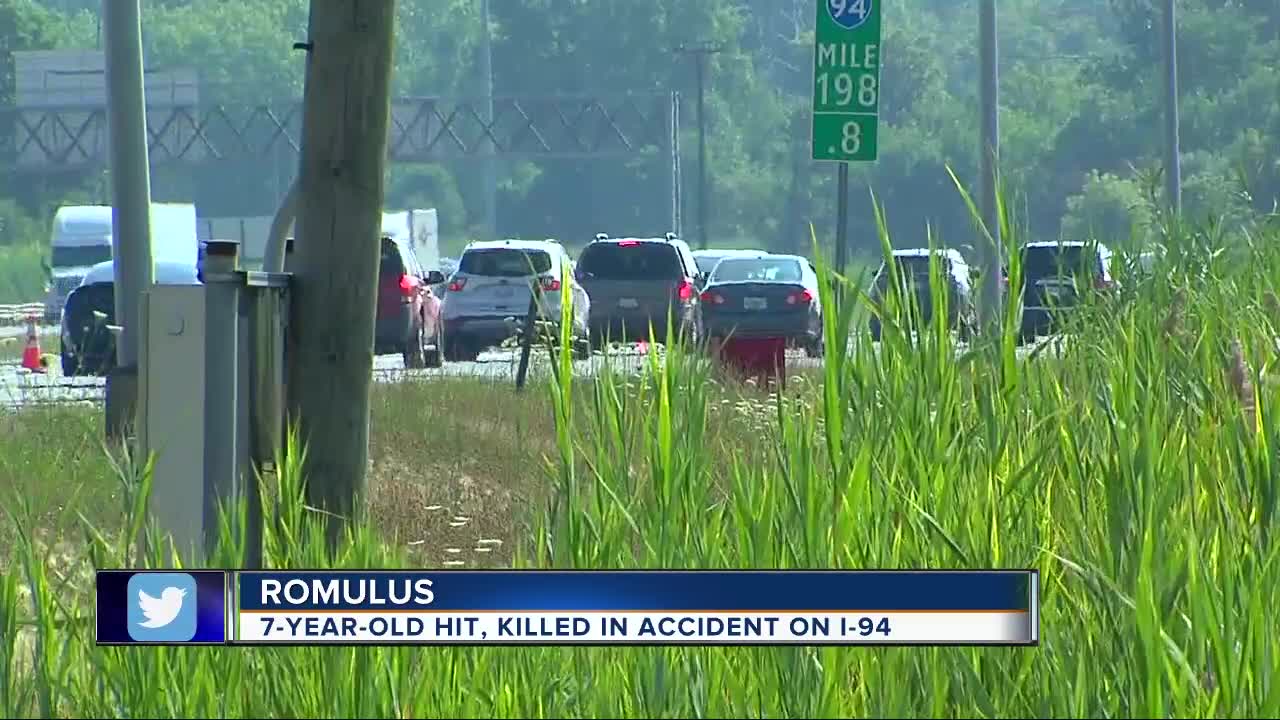 A 7-year-old girl was killed while attempting to cross eastbound I-94 in Romulus after police say she was seeking help for her father who was allegedly involved in a drunk driving crash early Sunday.

The girl has been identified as Desandra Mariah Thomas.

Troopers arrived at eastbound I-94 and Inkster in response to a driver who believed she had hit a person. When officers began investigating, they did not see damage to the woman's vehicle or an injured person or animal in the area.

According to a series of tweets sent out by MSP Metro Detroit, after investigating the suspected pedestrian accident, troopers learned that the Romulus Police Department had been looking into a crash that happened on I-94 and Merriman at 3:30 a.m. involving a suspected drunk driver that occurred earlier. Desandra had been sending Romulus police text messages requesting help.

Police say the 7-year-old girl attempted to cross I-94 to find help when she was struck by the vehicle Michigan State Police Officers were investigating. The child was killed instantly.

The driver of the car that hit the young girl has been released, while the father of the girl, who was allegedly drunk driving, is in police custody.

Romulus police and MSP are still investigating both incidents.

I94 Fatal Update: The following is preliminary information and is subject to change with further investigation. Troopers at the Metro South Post were dispatched to eastbound I94 & Inkster for a female driver who believes she hit a pedestrian. pic.twitter.com/oixV8w6zSO

. A short time later, Troopers learned that the Romulus Police Department had been investigating a crash eastbound I94 near Merriman involving a suspected drunk driver. Romulus Police also began receiving text messages from a 7 year old female that she needed help. pic.twitter.com/HdKplctILN

.The child attempted to cross I 94 and was struck by the initial vehicle MSP was investing. She was killed instantly. Further investigation determined that the drunk driver from the crash Romulus Police was handling is the father of the 7 year old. pic.twitter.com/1Cyl4VJC2i

. Notification has been made to the girls mother. The child is from Detroit. Romulus Police are investigating the drunk driving portion of the investigation and MSP is investigating the fatal crash. The driver of the vehicle that struck the child has been released. pic.twitter.com/WpysxnuePI

.The driver of the drunk driving crash and father of the 7 year old child is in custody. At this time no further information is going to be released due to the prosecution of this incident pic.twitter.com/TR8LVYh9ie