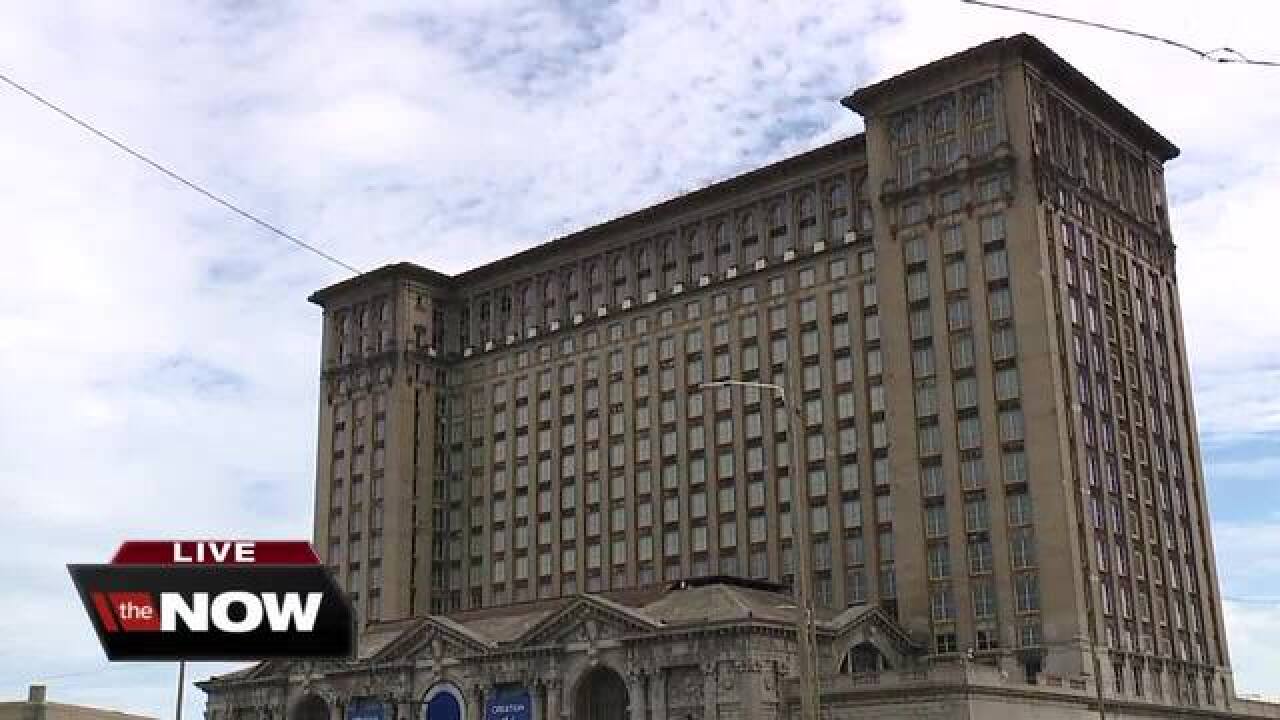 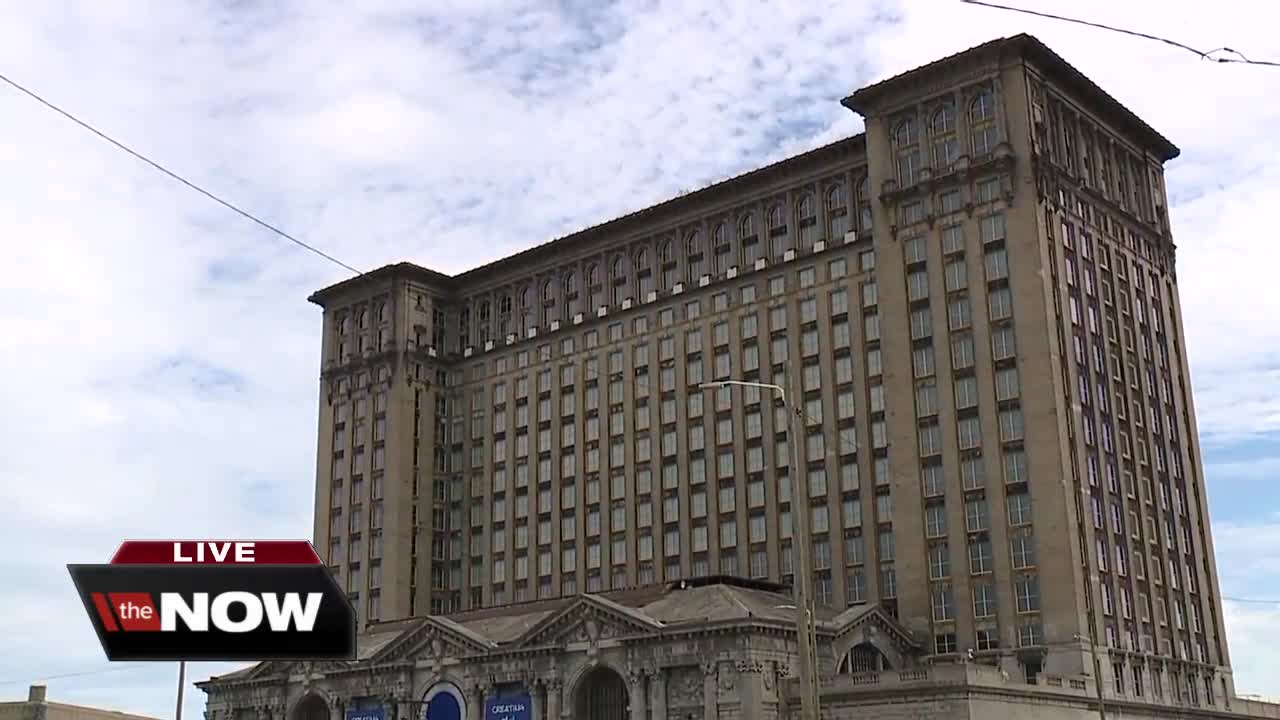 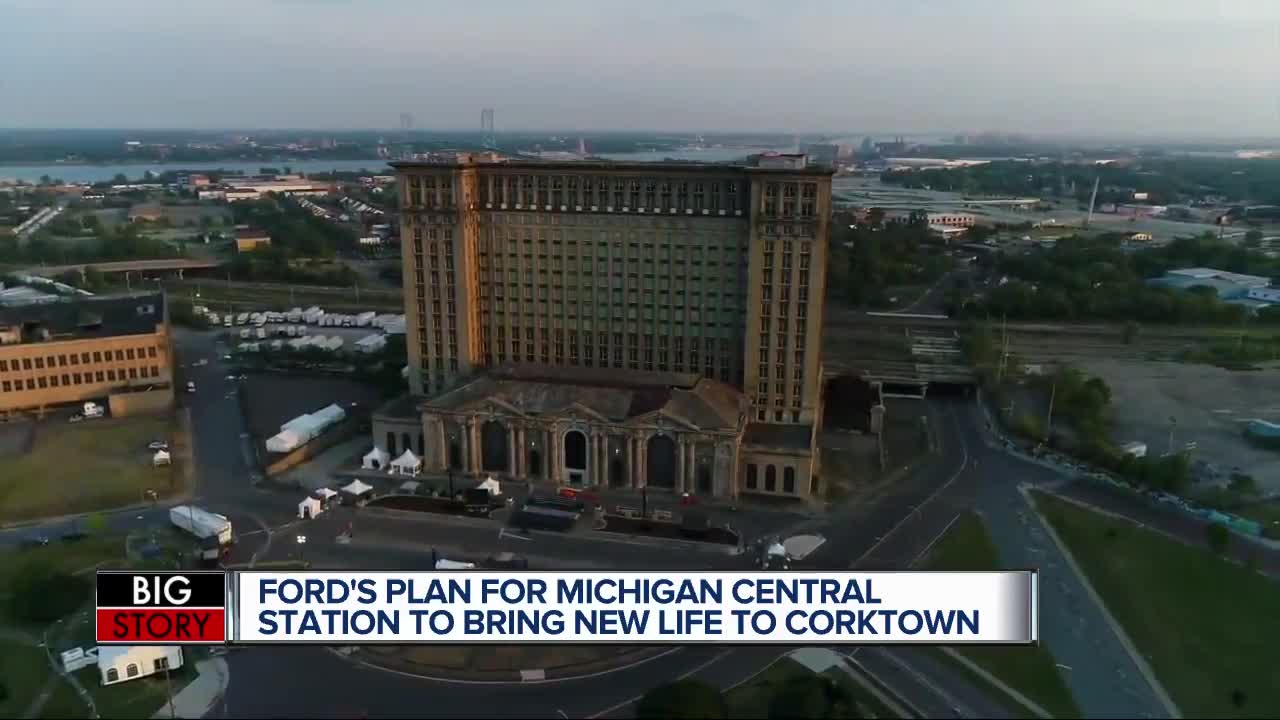 Celebrations at the Michigan Central Depot for Ford’s big announcement drew in a large and excited crowd.

Ford bought the abandoned building to turn into an innovation hub.

Big Sean took to the stage in front of one of Detroit’s iconic buildings.

Ford is turning the train depot and a couple of other properties in Corktown into a hub, focusing on electric and autonomous cars.

“For 76 years the train station was our Ellis Island," said Bill Ford Jr. "The place where dreamers in search of new jobs and new opportunities first set foot in Detroit.”

They plan on making the ground level full of retail shops, bars and restaurants and then office space above it.

About 2,500 employees will be working at the Corktown location by 2020. Taking this empty building and making it new again, and a symbol for the city.

Ford added that the revitalization of the Michigan Central Station is “a signal to the world that Detroit is open for business for good."

People have been using the word “historic” to describe today’s event.

“Twenty years ago you just see the crumbling building, it was reminiscent of what was happening in the city,” said Ford employee Dan Bechlem.

Alison Shefferly worked at Ford for more than 30 years and she said she’s proud the company is investing in Detroit.

“I just love how vibrant the city is," she said. "People love to come down and this will just be another reason to come down to Detroit."

Shelia Thompson has also worked for the company for 30 years.

“Oh it was awesome," Thompson said. "It was great the Ford Motor Company is part of the Detroit comeback.”

Non-employees who attended the event, like Kara Noto, agreed saying, “Ford’s investment in the city is important no matter where it is.”

Ford’s plan includes turning this into a mixed-used building with retail and restaurants on the first level and office space above.

Some employees, like Julie Predd, got a tour inside before the event.

“You can see what it once was," Predd said. "They talk about the majestic look in there. It’s still there. It just needs a little tender loving care, and it will be back to where it once was.”

Ford will be offering tours:

Before renovations begin, Ford is offering the public a chance to attend an open house at Michigan Central Station from June 22-24.
Highlights of this complimentary tour include: