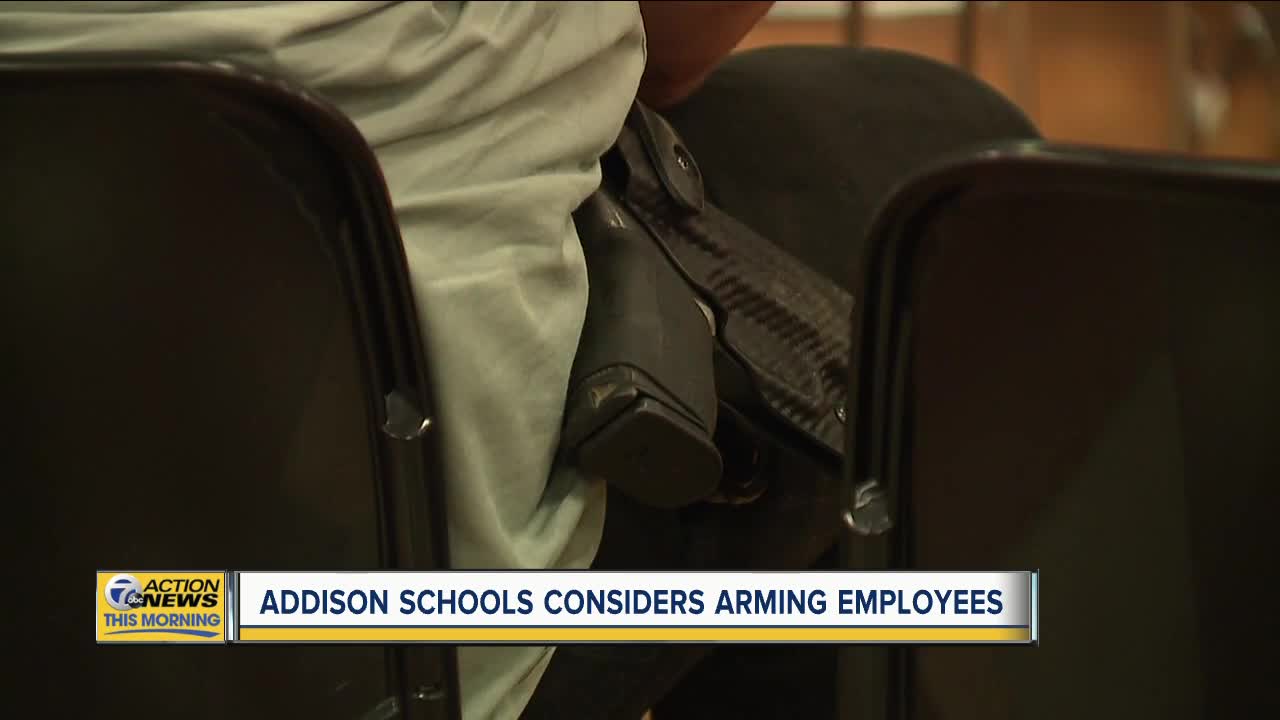 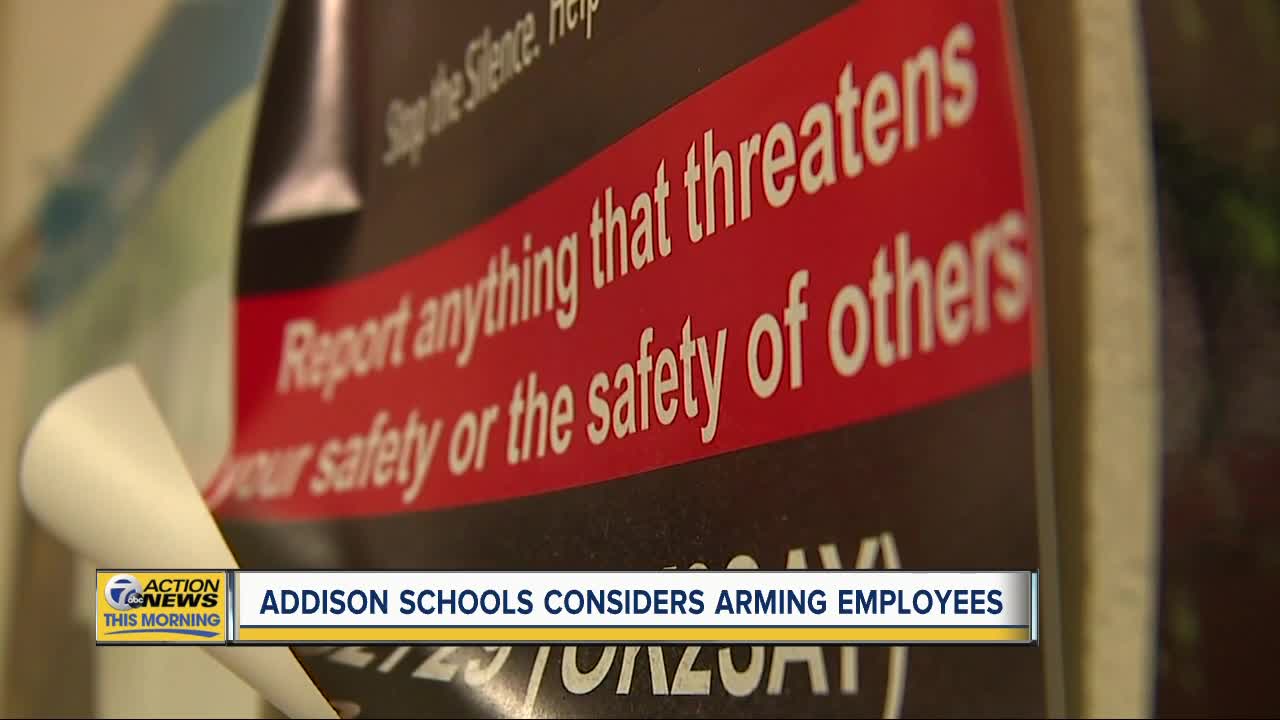 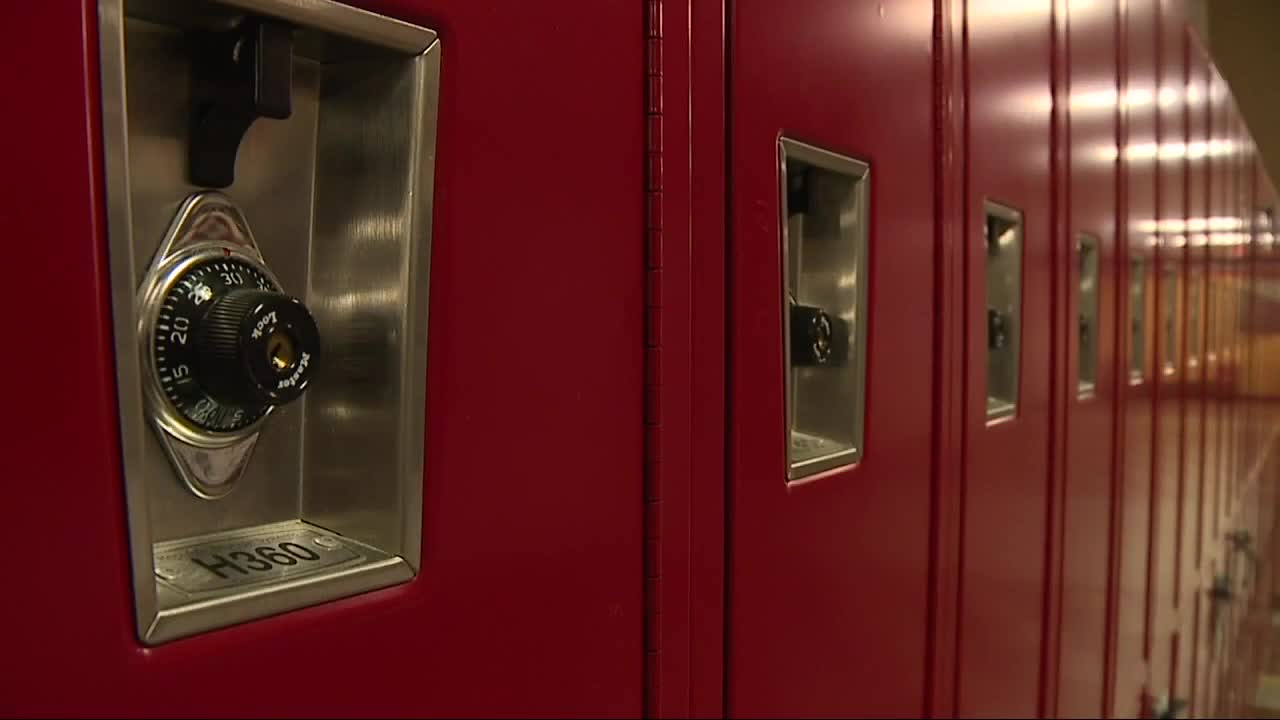 ADDISON, Mich. (WXYZ) — Should teachers in Addison Community Schools be armed with guns? That was the topic of discussion at a school board meeting Monday night.

School shootings have unfortunately become too common in the U.S. The school board in Addison has been talking about arming teachers in schools for some time, and now they want to hear what the public thinks.

"We’re not taking it lightly and again this is a hot topic," said Supt. Steve Guerra.

The Addison school board wants to keep their students, faculty and staff safe. One option is to arm employees in schools.

"If something that bad happens, it’s about the consequences, and the only thing that can stop a bad guy is a good guy," said parent Mike Warren.

So far in 2019, there have been more than 20 school shootings in the U.S., in which someone was either killed or hurt. The Addison school board says arming employees won’t prevent a school shooting from happening but it can reduce the amount of casualties.

"We’ve talked about piloting the program," Guerra said. "Just as a try. Maybe it’s the superintendent openly carrying just like a liaison."

One student in attendance says she agrees students need to feel safe, but says if teachers were armed it would make students uncomfortable.

"I would rather they didn’t have guns," said Isabella Perez, a freshman at Addison High School. "It’s scary to have teachers have guns in the school."

Already the school board has taken extra security measures. They’ve installed more security cameras and shatterproof film to 192 windows, but say arming employees may be the next step to protecting the more than 830 students within their district.

The board and school safety committee will now meet and go over what was discussed and decide what to do moving forward.