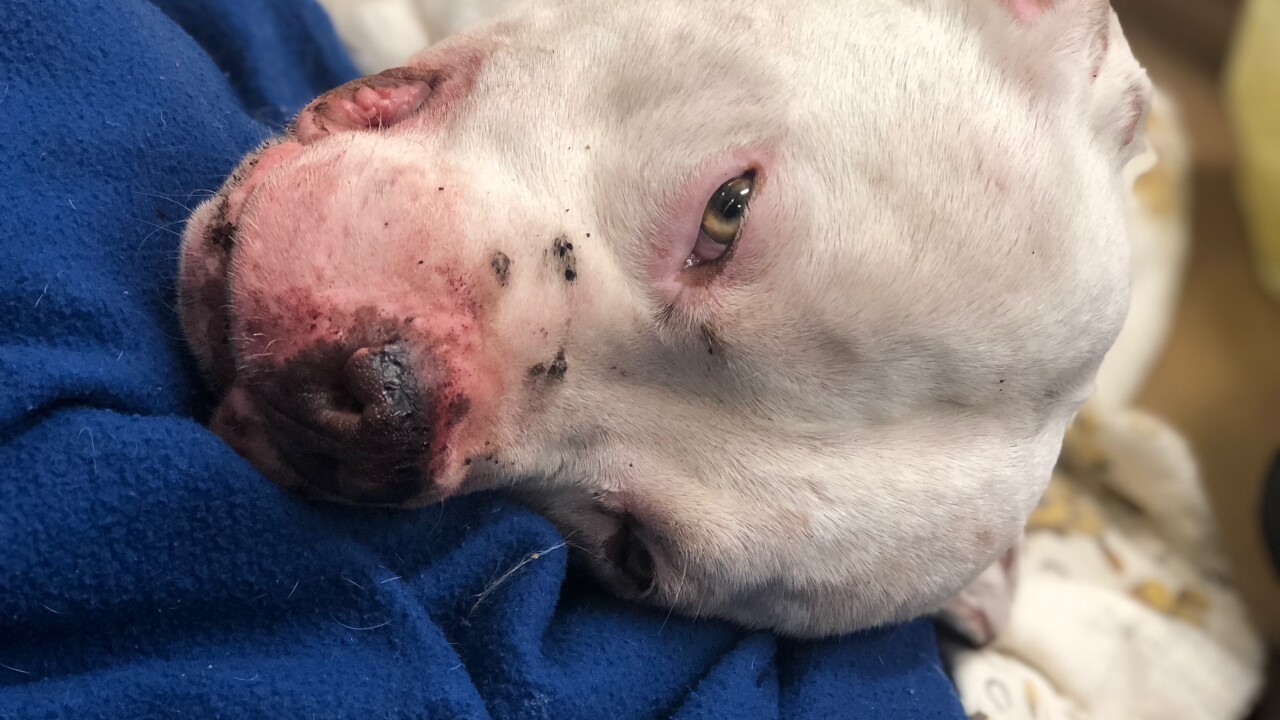 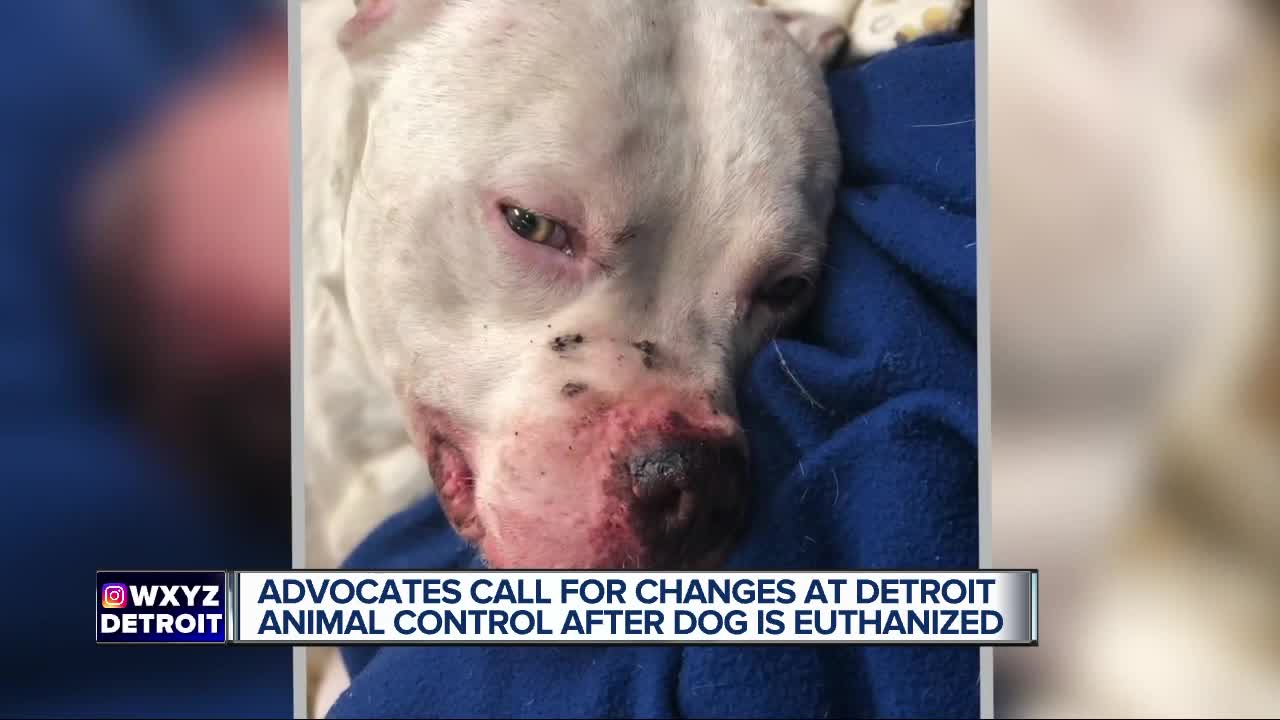 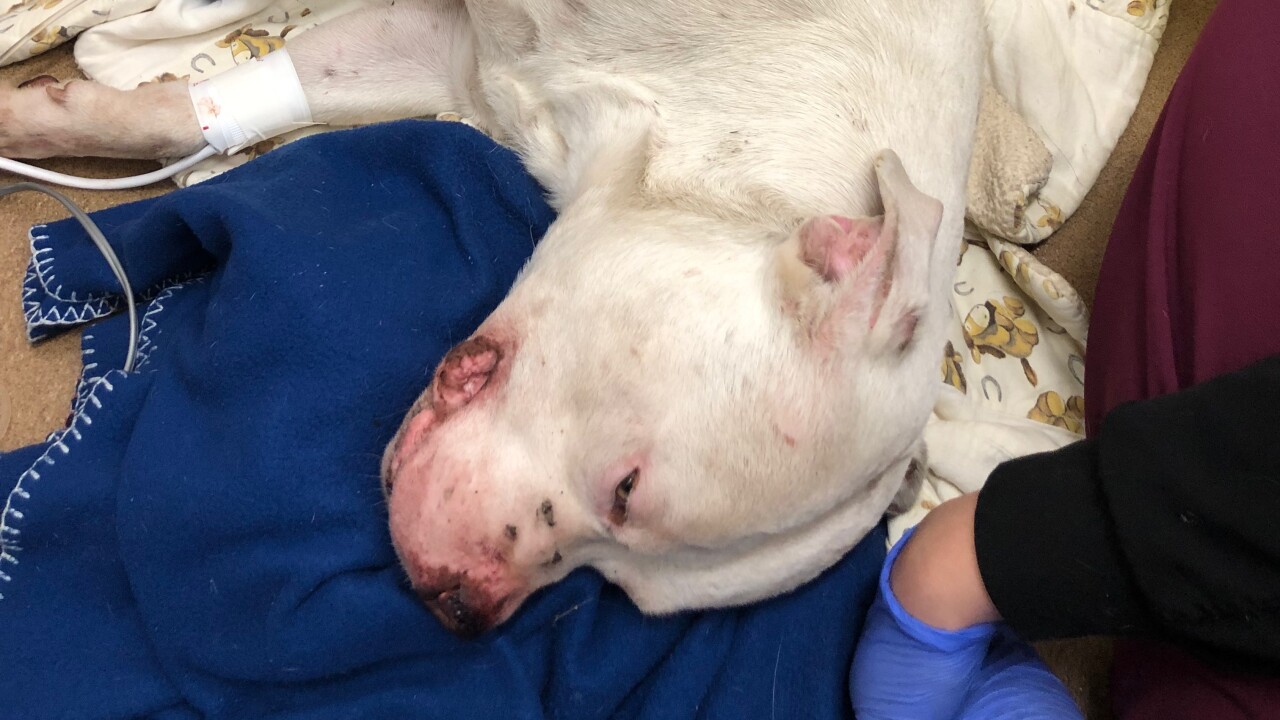 "Every dog we take out is sick," Rinaldi said.

Detroit Rescue is an nonprofit, no-kill shelter that supports animals at the city shelter. The group said they have documented hundreds of complaints about the shelter from the public.

Recently, a mixed-breed pit bull named, Lux suffered from a prolapsed rectum. He was in care of the city's shelter.

"It happens when dogs will eat rocks or sticks," Rinaldi said.

Photos of Lux's condition are too grotesque to broadcast or show online.

"48 hours! When my team showed up they told me they found Lux in a cage with a blanket over it in agony and he was eating his own flesh," Rinaldi said. "It’s probably an unimaginable amount of pain and just suffering."

The city declined to speak on camera. However, they provided a written statement.

Over the past two years, Detroit Animal Care and Control has made some significant progress in a number of areas, but we recognize that more progress can be made in others. On the animal control side of the operation we will be doubling our number of budgeted field officers from 9 to 18 thanks to an increased allocation in this year’s budget. New staff will start as early as next week. We also have added two more trucks and expanded hours to include weekend response for the first time in years. On the animal care side, we have more work to do. We recently secured a $123,000 PetSmart Charities grant for spaying/neutering services and received $1.3M in city funds for facility improvements, but we still are not able to provide the spectrum of care we’d like. Because we are the care giver of last resort, we receive animals that are badly injured and sick and fighting for their lives all the time and our live release rate has increased and currently is holding steady at 70%. However, because of our limitations, we rely heavily on our third-party partners to help get dogs like Lux to veterinarians that can perform major surgeries. When Lux was brought to our facility on April 24, he was immediately assessed and determined to need surgery and provided medicine to ease his pain until Detroit Dog Rescue was able to bring him to a veterinary surgeon. We appreciate the support these partners provide us as we constantly work to bring further improvements to the level of care we can offer.

"We need immediate action now," she said. "They need improved funding, they need more animal control officers on the street."