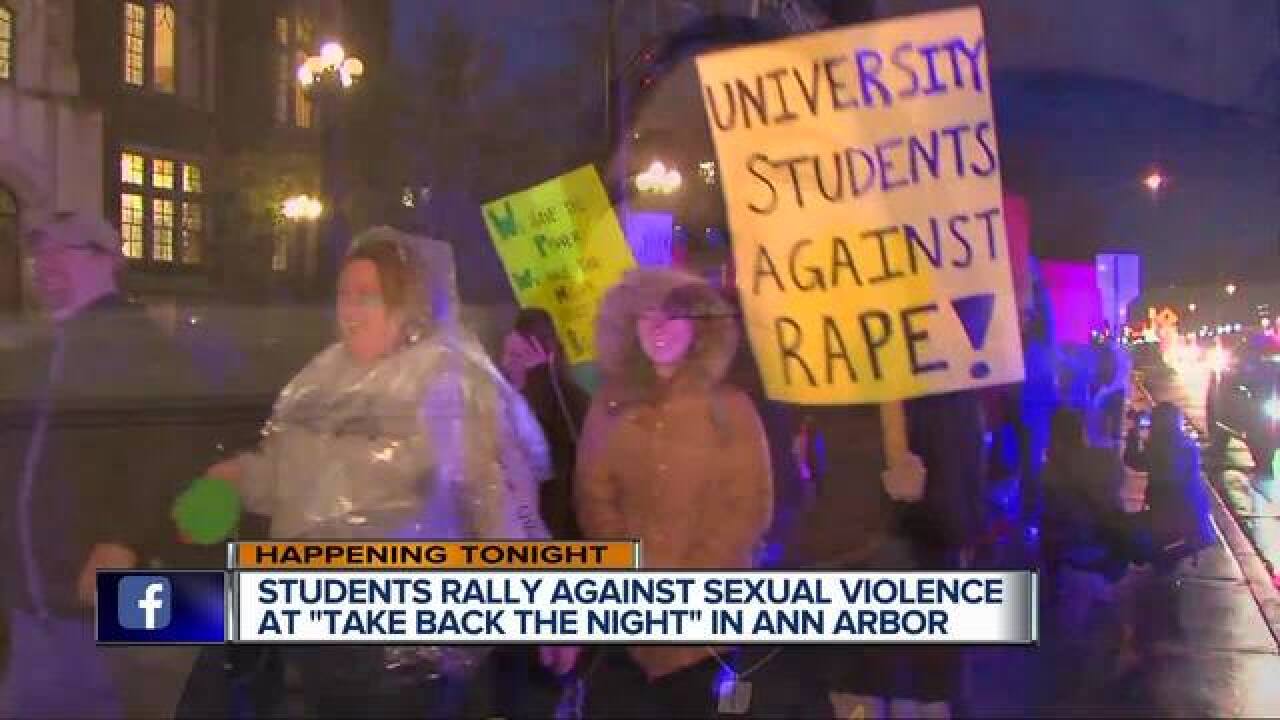 Thursday night marks the 40th Take Back the Night Ann Arbor rally and march, a grassroots movement meant to shine a light on survivors of sexual violence to given them a voice.

“This is so important that people need to be able to talk about it to heal,” said Pamela Swider, an organizer for the event.

Swider, a survivor of sexual violence herself, became involved in the Ann Arbor event after attending a similar event herself. For her, the idea of helping other survivors is the driving force behind her work for the event. She’s also the founder of the group “Standing Tough Against Rape Society” or STARS.

Take Back the Night is known for it’s march through the streets of the Ann Arbor, but before the march and following candle light vigil the evening begins by connecting survivors to valuable tools to help them.

This year Margaret Tallet, COO of the Michigan Women’s Foundation, will serve as a keynote speaker. An American Idol runner up will be singing at the event, and multiple organizations that help survivors of sexual violence will be in attendance to pass out information.

Swider said the ability to meet with other survivors and talk out loud about their experiences can be a big deal — the parent group Take Back the Night states that less than half of sexual crimes go unreported despite one in three women, and one in six men, becoming victims.

“Shame is such a big part of dealing with being assaulted,” said Swider. “If survivors are supported I believe it helps eradicate some of that and takes away some of the power the perpetrators have.”

The 40th annual Take Back the Night Ann Arnor rally and march will be held in the Rogel Ballroom in the University of Michigan Union. The march through the streets of campus and Ann Arbor is immediately following the rally — the group will return to the Union for a candlelight vigil.