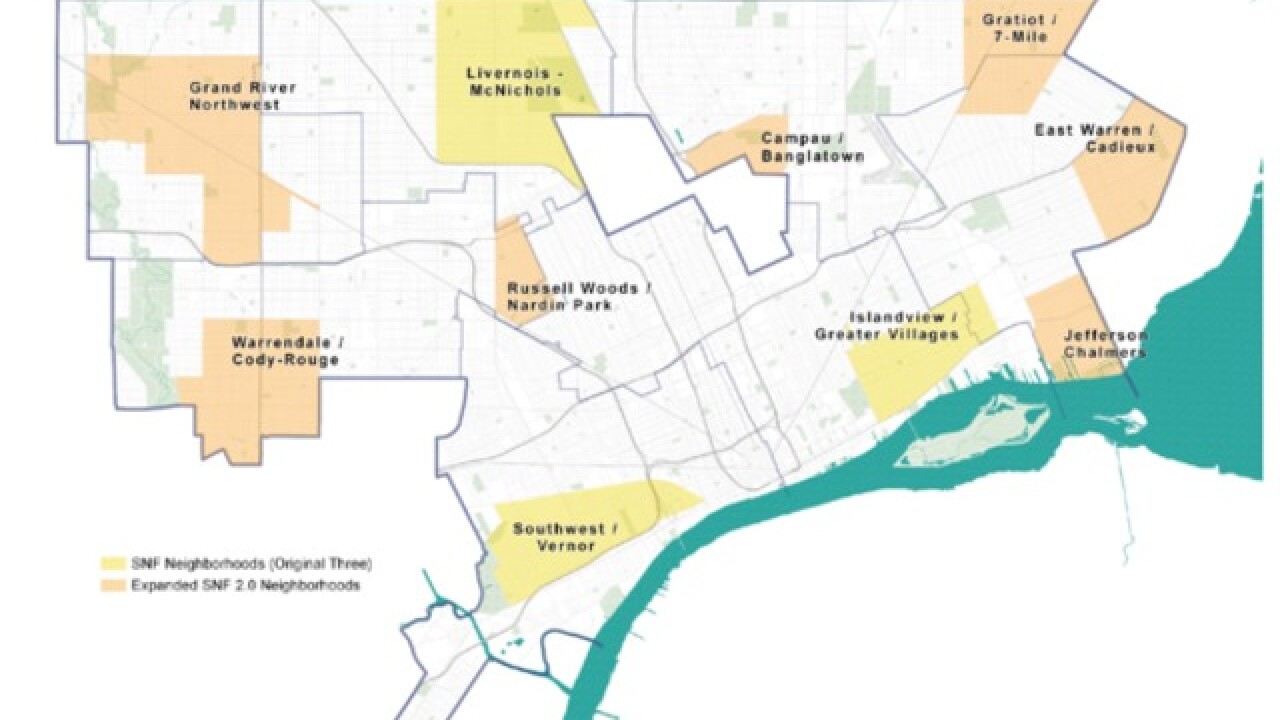 The City of Detroit has announced that it will be expanding its Strategic Neighborhood Fund to include seven more neighborhoods.

“In the first three neighborhoods, we went in and worked with the residents to support development and we saw incredible results,” said Mayor Mike Duggan. “We’ve got new mixed-use apartment buildings with affordable housing, we have more businesses and more parks opening up. We applied the tools that drove the development in downtown and midtown and put them into neighborhoods, and now we’re expanding that to seven more areas across the city."

According to a news release from the city, the Strategic Neighborhood Fund 2.0 will raise $130 million to build "ten vibrant, inclusive areas throughout the city," with help from Invest Detroit. The overall plan is to touch more than 60 individual Detroit neighborhoods over the next five years.

The Strategic Neighborhood Fund 2.0 will expand to include streetscapes, park improvements, commercial development and housing stabilization.

The Kresge Foundation has also committed to raising $15 million for the revitalization project.