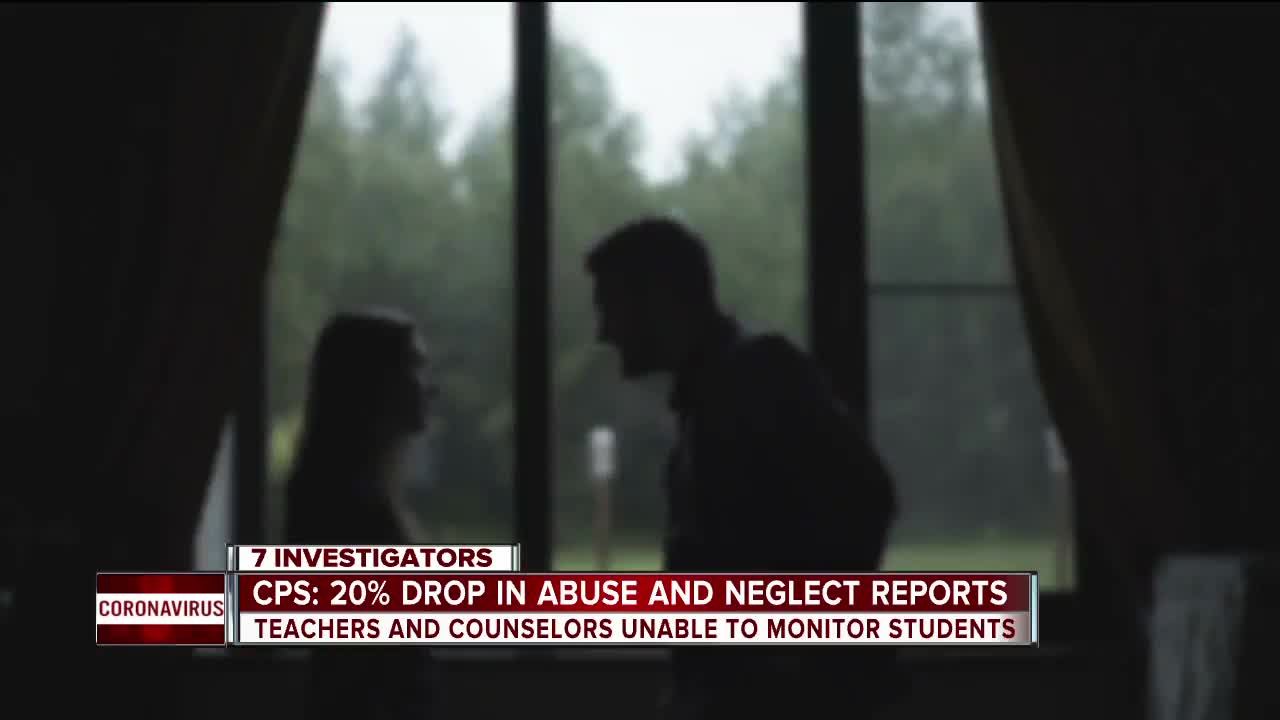 Kelsey Wiley is adapting to life as remote-educator. A 10th grade English teacher at Cass Technical High School in Detroit, Wiley is finding ways to engage her students online. She's also trying to keep tabs on the social emotional needs of her kids. But this second goal has its barriers. 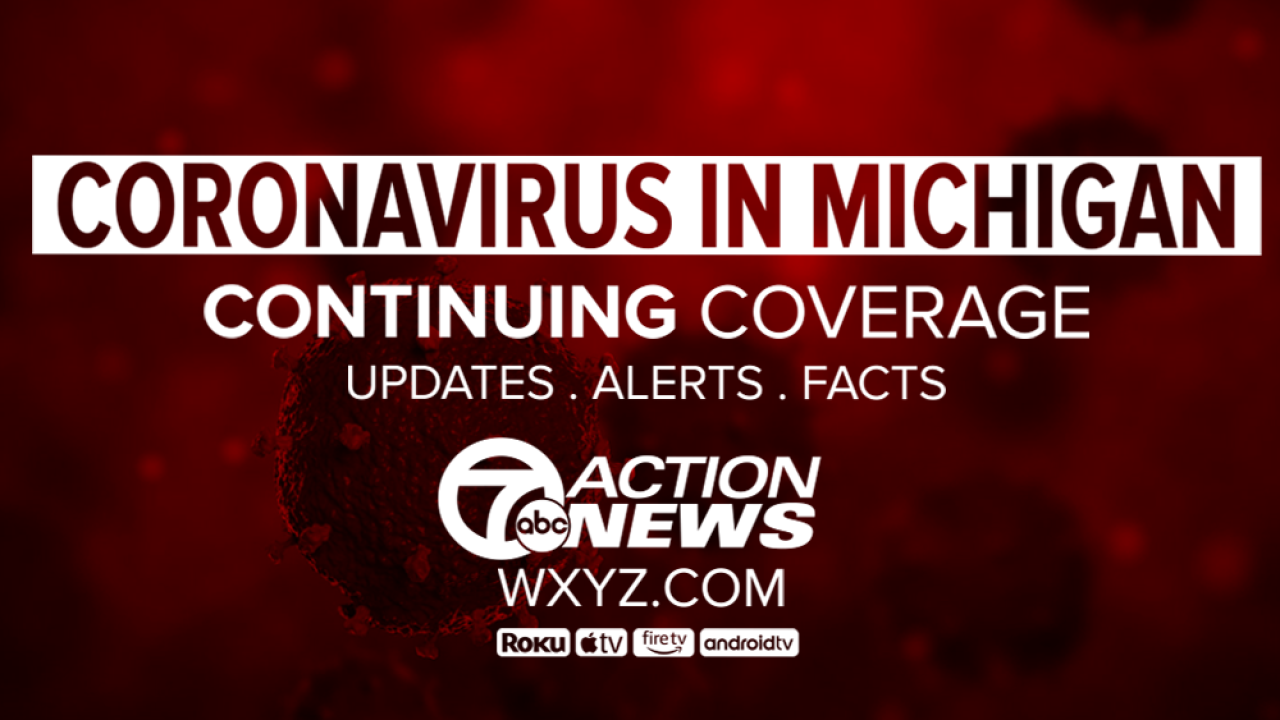 (WXYZ) — Kelsey Wiley is adapting to life as remote-educator.

A 10th grade English teacher at Cass Technical High School in Detroit, Wiley is finding ways to engage her students online. She's also trying to keep tabs on the social emotional needs of her kids. But this second goal has its barriers.

"I can’t gauge where they are emotionally unless they tell me, I can’t force it out of these kids," the 25-year-old said. "I certainly can’t see them to assess, 'Ok physical health, what can I figure out based on how you look today.'"

Wiley's challenges are reflected across the state. With schools no longer meeting in person, a major-safety-net when it comes to reporting signs of abuse and neglect is no longer in tact. According to data obtained by 7 Action News, complaints being made to state's Children's Protective Services program dropped by 20 percent when comparing last month to March 2019.

"Yes, we are in charge of teaching our kids but we’re also really critical of determining their wellness. Especially with our school closures, it makes it way more difficult for us to do our jobs in that sense," said Wiley. "Because we don’t see our kids everyday."

In March 2020 the program received 12,554 complaints, according to data provided by the Michigan Department of Health and Human Services. This is compared to March 2019 when there were over 15,000 complaints.

"As people are staying in their homes there are just fewer eyes on our children," said JooYeaun Chang, the head of the state’s Children’s Services Agency, who acknowledges that while the numbers in many ways mirror drops typically seen during summer breaks last month the agency saw the lowest number of complaints in a year.

"It’s not that surprising, it’s something we had anticipated as," she said, explaining that the agency is working to be less reactive and more proactive, as there are not only fewer eyes on children as families turn inwards during the shelter-in-place order, but also new variables. The gap between the lack of reporting, and actual cases could be larger than during other breaks, since economic instability — one of the ripple effects of the coronavirus — plays a large role in the cases the agency sees.

"We knew that as the COVID-19 crisis was unfolding that our families were particularly vulnerable to those pressures, because they were just going to be amplified during this time," Chang said, explaining that while the agency is typically associated with cases of abuse, 80% of kids in the system are there because of neglect issues.

"Those are often tied to poverty and the stressors that families really struggle with," said Chang, who added: "The reality is most families we come into contact with, those parents love their kids and they are really struggling to get by."

To act in a proactive manner the agency, according to Chang, is going to make check-in phone calls with 2,000 families that they investigated at the start of the year whose cases were deemed low to moderate. The families didn't need interventions at the time, but could be at the cusp of a crisis now that COVID-19 has hit.

Additionally, Chang said her department will be turning to the data. Forty percent of the state's foster care children come from Detroit and its metro area — specifically six zip codes. The department plans to do targeted outreach in those zip codes.

These are steps that Sandy Santana, the executive director of New York-based advocacy firm Children’s Rights, says are necessary.

"They are the people who could identify the bruises, see the changes in behavior in kids, talk to them, have dialogue and conversation, get to the bottom of what may be happening in their homes. That’s not happening right now," he said.

To help minimize any gaps in reporting, Detroit Public Schools Community District says it will continue to have educators and social workers make phone calls to families and connect virtually. The district also plans to create a mental and emotional support health hot line for students and families that will go live April 20.

"Often times, our school level staff play a chief role in protecting our students from harmful environments when they are not in school," Chrystal Wilson, a spokesperson for the district wrote in a statement. "This is one of the reasons why our teachers and principals throughout the District are continuing to make "care" calls to students' homes. This crisis is temporary and unfortunately, in times like these, issues arise that are often labeled as "taboo", such as unsafe home environments and public schools serving as safe havens for many of our young people."

Chang points out that for complaint to drop so rapidly without school in session highlight just how fragile the system is — and how important it is to have an "all hands on deck" approach. The community, she explained, needs more eyes looking out right now, but also more helping hands for those families trying to make it.

"I think what this crisis tells us is that keeping children safe has to be the responsibility of every community member," she said. "Everyone has to be thinking not only do I call CPS or do I call the hotline? But what does this family need?"

Anyone, including a child, who suspects child abuse or neglect, can make a report to the state by calling 855-444-3911.