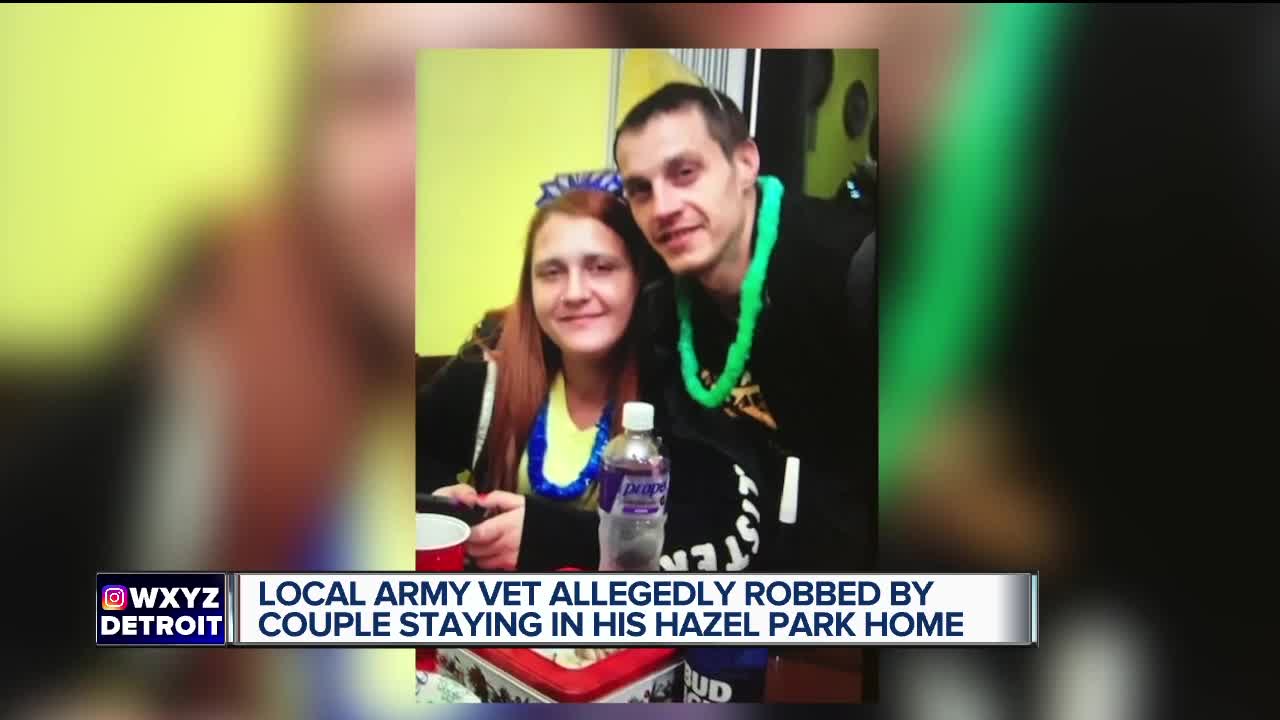 Army veteran Terrance Finken says he opened his heart and home to a couple who claimed to be in need. Turns out, he says he was robbed by them of more than $30,000.

HAZEL PARK, Mich. (WXYZ) — A couple accused of stealing thousands of dollars from a veteran in Hazel Park has been arrested.

Bryan Moore and Meranda Stidham were arrested in Kentucky.

Last week, Terrance Finken told 7 Action News that he let the couple stay at his home after they claimed to be down on their luck. He said they allegedly stole from him while he was away at his daughter's house, who had just gotten the news she had cancer. Finken said the couple allegedly ended up stealing his truck and more than $30,000.

Finken said he first met Moore in the fall after he'd done some work for him. Moore reportedly returned in January with his wife and they needed a place to stay.

The veteran's wife died two years ago, and he said he figured he could help the young couple and have some company, too.

Moore and Stidham are being held in Kentucky, pending extradition.