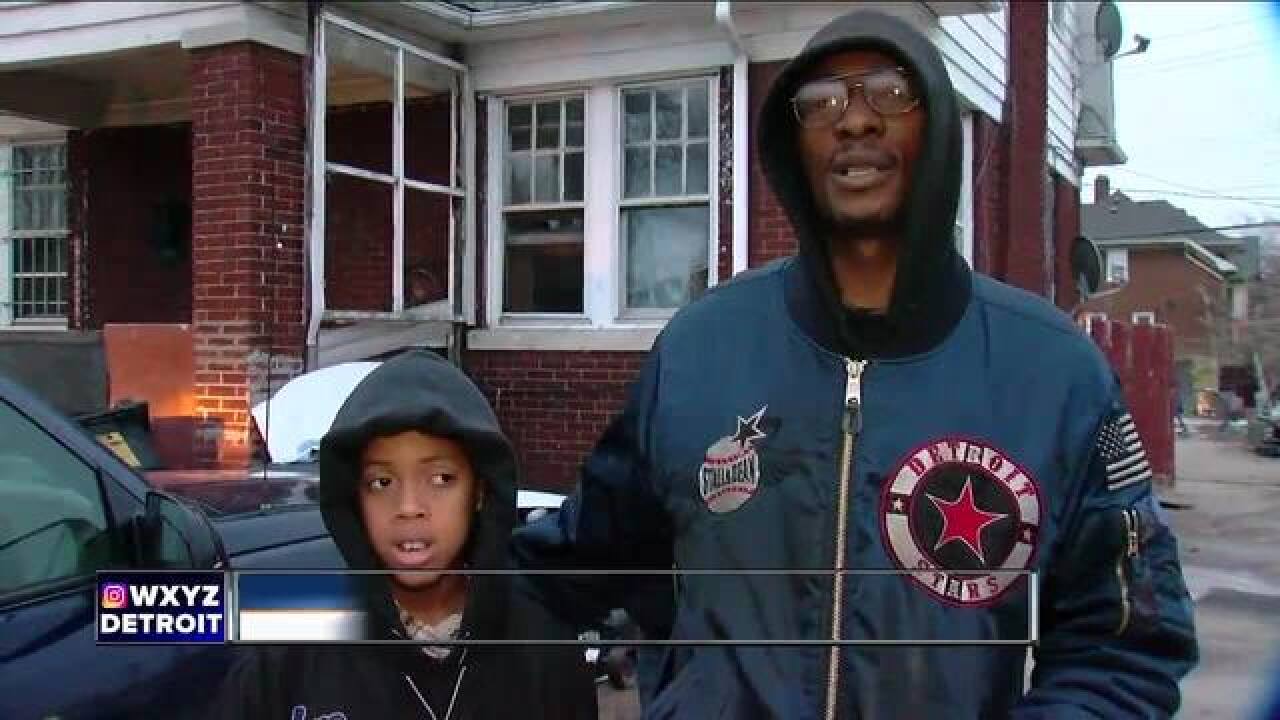 A Detroit 10-year-old boy is being hailed a hero after his family says he saved their life when their home caught on fire early Tuesday morning.

The home on Nevada near Woodward went up in flames around 3:30 a.m. and the 10-year-old said he saw smoke and flames inside the house with his family and their 10 dogs.

"I had to use the bathroom, then I went out in the hallway there was smoke everywhere," Luan Hunt Jr. said.

He tried waking up his brother, but when that didn't work, he rushed elsewhere.

"I woke up my dad, my dad woke up my grandma, and I woke up Kian and Christopher and then we had went outside," he said. "The firefighters came and we saw the fire on the side of the house."

Luan says inside were his four siblings, grandma, dad and 10 dogs, eight of them puppies.

"We had just basically went to sleep, next thing I know my son came in telling me there was smoke all in the house," his father said.

The family made it out, but two dogs did die, one was a puppy.

"I'm surprised that my son was so courageous because we haven't had ap lan for anything, but everything worked out for the best thanks to my son," Luan Hunt Sr. said.

The seven other puppies were taken to the Humane Society. Investigators are still looking into the cause of the fire.