Crime Stoppers is offering up to a $2,500 cash reward for information on a murder that happened six years ago on Detroit's east side.

The family of 28-year-old Larry Green is demanding justice for the death of their loved one. Police say on June 7, 2012, Green was sitting in his car across from the C-Note Lounge when a suspect approached his vehicle and fired several shots. Green was struck multiple time and killed.

According to the family, Green attended Golightly Vocational School for auto mechanics and was a father to two sons.

Anyone with information on the incident should contact Crime Stoppers at (800) SPEAK-UP. Tips are anonymous. 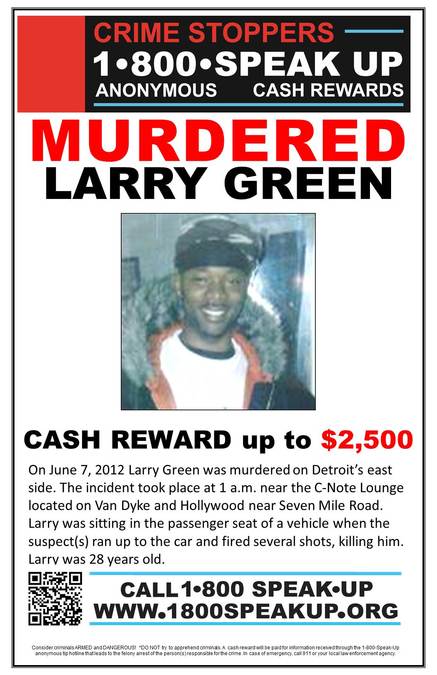