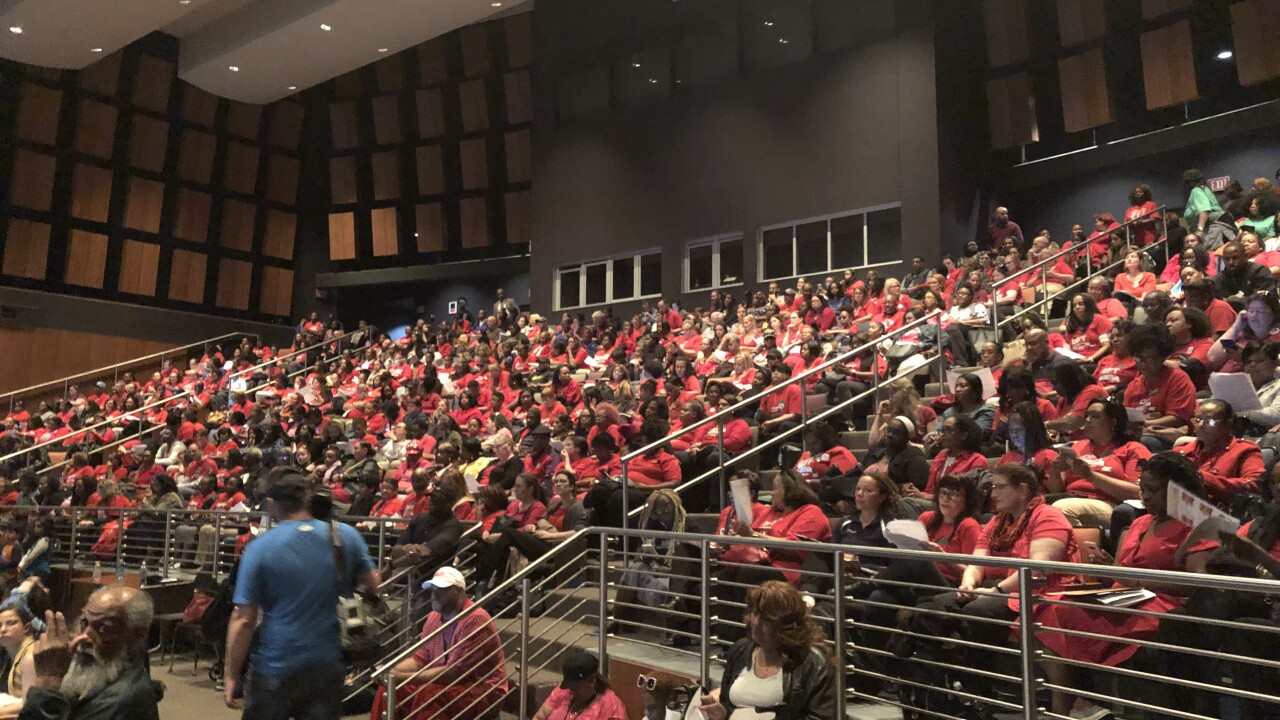 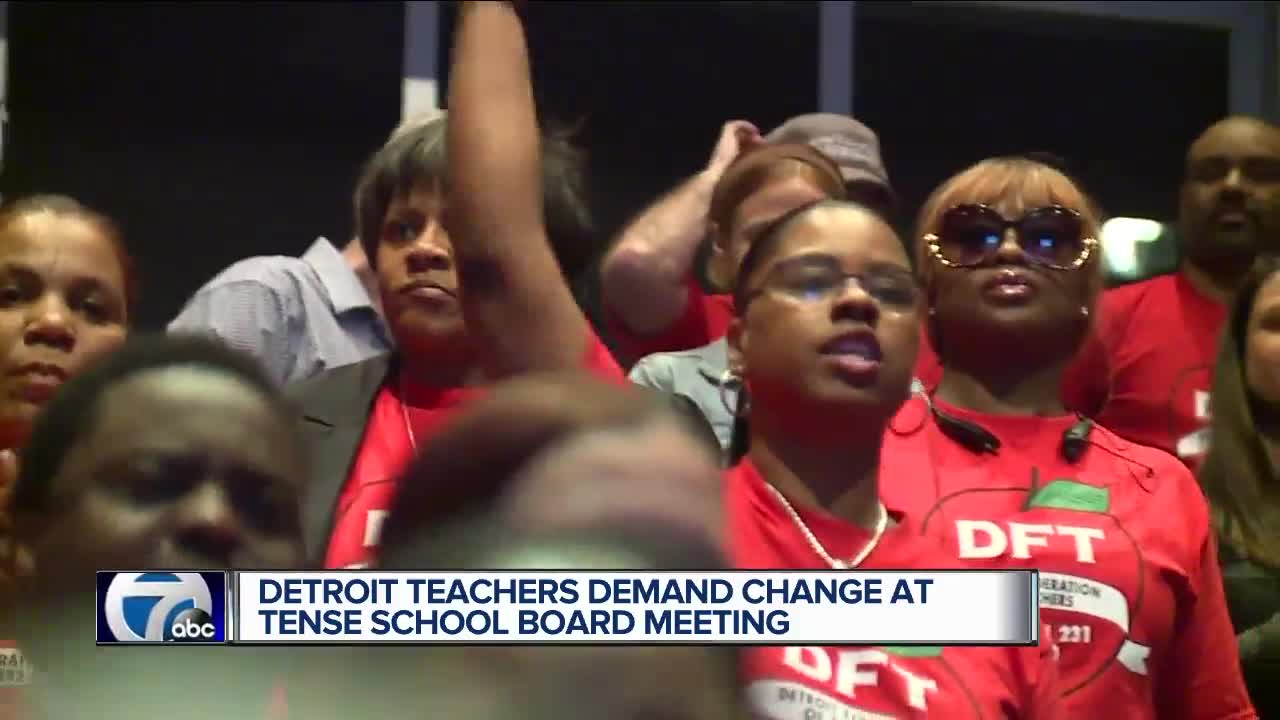 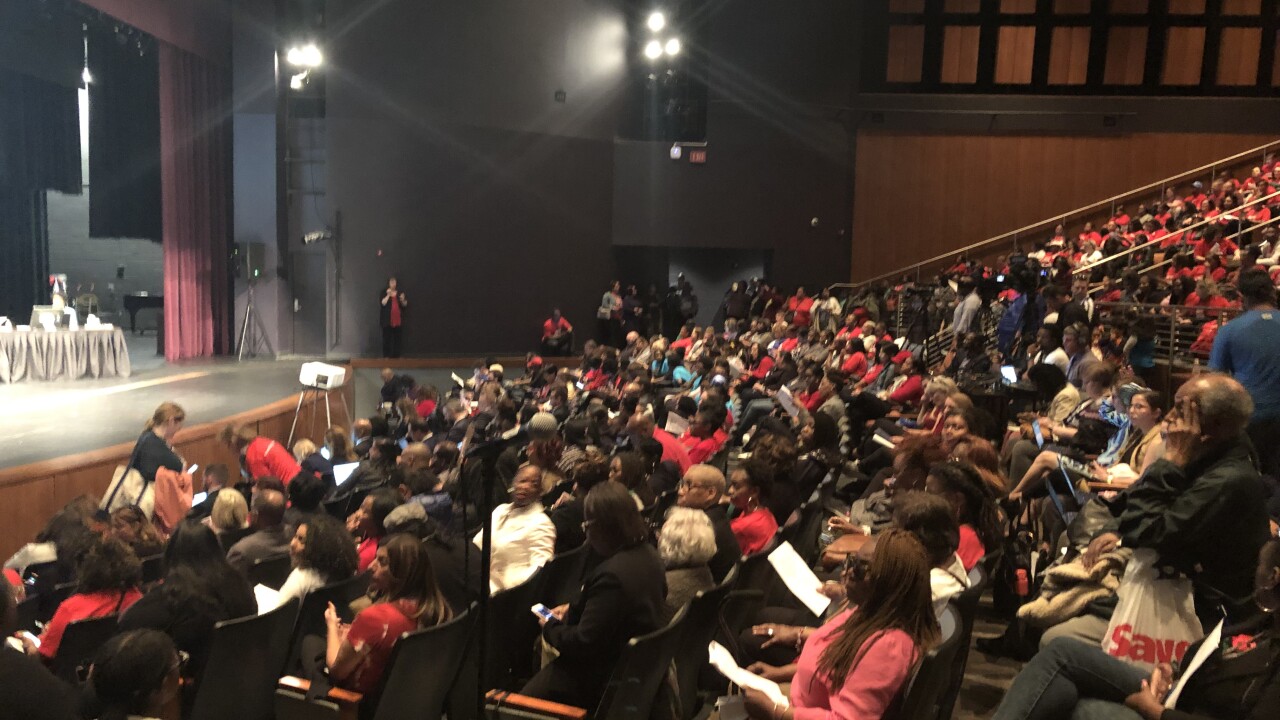 DETROIT, MI (WXYZ) — On Tuesday, around 100 Detroit teachers stood in solidarity outside Renaissance High School to protest before the district-wide board meeting.

The group chanted and held signs for about an hour.

The Detroit Federation of Teachers, which represents educators in the district, called for pay raises, smaller classroom sizes, building improvements and the ability for teachers to develop their own curriculum.

The chants started outside the school and now echo inside the building. This is part of the teacher’s union president speaking to the board. @wxyzdetroit pic.twitter.com/WXPEkBDPPU

Nearly 50 teachers, supporters and parents signed up to speak out about issues that plague the district.

Superintendent Dr. Nikolai Vitti agrees that educators deserve more support in the classroom and more pay in their pockets. However, he said funding is limited. Dr. Vitti declined an interview with 7 Action News.

Superintendent says, next school year will be identical as last year. Teachers seem satisfied with that response. However, they still aren’t happy about pay. Here’s another tense moment between teachers and board. @wxyzdetroit pic.twitter.com/diAxg0W8lZ

The school board released a statement:

At this vital juncture during negotiations, the board is in support of honoring DFT’s stand on the calendar, we will continue to negotiate in good faith and hope the community continues to see the value of an elected board.. The education work we are performing is critical to the success of our teachers and students, our decisions are and will always remain based upon students first.

Detroit teachers are now threatening a march from the classroom to the capital for change. The union president said negotiations will begin on Friday.