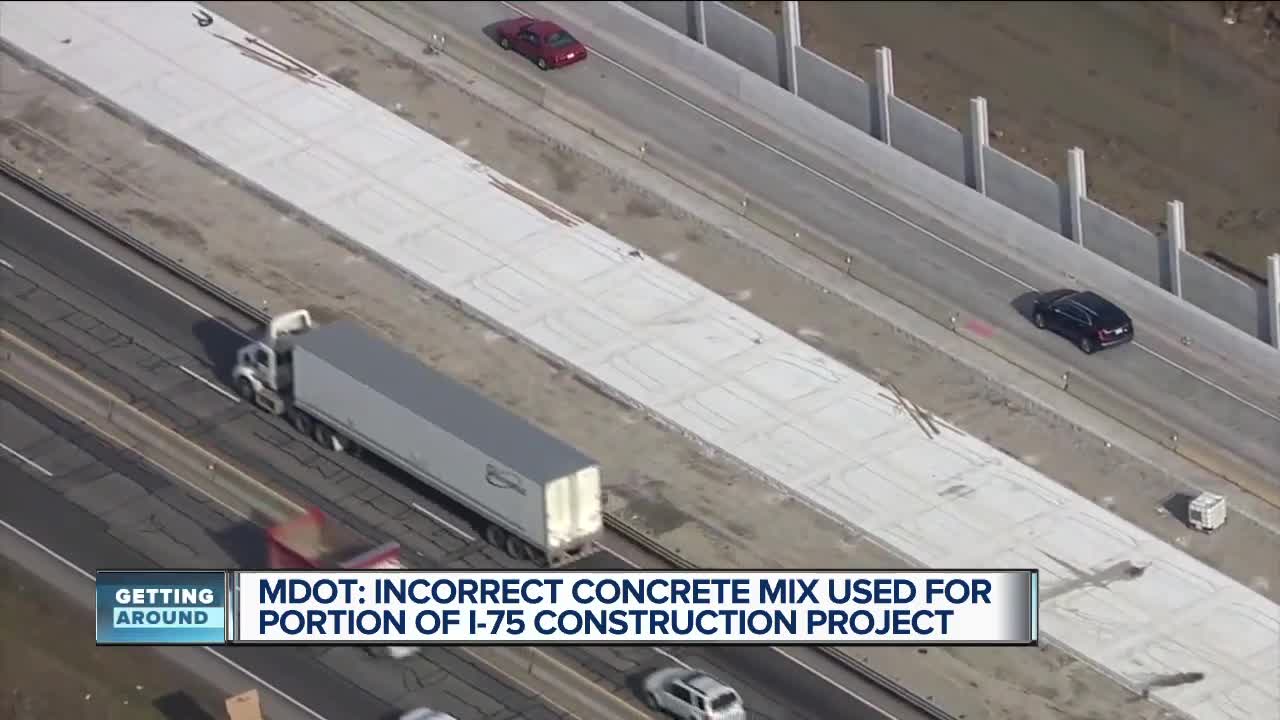 The Michigan Department of Transportation said previously poured concrete will have to be removed and replaced on portions of the I-75 modernization project in Oakland County. 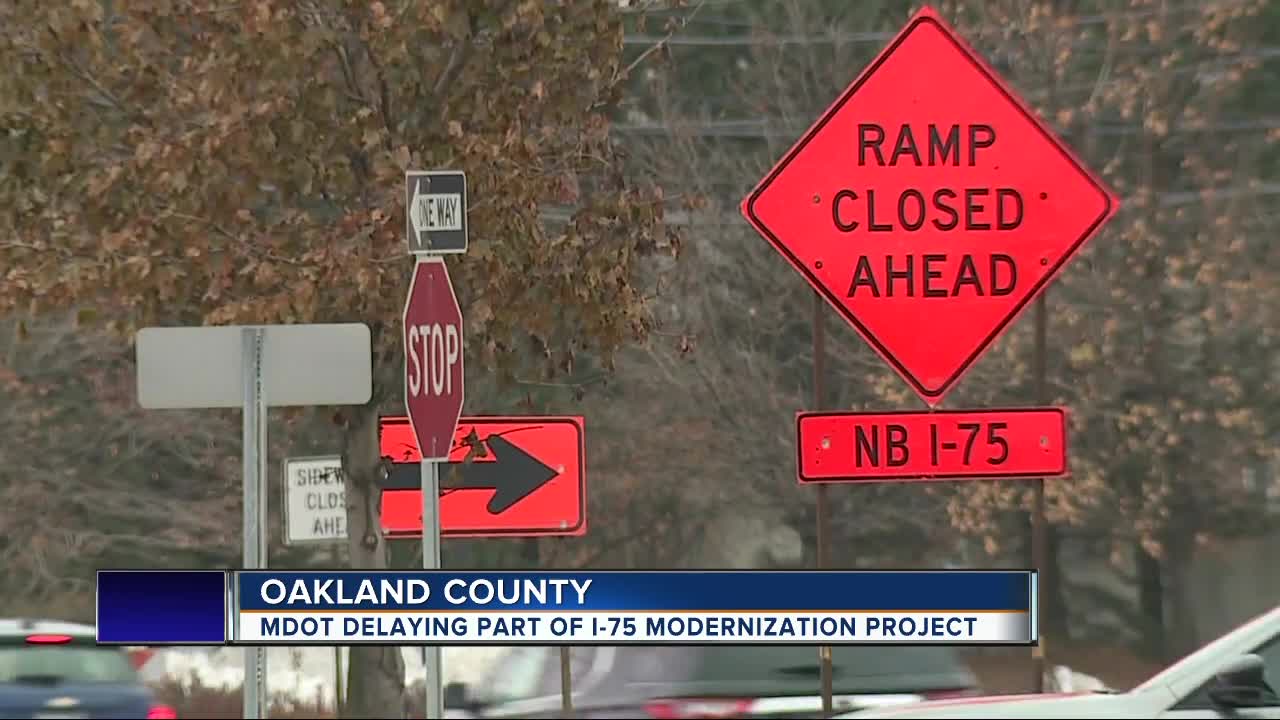 (WXYZ) — The Michigan Department of Transportation said previously poured concrete will have to be removed and replaced on portions of the I-75 modernization project in Oakland County.

According to MDOT, inspection teams from the department working on segment two of the project found an incorrect concrete mix was recently used on part of the project.

That part is the left two lanes of northbound I-75 from 13 1/2 mile to 14 Mile, and the shoulders on the exit ramps to Big Beaver and Rochester roads.

"This is inspectors doing their jobs," said MDOT Metro Region Engineer Kimberly Avery. "The pavement designated for replacement is safe for drivers to use, but the long-term durability is compromised and the reason for our actions."

MDOt said that contractor paving crews will remove and replace those affected portions before all paving is completed in late 2020.

Currently, both directions are sharing the southbound lanes of I-75 with two lanes each way while crews work on the northbound lanes.

Over the weekend, crews began removing the shoulder on a portion of the Rochester Rd. ramp and have already replaced it. Replacement of the left lanes from 13 1/2 Mile to 14 Mile and the rest of the shoulder work will be delayed until next year, during the final year of the overall project.

In 2020, both directions of I-75 will be sharing the new northbound pavement while crews then rebuild the southbound lanes between Coolidge Highway and 13 Mile.

According to MDOT, engineers said this section is safe for drivers to use over the winter months, despite the new pavement needed.

"This direction is the equivalent to enforcing a warranty," Avery said. "This action does not add additional costs to the contract and protects the taxpayer investment in the future.”

According to the department, the delay is due mostly to lost production from a wet spring, heavy rain in the summer, record snowfall in November and extreme temperatures. MDOT said they have lost about 60 days of production since March 1.

"This delay is not due to lack of effort," said Sue Datta, MDOT senior project manager for segment 2 of the I-75 modernization project. "On average, between contractors, laborers and MDOT personnel, we had close to 200 people working on this job daily in various areas over the 9-mile work zone. No other project compares in complexity and scope to this complete infrastructure replacement."

MDOT said that the process of moving northbound traffic to the northbound lanes will be completed in stages starting later this month.

Crews will also prep for work on the reconstruction of the southbound lanes in 2020. That means next year, all traffic will switch over to the newly-constructed northbound lanes.