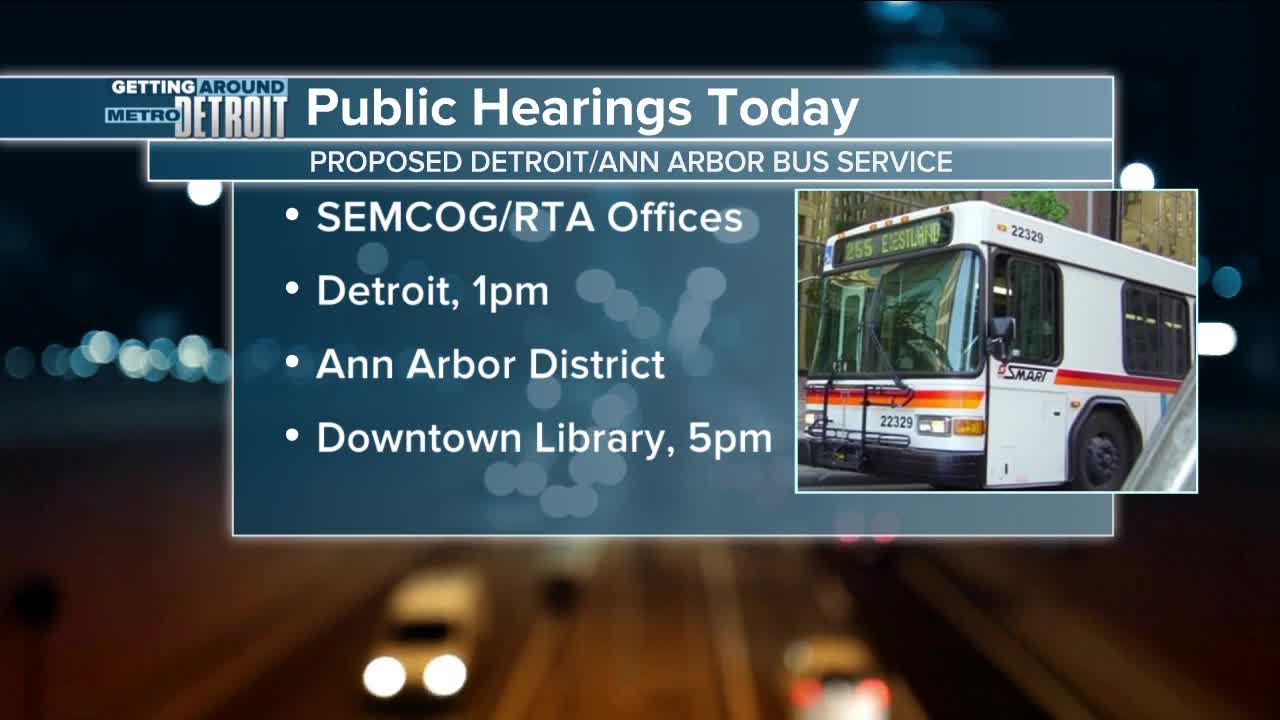 DETROIT (WXYZ) — A proposed new bus service for getting around metro Detroit is in the works tonight.

It would offer a daily connection between the cities of Detroit and Ann Arbor.

The proposed service is aimed at sizing up the market for transit along the Detroit-Ann Arbor corridor. It's a partnership between the Southeast Michigan and Ann Arbor Transit Authorities.

Public hearings are set for tomorrow at the SEMCOG-RTA offices on Woodward in Detroit at 1 p.m. and at the Ann Arbor District Downtown library at 5 p.m.