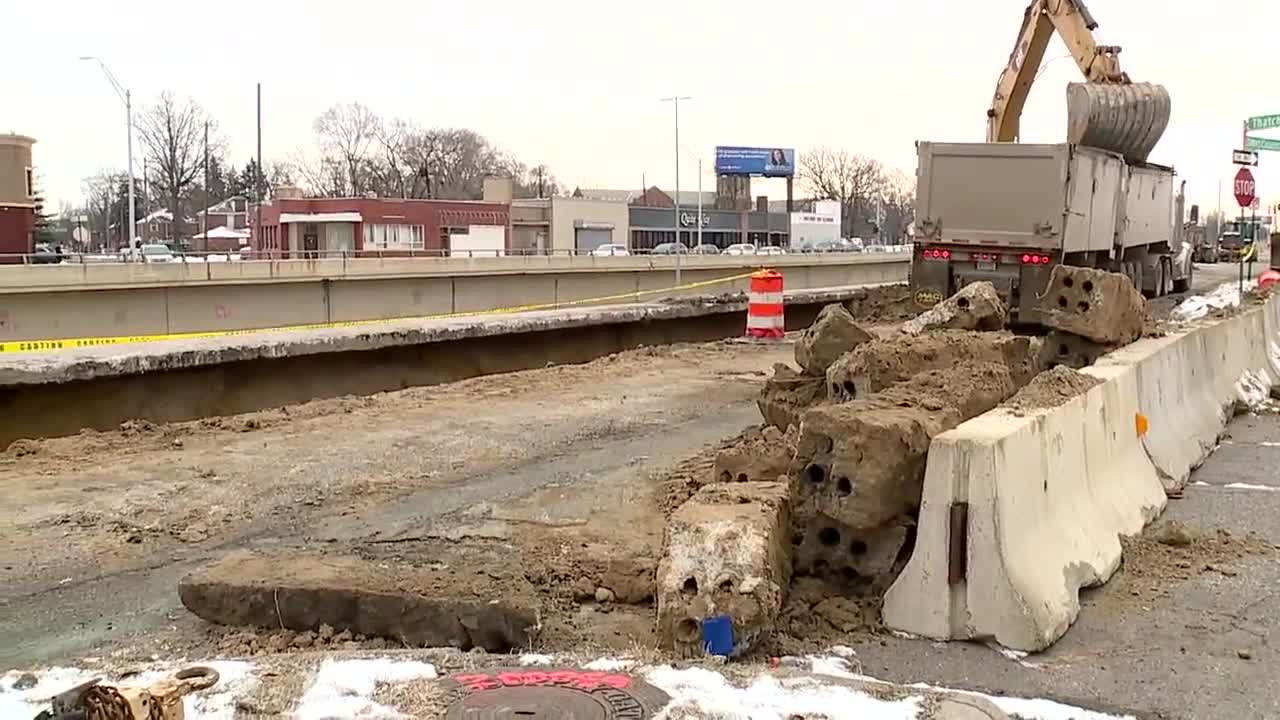 (WXYZ) — There's new information tonight about that large piece of concrete that came crashing down from the retaining wall onto the Lodge freeway Friday night.

It happened in the southbound lanes near Outer Drive. The freeway is still closed Saturday night. Initially reported as a retaining wall collapse, on earlier Saturday MDOT described it as a solid concrete retaining wall cap.

It’s about three feet tall and at least 200 feet in length that toppled from the top of the retaining wall and came crashing down onto the freeway Friday night narrowly missing oncoming traffic.

“We started closing lanes on southbound M-10, but the freeway itself was not totally closed,” says Diane Cross, a spokeswoman with MDOT.

An investigation is looking into exactly what happened, but at the time of the saw cutting, around 8:15 p.m., for some reason the couple hundred foot long section of concrete toppled from the service drive to the freeway pavement bringing a worker to the ground with it.

That worker was taken to the hospital. His condition still unknown.

Making many wonder, could it happen again? Are these 60-year-old retaining walls safe to be driving by?

“Because of the age of the walls, they are on an every 3 month inspection plus we have the inspectors out here now,” says Cross.

The cap was always going to be removed, just not in this way. It was planned to be removed after the freeway shutdown. A nine-foot slope is being dug behind the retaining wall, also part of the initial plan but now also allowing for further inspection. Removing the dirt will remove pressure and allow crews to inspect the 35-foot steel rebars holding the wall up. Those rebars are anchored and encased in concrete.

“We’ll be able to examine the other side of the walls as well and that will be part of the design done over the next couple months,” says Cross. “And then we will rebuild these walls in the spring.”

The southbound lanes of M-10 are expected to reopen Monday. MDOT says the lanes will remain closed if inspectors feel there is a safety issue.

The service drive will be closed for the next few months.