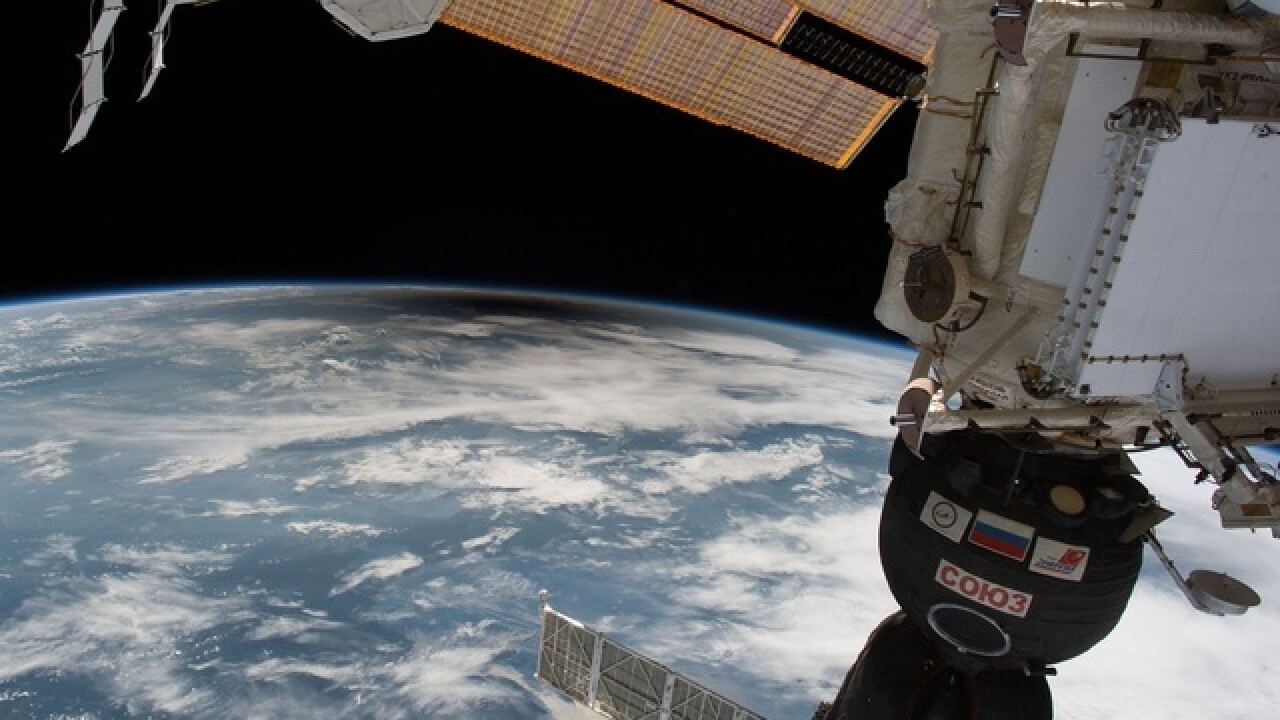 Image copyright 2018 Getty Images. All rights reserved. This material may not be published, broadcast, rewritten, or redistributed.
NASA
<p>IN SPACE - AUGUST 21: In this NASA handout, the umbra, or moon's shadow, passes over Earth during the total eclipse Monday, August 21, 2017. Viewing the eclipse from orbit were NASA's Randy Bresnik, Jack Fischer and Peggy Whitson, ESA (European Space Agency's) Paolo Nespoli, and Roscosmos Commander Fyodor Yurchikhin and Sergey Ryazanskiy. The space station crossed the path of the eclipse three times as it orbited above the continental United States at an altitude of 250 miles. (Photo by NASA via Getty Images)</p>

Michigan Gov. Rick Snyder activated the state's Emergency Operations Center to monitor the reentry of China's Tiangong-1 space station, which is expected to reenter the Earth's atmosphere between March 29 and April 2.

While most of the space station is expected to burn up during reentry, there is concern that debris could make landfall.

According to the Aerospace Corporation, the 8.5 ton space station could land along a strip of the United States from northern California to Pennsylvania, which includes the southern lower peninsula of Michigan.

“While the chances are slim that any of the debris will land in Michigan, we are monitoring the situation and are prepared to respond quickly if it does,” said Capt. Chris A. Kelenske, Deputy State Director of Emergency Management and Homeland Security and commander of the Michigan State Police, Emergency Management and Homeland Security Division (MSP/EMSHD). “The state will rely on its existing satellite reentry response and recovery plan for any necessary response protocols.”

Debris could contain hydrazine, which is a highly toxic and corrosive substance. Any suspected space debris should be considered hazardous.

Anyone who suspects they've encountered debris from the space station should report it by calling 911 and stay at least 150 feet away from it.