'It's a big problem.' Years of X-ray evidence disappeared from the Wayne Co. Medical Examiner's Office 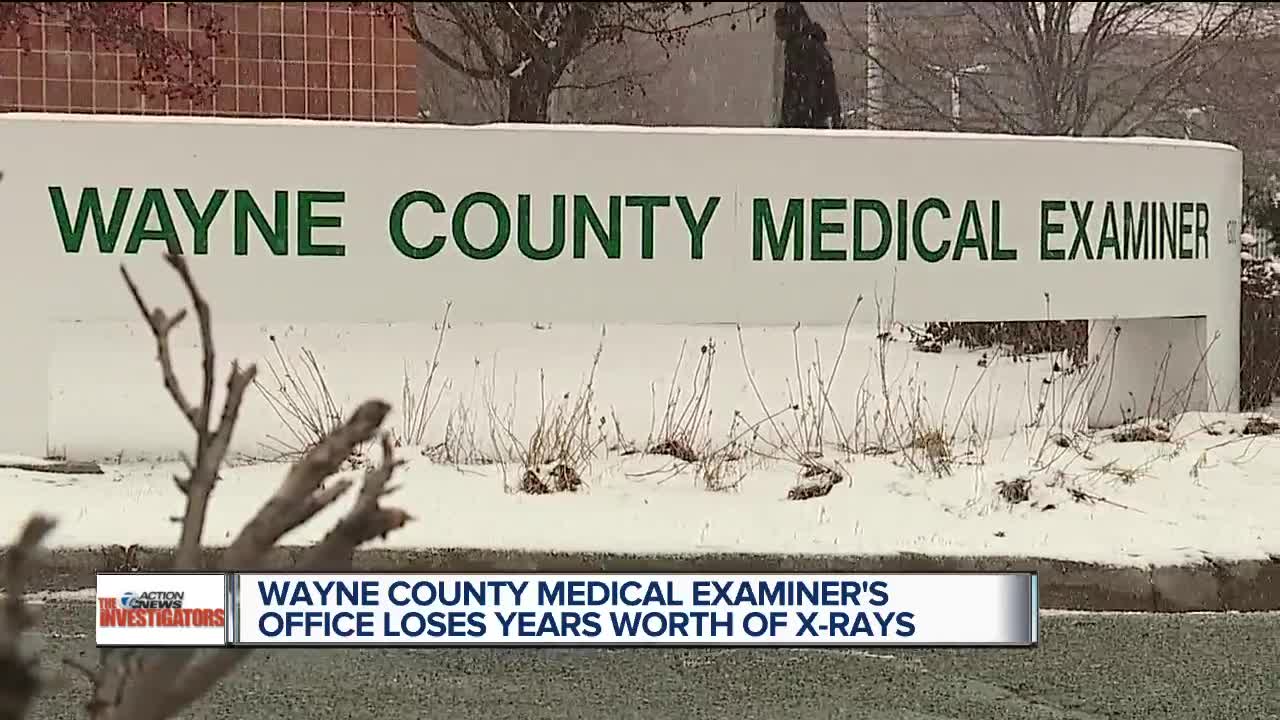 The 7 Investigators have learned several years' worth of X-rays vanished after a computer crash at the Wayne County Medical Examiner’s office. (WXYZ) — The 7 Investigators have learned several years' worth of X-rays vanished after a computer crash at the Wayne County Medical Examiner’s office.

The loss of evidence already impacted at least one homicide trial, and lawyers and pathologists tell 7 Action News this is a significant problem.

Wayne County officials seem to be downplaying the loss of X-rays, even admitting they were not in the habit of keeping x-rays as part of an official autopsy file. That’s an admission that is shocking to other medical examiners, prosecutors, and defense lawyers.

The loss of evidence was first revealed in the January 2020 murder trial of Richard Dover-Jackson.

Chilling 911 calls from Romulus, obtained by 7 Action News, reveal the young father’s desperation as he begged for help for his infant daughter.

“Mirricle, wake up baby please,” Dover-Jackson can be heard saying through tears.

On April 19, 2017, the then 23-year-old father was just leaving his mom’s apartment when he said the 2-month-old seemed like she was choking.

“Her heartbeat is very low, she was choking,” Dover-Jackson told 911 dispatchers. “Now she’s coughing up blood.”

Key evidence has disappeared from the Wayne County Medical Examiner’s Office. Tonight on @wxyzdetroit at 6, I'll show you what happened and why experts say it's "a big problem." pic.twitter.com/F1pxFgE9gb

The court appointed Clark Woodside to defend Dover-Jackson. She says the baby’s injuries could have been caused by rough handling as medical personnel performed life-saving measures and tried to get oxygen into her lungs.

“The science makes or breaks these cases,” Clark Woodside said.

“So you need every piece of evidence?” Catallo asked.

“All of it. Because one thing could make the difference in a diagnosis, an explanation for how or why something occurred the way it occurred,” Clark Woodside responded.

She sent a subpoena to the Wayne County Medical Examiner asking for all records, including a radiological disk with X-rays.

“How important are X-rays?” Catallo asked.

“In these kinds of cases when there are fractures, and they’re a part of the prosecution’s case for proving child abuse, you can’t date these fractures without the x-rays,” Clark Woodside said.

“She comes back and tells me, ‘Sharon there are no x-rays.’ I go, ‘that’s odd,’” Clark Woodside said.

But then, during trial nearly three years later, former Wayne County assistant medical examiner Dr. Leonardo Roquero was called to testify about his autopsy on Mirricle in 2017. Roquero made a stunning revelation on the witness stand.

“He said he took x-rays. He has no explanation for what happened to the x-rays, he doesn’t know,” Clark Woodside said.

That testimony forced the judge to hold a hearing on whether the prosecutor had failed to turn over all the evidence, something called a Brady violation.

That prompted yet another shocking disclosure: the assistant prosecutor on the case told the court that Wayne County’s Chief Medical Examiner Dr. Carl Schmidt said sometime in late 2017 “…machines were connected with each other to do some sort of programming and it wiped out all the X-rays that the ME’s office had prior to that date.”

“He [Dr. Schmidt] should have an explanation to the citizens of this county, what happened to all these X-rays. We know they do hundreds of autopsies a year, so how many x-rays are lost?” Clark Woodside asked.

“The government has to turn that over. You can’t simply say this is no big deal, we don’t really care about it,” Peter Henning, a former federal prosecutor and Wayne State Law Professor, said.

Henning says the county has an obligation to preserve all evidence, including x-rays.

“Because if the Medical Examiner is going to testify, there may be a basis to cross examine the medical examiner, saying look at these x-rays, how can you confirm the cause of death,” Henning added. “That’s crucial to the defense. They want all the Brady material that the government has in its possession. So this is what keeps prosecutors up at night: that you don’t know for sure what is Brady material, and therefore essentially you turn over everything. That’s the rule that the supreme court has set down: you have to provide material that might prove the innocence of the defendant or will be helpful in cross examining a witness.”

The 7 Investigators asked to interview the Wayne County Medical Examiner. Instead, a county spokesman would only answer questions via email, and issued this statement:

"X-ray images are not included in autopsy files. These images are typically used as a reference tool to support or confirm findings during the autopsy and are not seen again. Around mid-2017, to our recollection files were lost because of hardware failure. The equipment was replaced and this issue has not occurred again."

So far, they have refused to tell us how many X-rays were lost, saying “the WCMEO has never been in the practice of saving X-ray images for record keeping.”

When we asked why the X-ray files were not backed up, spokesman Michael McElrath said they weren’t backed up because they were never “filed away and not essential contents of an autopsy report.”

But state law says, “Medical Examiners shall keep a record of all views of bodies found dead, together with their view and autopsy reports.”

“It is a big problem,” said Oakland County Medical Examiner Dr. Ljubisa Dragovic. He says his office preserves X-rays and other evidence indefinitely.

“When you take an x-ray, during an autopsy, does that become part of the official record,” asked Catallo.

Dr. Dragovic says X-rays are crucial in child death cases and they’re often needed for other cases on appeal.

“Without complete professional and personal integrity, there is no substance there, and that integrity is important in interpreting physical evidence, or any type of evidence, photographic evidence – anything that is referred to,” said Dr. Dragovic.

Dragovic is also an inspector for The National Association of Medical Examiners, or NAME, which gives accreditation to ME offices around the country.

Wayne County’s accreditation is listed as “provisional” by NAME. It’s not clear why they are not fully accredited.

NAME Forensic Autopsy Standards set minimum protocols for X-rays, including “radiographs of infants are required to detect occult fractures which may be the only physical evidence of abuse.” The standards also say, “the forensic pathologist or representative shall X-ray all infants.” Other NAME standards indicated “the forensic pathologist… shall document chain of custody of all evidentiary items.”

“That’s really a failure from the Medical Examiner’s office. And if I’m a prosecutor, I’d think I’d want to see that type of evidence,” Henning said about the loss of X-rays. “If you’re talking about a homicide case because you have to determine the cause of death, and you have to show that the defendant was the cause of the death.”

Ultimately the judge in Richard Dover-Jackson’s murder trial ruled the prosecution did not prove its case and he was acquitted.

Wayne County officials also admit no one from the ME’s office told the Wayne County Prosecutor about the computer crash and loss of X-rays back in 2017.

A spokeswoman for Prosecutor Kym Worthy said the Assistant Prosecutor on the Dover-Jackson trial was not aware of any X-rays prior to trial.

When the 7 Investigators asked if Worthy was concerned that her office was not notified about the loss of evidence, she said, “Yes I was very concerned when I found this out. However, I am satisfied with the actions that have been taken by the ME’s Office to ensure that this does not happen again.”

“The prosecutor’s office is going to have look long and hard about what they’re doing to do about bringing charges against people when you have evidence that’s not available. That’s crucial. That affects how these cases are prosecuted and defended. Because my clients have a right to have all the evidence against them, not some of it,” Woodside said.