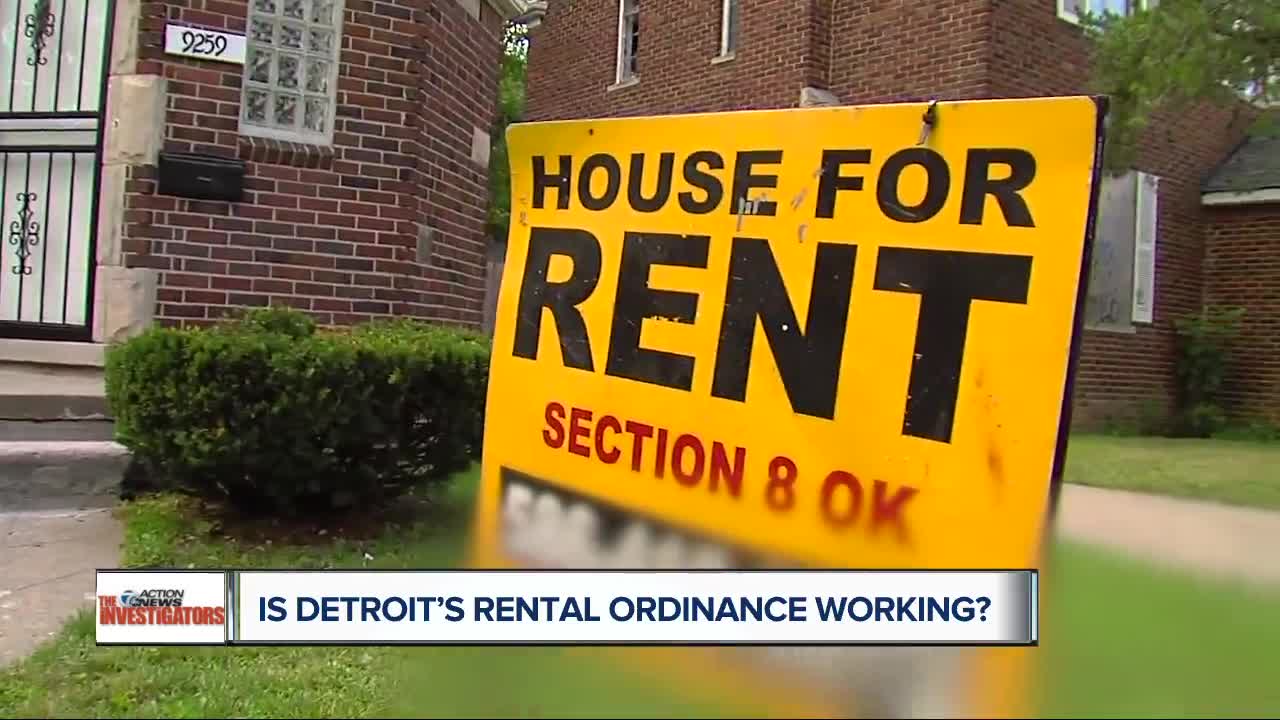 Aaron Timlin never set out to be a landlord. Despite his protests to the label — with all of the negative connotations it can carry— Timlin was, technically, a landlord: People paid him to stay in a property he owned. 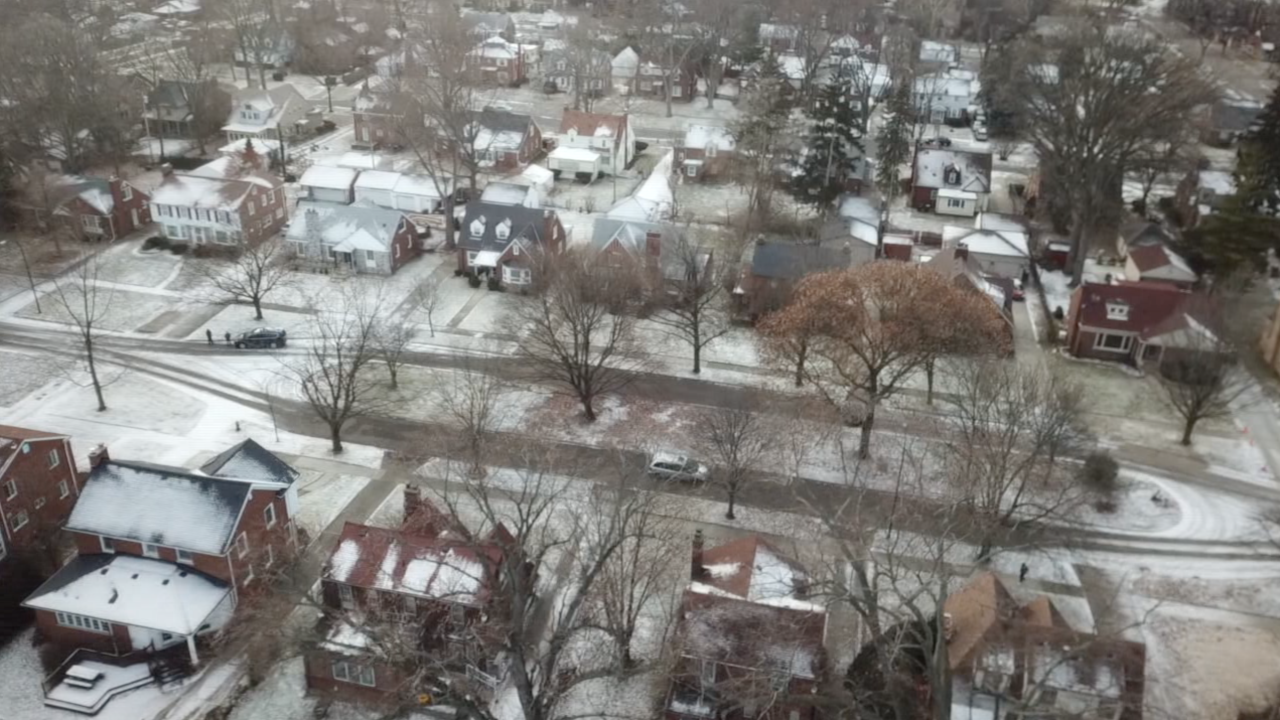 Aaron Timlin never set out to be a landlord. Despite his protests to the label — with all of the negative connotations it can carry— Timlin was, technically, a landlord: People paid him to stay in a property he owned.

In the early 90s, the artist moved back to Detroit and set his sights on a three-story Victorian in the Cass Corridor. The house was more space than any individual could possibly need, but it was beautiful and historical and seemed like a good investment. He bought it with a friend for just over $80,000 in 1994. To fill it up, he began letting friends and friends-of-friends stay for minimum rent. This went on for 20 years.

“I hardly ever raised the rent,” Timlin said, explaining that what he offered felt like a good deal. While prices were rising all around him in the re-branded “Midtown,” he kept them low. The trade-off was that certain outdated fixtures may go unattended. But Timlin believed those renting from him were still happy.

“I think this place is a comfortable space. It’s heated, there’s running water, there’s a bathroom. You’re right in the middle of everything,” he said.

But in October 2018, Timlin decided to close up shop. Three months earlier, the City of Detroit began enforcement of its new rental ordinance: a series of rules aimed to weed out bad landlords and bring rental units into compliance. Timlin balked.

“The City of Detroit has recently begun an initiative to increase enforcement of regulations for rental properties," Timlin wrote in a letter to his current tenants, a couple who, he said, had been there for nearly a decade paying $550 a month. "I’m afraid your unit is in a condition that may not meet requirements for a rental unit, which is something I have deep concern about."

The couple, as Timlin explained in the letter, could purchase the unit for $30,000. This would no longer make them tenants and therefore subject to the rental ordinance. Or, they would have to move out within 30 days.

There was simply no way for Timlin to make all the necessary repairs — what he estimates would cost at least $20,000 — without raising the rent, which he says he wasn’t interested in doing. But as a small-scale landlord, he didn’t have the capital to front any major renovations.

The duo ended up leaving.

“It’s hard to compete with these outside developers who have limitless funds to do whatever they want,” Timlin said, adding: “It might be cheaper just to board the place up, evict the people and just sit on it. And that’s what so many people are doing.”

Timlin is part of a predicted, but untracked, cohort of small-scale landlords who have left the market due to barriers of the rental ordinance.

Data obtained by 7 Action News shows rental registration numbers are declining across the city, raising questions about the unintended consequences of the City’s rental ordinance — a series of rules that aim to reign in bad landlords, but may have also driven smaller, mom and pop owners out of the market.

In May 2017, Mayor Mike Duggan, councilmember Andre Spivey and David Bell of the city’s Buildings, Safety Engineer and Environmental Department (BSEED) gathered for a press conference where they shared a new rental ordinance.

Detroit, which had slowly morphed to a majority rental city, would come down hard on bad landlords, and work with the good ones. Transparency — in the form of a website — would allow tenants and neighbors to easily check and see if their landlord was compliant. An escrow program would be created to hold money from out of compliant landlords.

Before enforcement begins, however, landlords have a deadline to register their property as a rental, get a lead inspection, go through abatement if there are any problems and then get a clearance via a Certificate of Compliance.

But the program has been slow getting off the ground. Mayor Duggan originally promised all enforcement would be done within two years, but now says at least another two will be needed to get the job done. Still, the city says progress is being made. When enforcement started, only 1,100 rental properties in the city were compliant with the rental code. Today, it’s more than three times that many.

"We are moving the needle," said Julie Vande Vusse, BSEED Project Manager Supervisor. "It’s not as fast as anyone would like. We are working as quickly as possible, but we don’t want to do sloppy work."

But qualitative stories like Timlin’s and data obtained by 7 Action News underscores another side of the ordinance.

This statistic, however, is misleading.

While the zip code — just west of Grosse Pointe — had over 530 registered rentals last winter, today, there are less than 300.

The 45 percent drop in registered rentals boosts the compliance rate in 48215. It’s also not unique to this one zip code.

The city says it does not track data around whether the ordinance is causing good landlords to offload their properties. It also, in a June report for the Kresge Foundation, noted that this is feedback it had heard from those out in the field.

“... some are concerned that the city’s lead requirement might be a burden on existing landlords, due to costs of inspections and any applicable lead abatement work,” the report stated, referring to conversations the City had been having with lead inspectors and abatement companies.

“They have claimed as a result some existing landlords have started to offload their properties,” the report continued, noting that the City lacked “aggregated data to validate this claim” or “any idea whose obtaining said offloaded properties.”

“I don’t have any hard data to say that landlords are getting rid of their properties because of the ordinance,” Vande Vusse said, adding, “We also can’t stop somebody from selling their private property, and we can’t control who they sell it to either.”