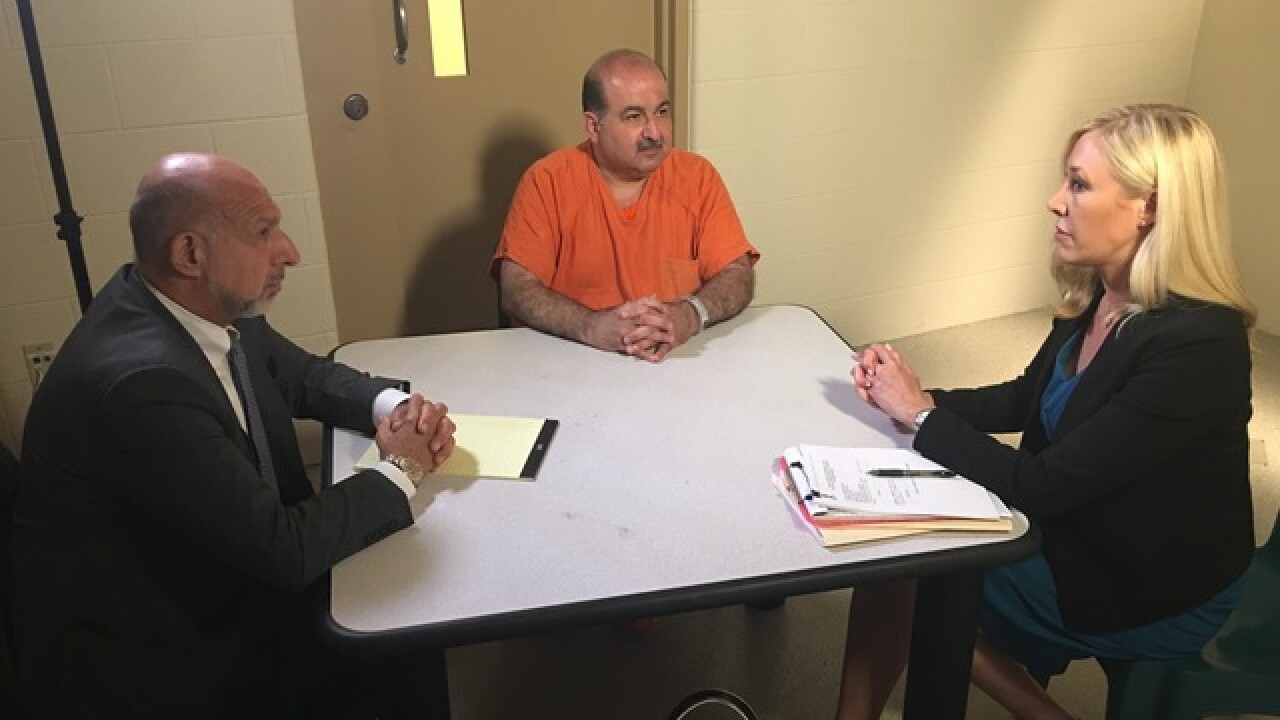 An immigration judge in Detroit has granted bond for one of the Iraqi detainees who has been in custody since June 2017.  Usama “Sam” Hamama has been held in the St. Clair County Jail ever since Immigration and Customs Enforcement agents conducted wide-ranging sweeps last summer and locked up 1400 Iraqi nationals across the country.

Judge Mark Jebson granted a $100,000 bond for Hamama during a bond hearing Thursday.  In December, U.S. District Court Judge Mark Goldsmith ruled that the Iraqis who had been detained for more than six months had the right to a bond hearing.

The 55-year-old is one of several Chaldean men and women with deportation orders due to a criminal conviction.  The ACLU filed a lawsuit on their behalf, arguing that many of them should have the right to keep trying for citizenship rather than be sent back to a war-torn country where they could face religious persecution for their Catholic faith.

In 1986, Usama “Sam” Hamama got into a road rage incident.  In order to get the other driver to back off, Hamama says he pointed an unloaded gun at him.

The result: he was convicted of felony assault, felony firearm, and carrying a pistol in a motor vehicle. After spending a year in prison, Hamama turned his life around.  He runs a grocery store in Harper Woods, raises money with his church for Chaldean refugees, and mentors not only his own four children, but his 40-some employees as well.  Hamama says he often buys cars for his workers who don’t have transportation, and allows them to slowly pay him back over time.  He says he also helped raise money so the Harper Woods Police Department could start a K9 Unit.

It’s not clear if the bond decision will be appealed, or when Hamama will be released.

His wife, Nahrain, was a guest of Rep. Sandy Levin (D-Royal Oak) for President Trump’s State of the Union address on Tuesday.

"The Hamama family is overjoyed, as am I, that the court has granted Sam Hamama his release on bail, recognizing how unfair his continuing detention has been to him and his family.  I strongly urge the government to reconsider the detention of all Iraqi-Americans who have lived here for many years and where there is no evidence that they 'pose a threat to national security, public safety and border security' as ICE has stated.  Deporting these individuals will break up families and place their lives in grave danger," said Congressman Levin in a statement.

7 Action News did reach out to an ICE Spokesman.  He said they won't be commenting on the bond due to ongoing litigation.