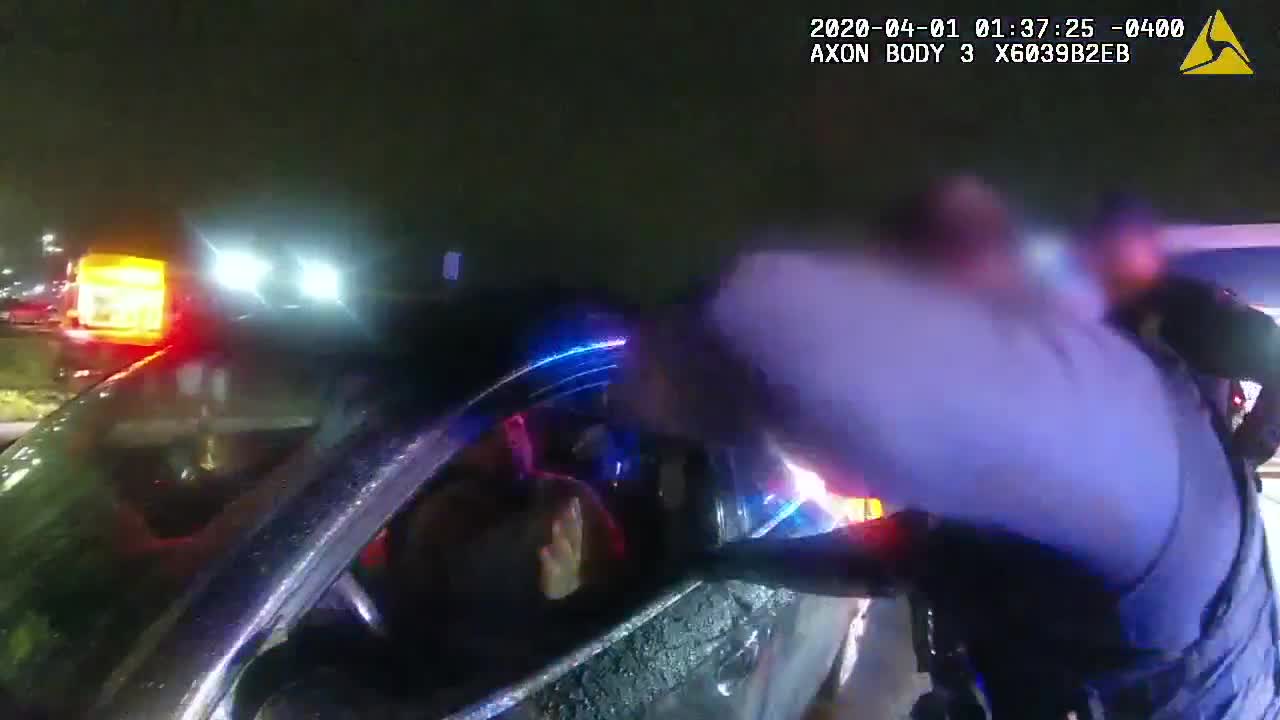 A man from Southfield says he was unfairly charged with two felonies after Taylor police hit him in the face and pulled him out of his car. 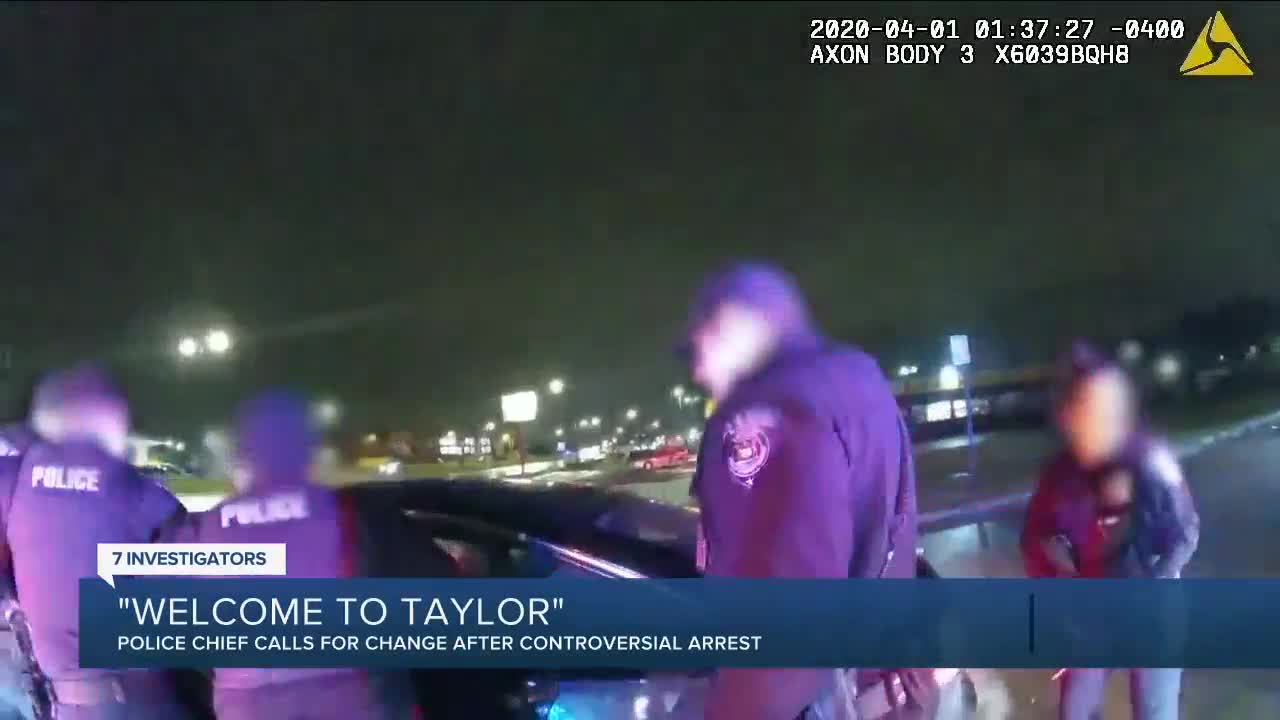 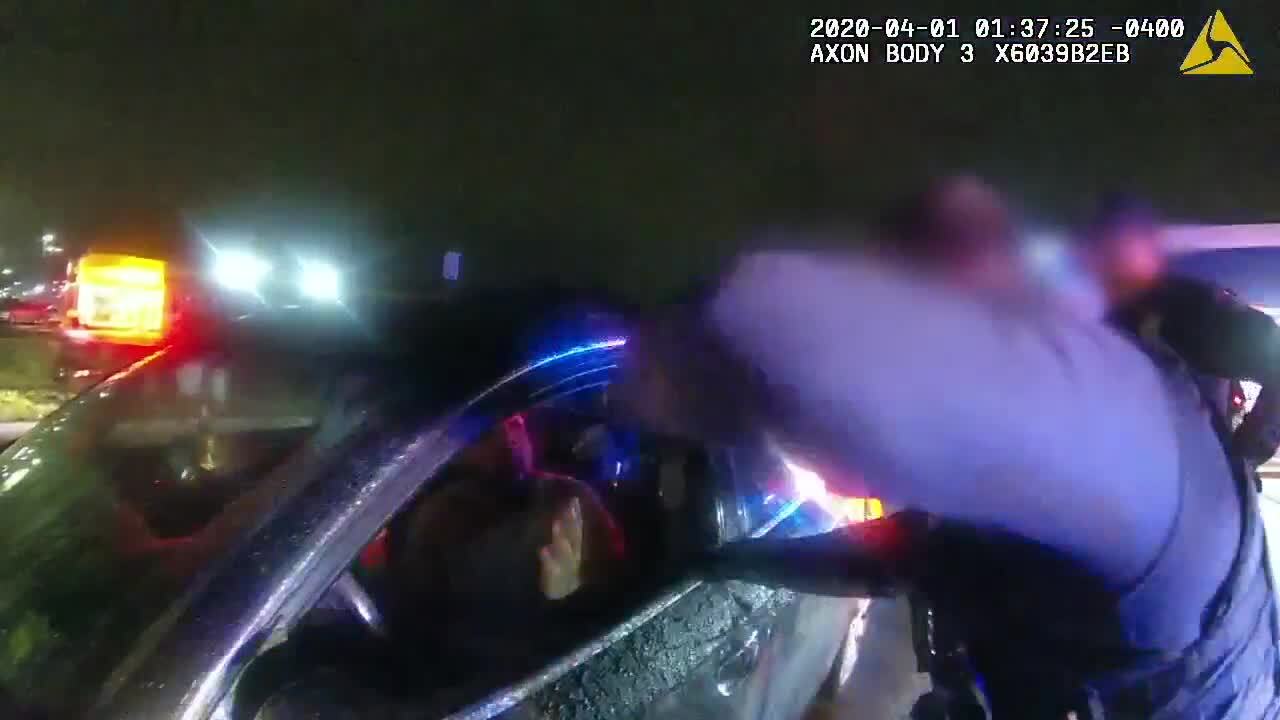 (WXYZ) — A man from Southfield says he was unfairly charged with two felonies after Taylor police hit him in the face and pulled him out of his car. Now, questions are being raised about the use of force during this arrest, and why the 33-year-old was charged with fleeing and obstructing police.

Even though the arrest happened in April, it did not become public until recently when the criminal charges were dropped.

Now the man at the center of the case says he’s speaking out so this doesn’t happen to anyone else.

In the early hours of April 1, a woman called Taylor police to report that her boyfriend had fought with her, and damaged her apartment.

In the arresting officer’s dash cam video, it’s evident that as soon the officer turns on his lights and siren, Morgan turns into a gas station. But 34 seconds later, seven officers surround the car. Morgan puts his hands up, but one of the officers punches him and the face, and two others grab his arm, pull him out of the car, and then push him to the ground. The body camera footage is laced with expletives from the officers, who we are not identifying since they have not been charged with a crime.

“I’m getting out,” yelled Morgan.

When Taylor PD turned on lights/sirens after spotting Brendan Morgan’s car, it took him 34 secs to pull over. But what happened next left him facing felony charges and left Taylor’s Chief handing out discipline. Tonight @wxyzdetroit 6pm you’ll see how this arrest prompted change pic.twitter.com/BHHPh6Cha2

Morgan says he was pushed onto his right arm and said he could not get it free for officers to handcuff him. That’s when one of the officers used his taser multiple times, prompting Morgan to shriek in pain.

“(Expletive) tase him,” said officers. “Tase him again!! Bro, give me your hand.”

Once Morgan is handcuffed, one of the officers says, “Welcome to Taylor.” Another one says, “You shouldn’t play with the police, brother.”

Officers said in their warrant request that Morgan refused to stop his car, and that he “began to walk away from his vehicle” so “officers escorted Morgan to the ground.”

That’s how a misdemeanor domestic violence case got charged as felony fleeing police and felony assaulting or obstructing police.

“I complied, so why am I being treated like this,” Morgan told 7 Investigator Heather Catallo.

The police reports show Morgan was only driving about 5-10 miles an hour. And Morgan says he had a good reason to wait those 34 seconds to stop until he got to the gas station.

“I just wanted to be safe. I pulled into a lighted area and then was still treated like I was such a threat,” said Morgan.

“The behavior of these officers is reprehensible. They act like a mob,” said Todd Russell Perkins, Morgan’s attorney.

“Mr. Morgan fought never! And when he rolled down his windows he was assaulted,” said Perkins.

“There’s no explicable reason why this unfolded in a way that it did, other than these people should just not be the police.”

“What went through your mind when they said ‘Welcome to Taylor,” asked Catallo.

Taylor police sent the Wayne County Prosecutor an 11-page warrant request, and Morgan was charged the next day.

Once the case got to Taylor District Court on July 27 for a preliminary examination, and once Judge Raymond Charron saw the video, the felony fleeing and obstruction charges were dismissed.

“The defendant did pull into the gas station, did stop, he was not blocked, and in point of fact, watching the video and listening to the testimony of the officers, they both saw his hands… He obviously didn’t have any weapon in either hand, and I didn’t see anything that would indicate to me that he resisted or opposed the officers, outside of perhaps a few seconds where his right arm was underneath his body and he didn’t put it to his back,” said Judge Charron as he dismissed the case.

“That courtroom prosecutor should have reported to that to their supervisor. And that should have taken some effect, and they should have initiated some form of investigation,” said Perkins.

“You put these charges on me, I have to bond myself out, buy an attorney, lose money, lose work, just because you lied on me! It’s not fair,” said Morgan.

“We’re not satisfied with policing like that. We want to be professional, we want to treat people with respect and that’s how we’re going to operate here in the city of Taylor,” said Taylor Police Chief John Blair.

Blair says he disciplined his officers for their actions the day after this arrest. Blair also says the entire department participated in training on diversity, implicit bias, and de-escalation tactics.

“We self-monitored. We found this. We reacted not because someone else brought it to our attention, we found it, we corrected it with discipline, we changed policy. We provided training to the entire department,” said Blair.

When asked why his officers said, "Welcome to Taylor," Blair said, “We don’t appreciate comments like that. That’s not the way things should be done.”

The Wayne County prosecutor would not talk to us on camera about this, but her spokeswoman said that after the 7 Investigators made them aware of this case, they have now referred it to their Public Integrity Unit to review the officer’s actions.