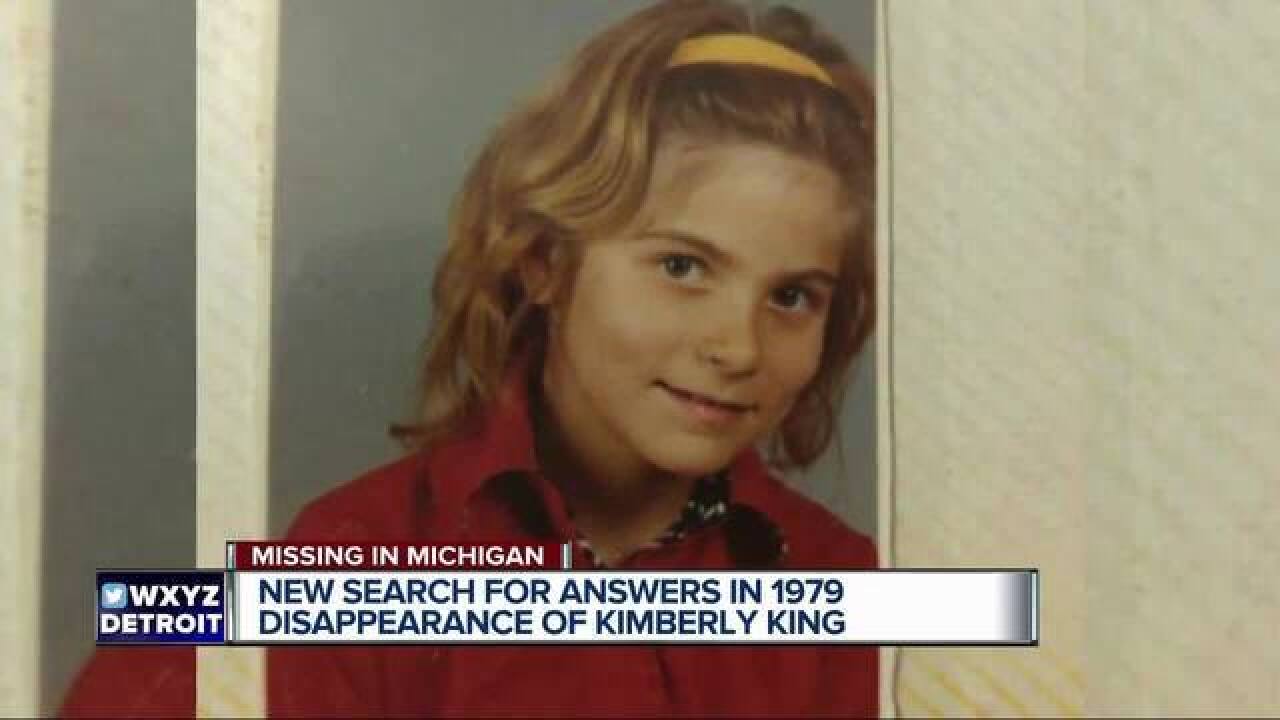 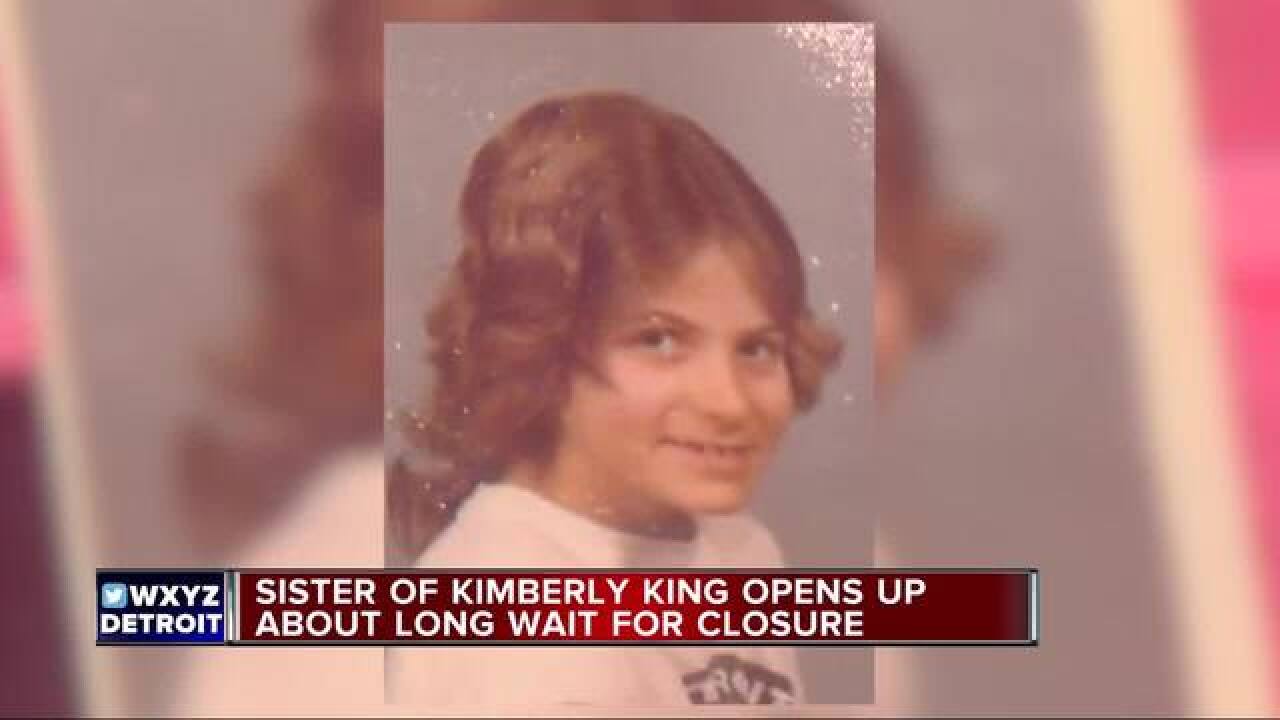 A metro Detroit woman is praying and holding out hope, that 40 years after her sister disappeared, she’ll soon find out where she is and what happened.

The FBI and Warren police are conducting a massive search at a site in Macomb Township.

Information led law enforcement to a location behind a sub-division near 23 Mile and North Avenue in the search for Kimberly King.

Several other innocent young girls went missing as well. Police are hoping to recover their remains as well.

Kathie Lucas, Kimberly’s sister believes this mission might be the best chance to get answers and then justice.

“The sheer situation that I’ve seen in these last couple of days has lead me to believe that this might be the last, best chance. We’re losing years, either for people who witnessed it, or for the person who did it, to whatever just anyone who knows anything that might connect it to”, says Lucas.

Kathie lovingly holds a small picture of her litter sister and prayers that one day she’ll finally lay Kimberly to rest with the dignity and respect she deserves.